NASHVILLE, TENN.- This summer, the Vanderbilt Fine Arts Gallery explores how, for centuries, artists have rendered nature in a tranquil, idyllic form in Pastorals, Landscapes, and the Arcadian Vision, which features over fifty paintings and works on paper from the seventeenth to twentieth centuries. Pastorals, Landscapes, and the Arcadian Vision will remain on view through September 9, 2016.

The mythologized Arcadia, which is a mountainous region in the Peloponnesian peninsula, emerged in the first century BCE when the Roman poet Virgil wrote the Eclogues and Georgics. These poems recreated Arcadia as a place of country life in its purest form, removed from the civilized city, where rustic shepherds subsist on the meat and milk of their herds. Virgil’s contemporary, Horace, wrote Ut Pictura Poesis, “as is poetry, so is painting,” inspiring generations to come about how these two artistic mediums work in tandem. A selection of poetry excerpts spanning several centuries is included to reinforce this relationship.

Pastorals have often been created as a fiction for an educated, urban audience. Whether manifesting in poetry or in the visual arts, this genre helps the consumer envision a peaceful and harmonic world in contrast to an urban one of bustle and conflict. In painting, this reached a new height in the Italian Renaissance through works by Titian and Georgione, the latter of whom was particularly influenced by the Italian poet, Jacopo Sannazzaro’s Arcadia (1504). Vanderbilt’s holdings begin to tell the story through the seventeenth century Dutch Italianate painters and printmakers Jan Both and Nicolaes Berchem and with delightful, intimate etchings by the Dutch genre artist Adriaen van Ostade. All three of these artists’ works reflect the widely held contemporary view that nature should be improved upon in poetry and painting. 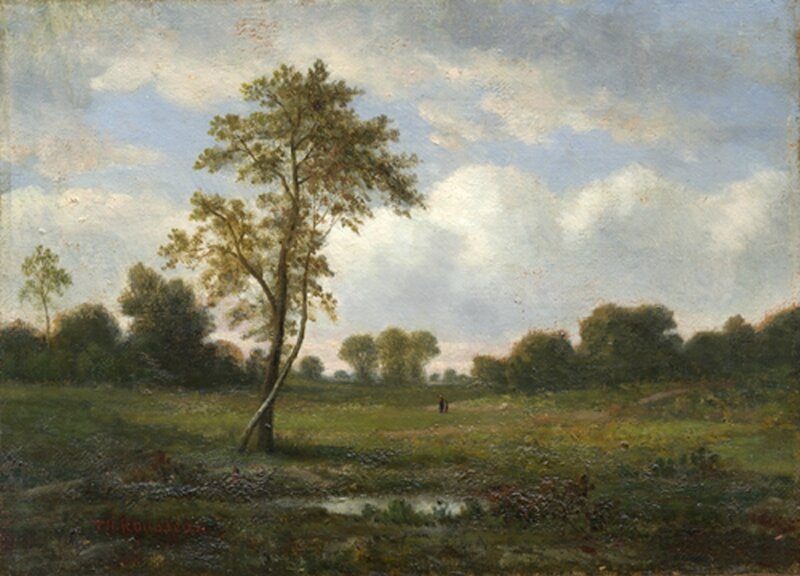 The exhibition traces the steady popularity of landscapes in France through the work of Claudine Stella (1636–1697), Philippe Caresme (1734–1796), and Théodore Rouseeau (1812–1867). Additionally, there are two small woodcuts by Aristide Maillol (1861–1944) created as illustrations to Virgil’s Georgics and Eclogues. Paintings and prints by English and American artists are also included. While the dates of these landscapes span several centuries, the close connection between poetry and the visual arts is the thread that links them together. Thomas Nason’s Connecticut Pastoral, 1936, represents the longevity of this relationship, as Nason was one of Robert Frost’s primary illustrators in the early twentieth century.

Pastorals, Landscapes, and the Arcadian Vision is organized by the Vanderbilt University Fine Arts Gallery and curated by Joseph S. Mella, director.