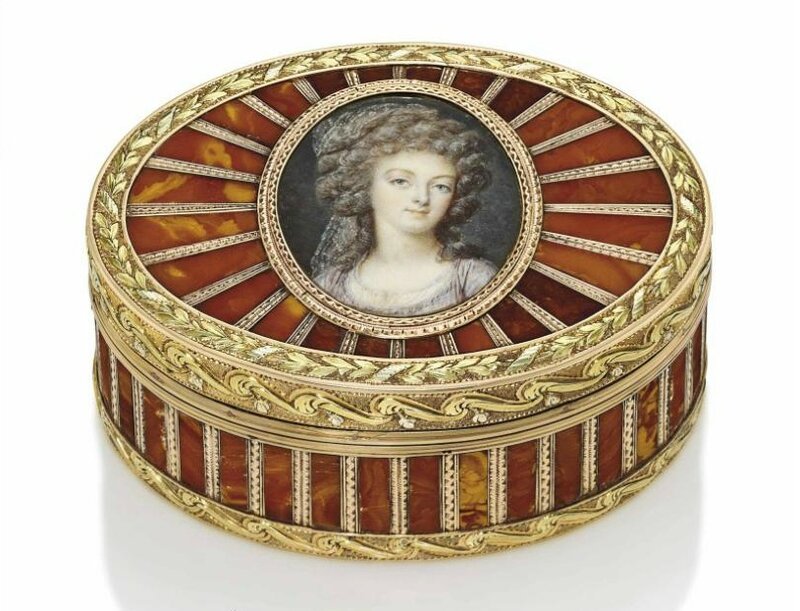 The box is reputed to have belonged at one time to Empress Eugenie of France (1826-1920), consort of Emperor Napoleon III of France.

Notes: François Dumont was one of the greatest and most sought after miniaturists in France during 18th century. He painted a number of portrait miniatures of the Queen from the late 1770s onwards and he became her official court painter. Because of his elevated position at the court of Louis XVI, he was imprisoned during the French Revolution but was released on the fall of Robespierre in 1794. On the Bourbon Restoration he continued to paint for Charles X and King Louis XVIII. Other patrons included prominent artists, musicians and performers of his day.