Dragon from Clavis Artis, an alchemy manuscript created in Germany in the late 17th or early 18th century, attributed to the Persian Zoroaster (Zarathustra).

Clavis Artis is the title of an alchemy manuscript created in Germany in the late seventeenth or early eighteenth century, attributed to the Persian Zoroaster (Zarathustra). The work is in three volumes of medium format, two of which are illustrated here. The text is in German Gothic script cursive and is accompanied by numerous illustrations in watercolor depicting alchemical images. There are also some pen drawings depicting laboratory instruments.

There are 3 copies of the manuscript, of which only two are illustrated. The most well-known is the Biblioteca dell’Accademia Nazionale dei Lincei in Rome. Another copy is kept in Trieste at the Public Library Attilio Hortis. A different version, in a single volume and without illustrations, is located at the Bayerische Staatsbibliothek, of Monaco of Bavaria.

A copy of the manuscript was also present at the Duchess Anna Amalia Bibliothek, of Weimar, but was destroyed in the 2004 fire that hit the German library.

The attention of scholars to the manuscript is relatively recent because of the few existing copies and their low prevalence. 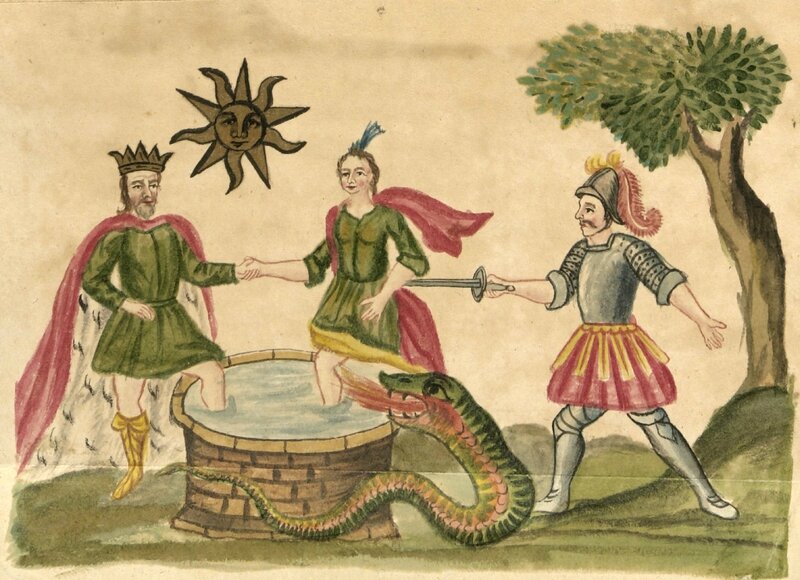 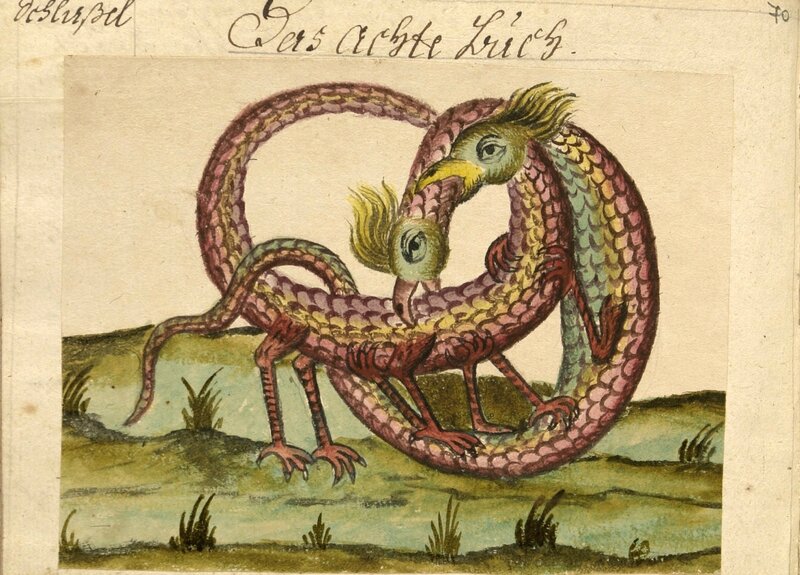 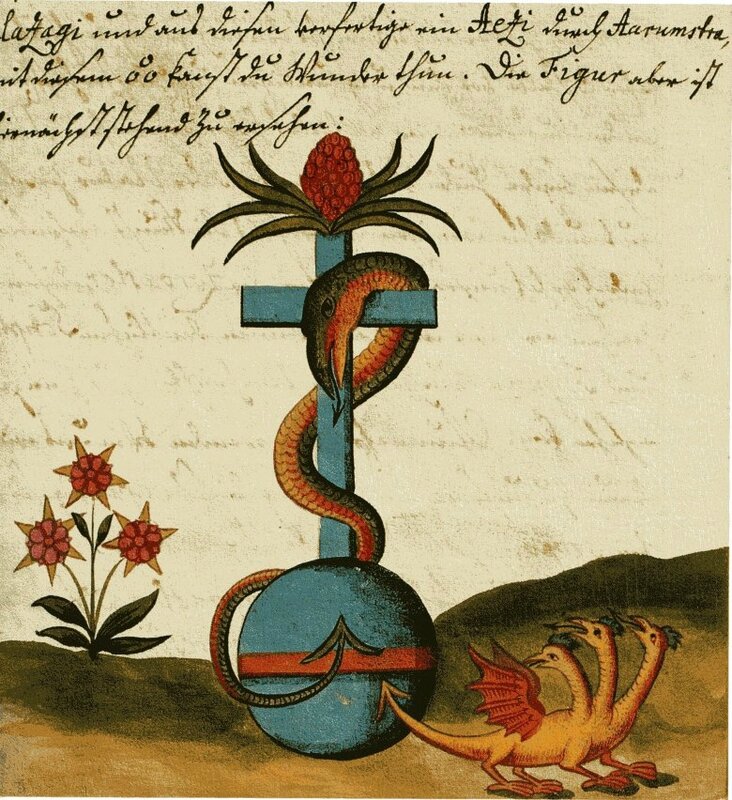