The Best of German engineering heads to Bonhams Chantilly sale

The Best of German engineering heads to Bonhams Chantilly sale

LONDON.- The best of German automotive engineering is headed to Bonhams 3 September Chantilly Sale, led by one of the greatest performance automobiles of the 1930s, the Mercedes-Benz 500K Special Roadster. This superb example comes direct from the oldest industrialist family in Germany, and is estimated at €5,000,000-7,000,000.

In 1935 the 500K took pride of place on the Mercedes-Benz stand at the Berlin Motor Show, where it was promptly bought by Hans Friedrech Prym (1875-1965). Hans came from the industrial Prym dynasty, a family who for twelve generations had produced haberdashery, copper, and brass products, leading to Hans becoming known locally as the ‘zipper king’.

“It’s no surprise that the 500K appealed to Hans Prym, who was a highly successful industrialist,” said Philip Kantor, Bonhams European Head of Motoring. “The vehicle was vast, stately, and incredibly powerful, only to be possessed by the elite.”

In 1945 the invading American troops confiscated the car from Hans Prym’s estate, after which it disappeared without trace for the next quarter of a century. It was later discovered in America, where it passed through the hands of several well-known collectors.

It was then restored by Richie Clyne of Imperial Palace and added to the collection of the renowned Lyon family. Offered at auction in 2011, the car was purchased by a well-known Dutch Mercedes collector. However, when the new owner brought the car back to Essen, Germany, it was seized by the authorities.

“Whilst it was believed by many to have been sold in 1945, a 2012 ruling later stated that the 500K was actually stolen. It is thought to have been taken from the Prym’s property – based near the Belgian border – by U.S. soldiers at the end World War II. Now this incredible motor car is safely back in the hands of its rightful owners, who have elected Bonhams to offer it at auction.” added Philip Kantor. “The pinnacle of 1930s automotive technology, it is one of only 29 of its type produced. In magnificent condition, we expect strong bidding.” 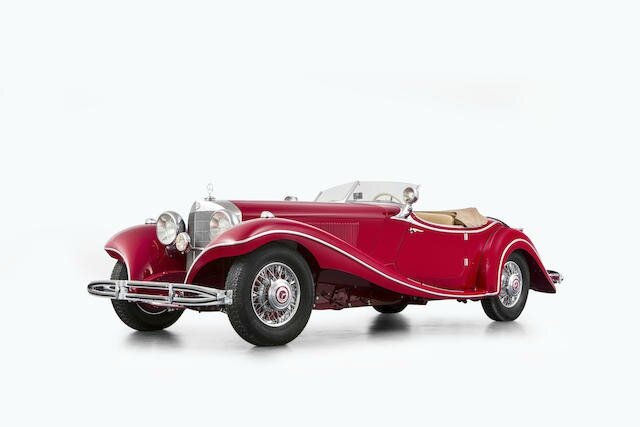 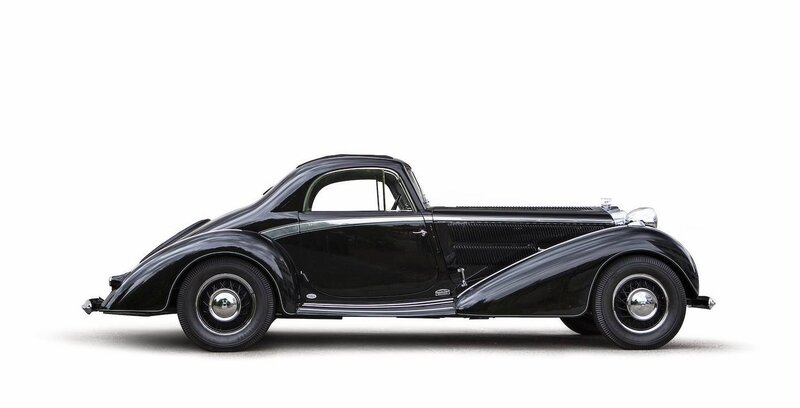 Bonhams Chantilly Sale takes place on the grounds of the Château de Chantilly, at Chantilly Concours d’Elegance now in its 3rd year. The annual event attracts thousands of spectators, taking in the delights of the "Concours d'Elegance" competition for modern concept cars, and a superb "Concours d'Etat" for classic cars from around the world. The "Art & Elegance" event also plays host to fine art exhibitions, fashion shows, live music and various lifestyle exhibits, all on the grounds of the magnificent château.