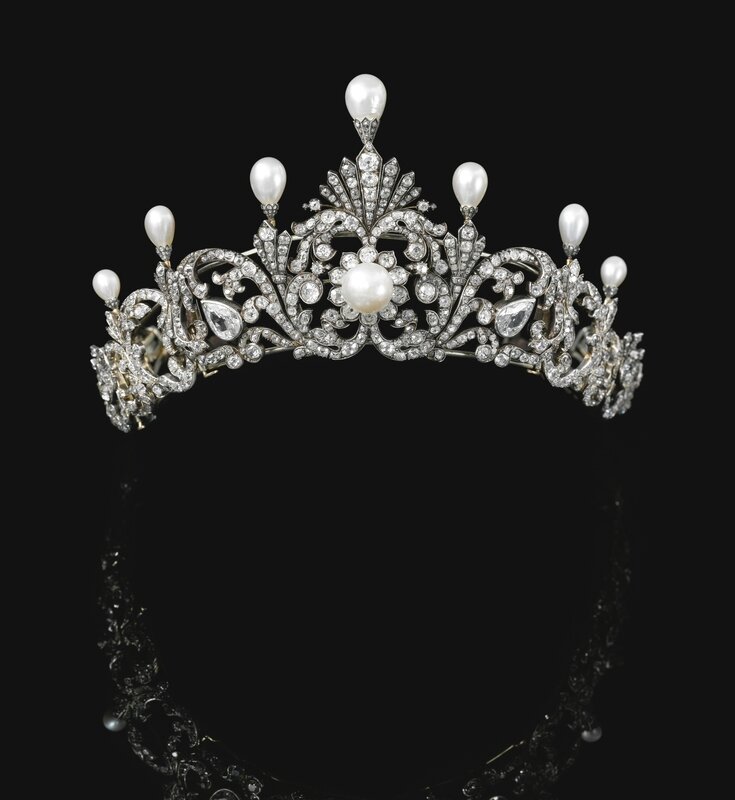 Of foliate scroll design, surmounted with seven drop-shaped natural pearls each in a mount embellished with rose diamonds, graduated in size from the centre, the scroll surrounds set with pear-, cushion-shaped and circular-cut diamonds, the button-shaped pearl at the centre of a cluster motif, inner circumference approximately 380mm, may be detached into eight jewels, three may be worn as brooches, the two larger pear shaped diamonds are later additions, accompanied by a fitted case.

Accompanied by SSEF report no. 64909, stating that the eight pearls were found to be natural, saltwater.