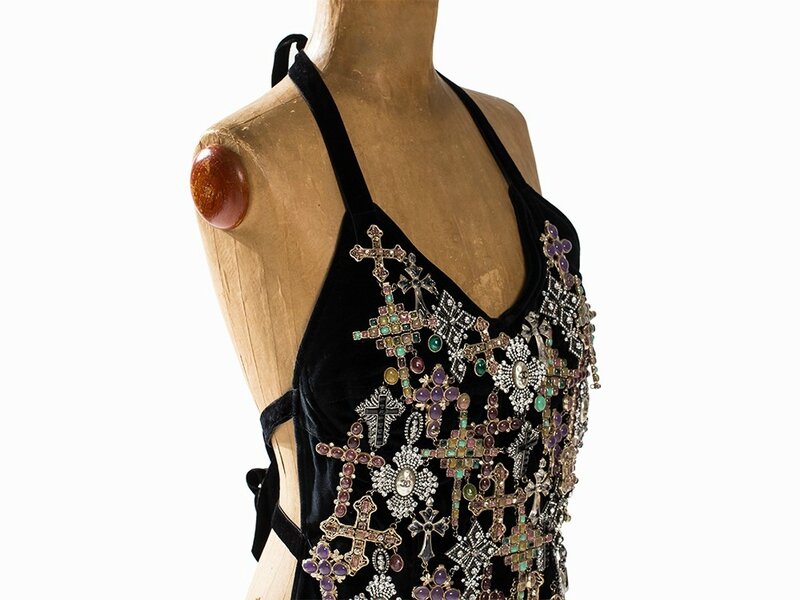 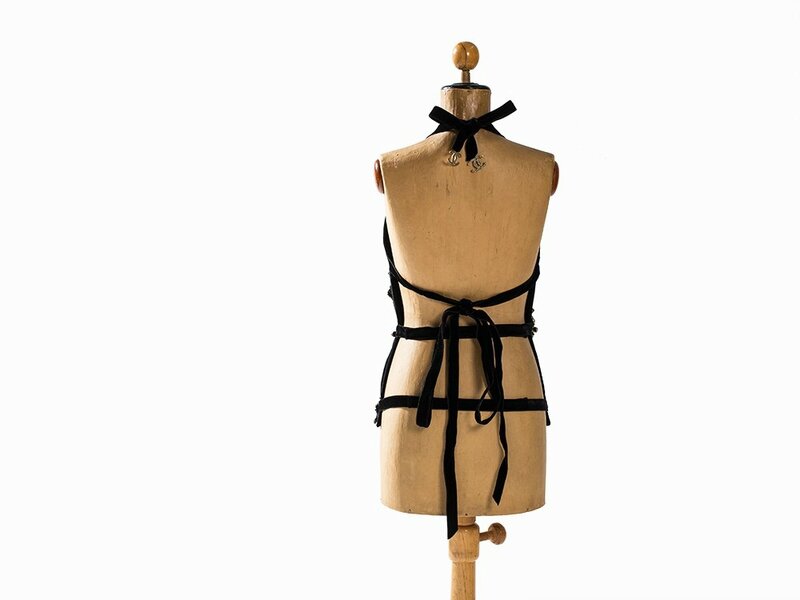 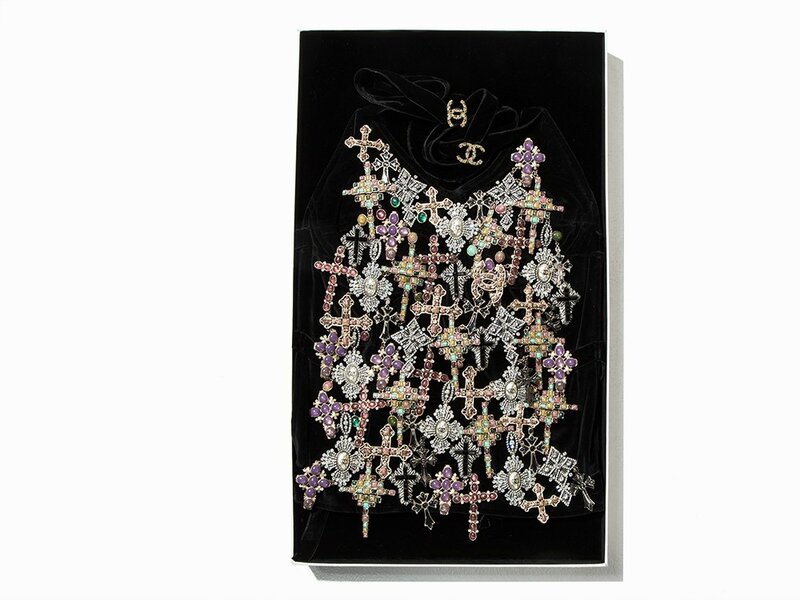 The rare exceptional collier bustier was made for the Métiers d’Art collection ‘Chanel Paris – Moscow’ in 2008/ 2009 by Karl Lagerfeld in cooperation with the Chanel subsidiary Ateliers of Desrues and Paraffection.

CHANEL. Gabrielle Bonheur Chanel, also known as Coco Chanel, is one of the most influential fashion designers of the 20th century. Known for her avant-garde and seductive style during the 1920s, her trend setting designs paved the way for what fashion has become today. Coco Chanel became the first great couturière because she adopted a new androgynous style made out of jersey. By the early 20s, Chanel launched her signature cardigan jacket and the following year matched its success with her versatile, semi-formal ‘little black dress’. Both pieces quickly became a Chanel trademark and an enduring fashion standard. To the jacket, she added the luxury Chanel Classic Flapbag 2.55, named after its launch in February 1955. Coco Chanel died on 10 January 1971 at the Hotel Ritz in Paris where she had a residence for more than 30 years. Since 1983, Karl Lagerfeld has been creative director of Chanel's fashion house. His contemporary creations are marked by unconventionality, perfectionism and uniqueness.