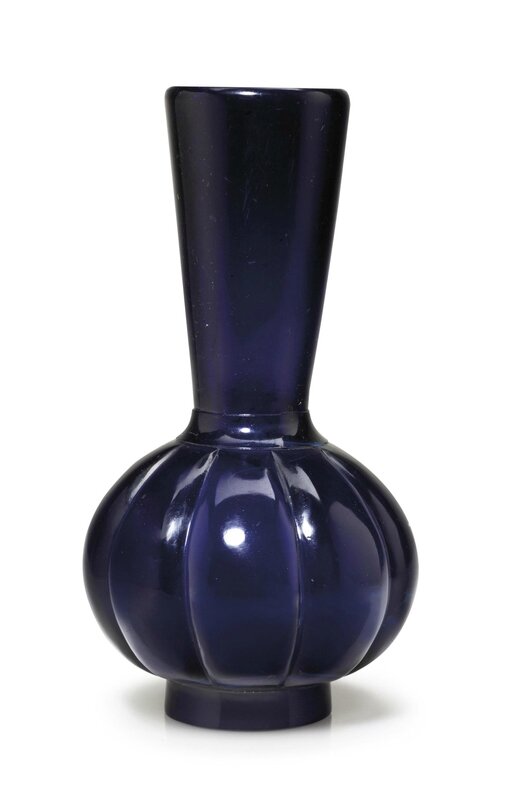 The globular body of the thick-walled vase is carved with nine lobes below a plain band at the base of the tall, flared neck. 8 in. (20.3 cm.) high

Note: The color and shape of this unusual vase is stylistically similar to a larger example (11 7/8 in.) with Qianlong four-character mark, where the body is cut with sixteen facets rather than the nine lobes of the present vase, sold at Christie's Hong Kong, 19 September 2013, lot 1598. See, also, the Qianlong-marked blue glass bottle vase with a more usual cylindrical neck, but a similar lobed body and band at the base of the neck, from the Shorenstein Collection, sold at Christie's Hong Kong, 1 December 2010, lot 2947.

Christie's on line. The Art of China.