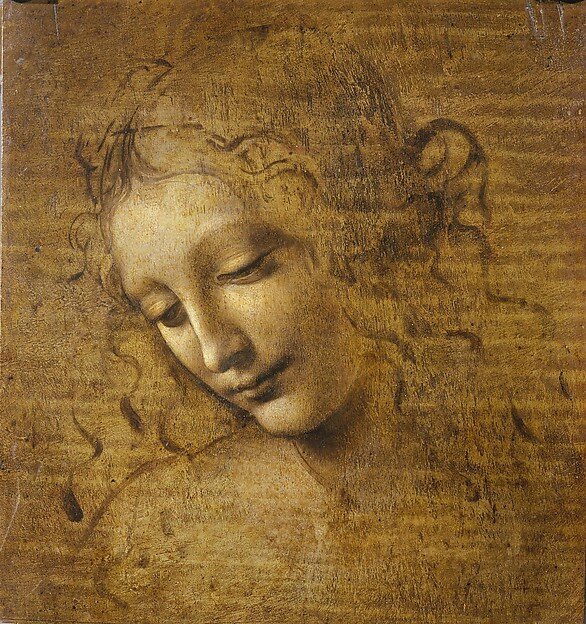 This unfinished portrayal of a young woman with disheveled hair (hence its nickname, scapigliata) is principally a brush drawing with some pigment, its treatment similar to other incomplete works by the artist. Yet the contrast between the sketchiness of the hair and neck and the refined modeling of the face must be intentional. It suggests that Leonardo was inspired by a passage (well-known during the Renaissance) by the ancient Roman author Pliny the Elder. Pliny remarked that the great artist Apelles left his last depiction of the Venus of Cos incomplete and that the work was nonetheless more admired than his first, finished painting of the goddess.