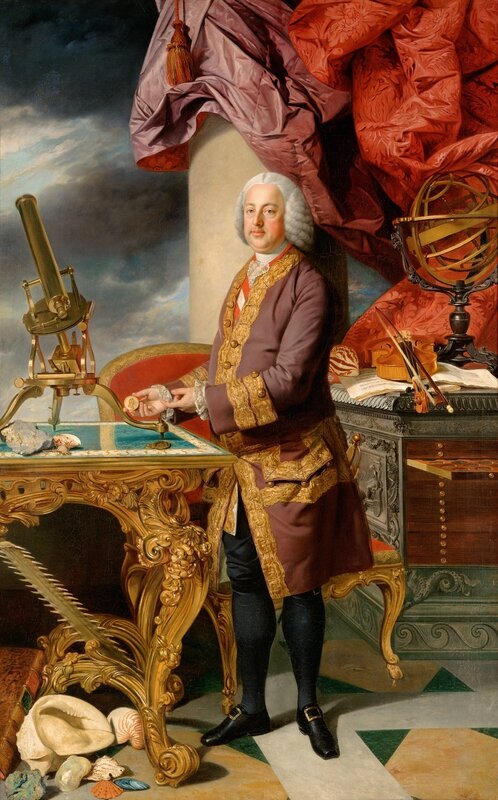 VIENNA.- As part of the 125th anniversary celebrations of the Kunsthistorisches Museum the Coin Collection is showing a special exhibition featuring selected gold coins from the Imperial Numophylaciums, the Emperor’s coin collection.

Renowned for its size and the quality and rarity of its holdings, the world-famous collection in Vienna owes its fame to generations of Austrian rulers and their love of collecting.

From gold coins in everyday circulation to veritable gold giants (singular commemorative issues commissioned by the Emperor for representational purposes) to so-called “splendid” medals (Prunkmedaillen) made exclusively as gifts for the Emperor, the exhibition showcases the collection’s exceptional range of historical gold coinages and looks at “The Emperor’s Gold” in all its glittering facets. FROM CLASSICAL ANTIQUITY TO THE MODERN AGE
Far outstripping all other metals in value in classical antiquity, gold played a seminal role in trade and the economy. In addition to regular gold coins large multipla (gold coins weighing several times their facevalue) were issued; they represented an extremely large amount of purchasing power and frequently featured specially selected images rendered with a wealth of details made possible by their size, all of which suggests that many of them were intended as gifts for high-ranking dignitaries. “SPLENDID“ MEDALS (PRUNKMEDAILLEN)
Prunkmedaillen form one of the highlights of this exhibition. Over time, more and more ordinary patrons made use of the medium of medals, which meant that high-ranking recipients were best honoured by being presented with a Prunkmedaille; they differ from ordinary medals because of their exceptional size, their impressive weight and the large amount of precious metal needed to mint them. Only a few, sometimes only a single example was produced and dedicated to the ruler or some other high-ranking dignitary, making their singularity something of a prerequisite.

One of the highlights of this part of the collection, which grew to its present impressive size over five centuries, is the official medal of honour presented to Emperor Francis Joseph (r. 1848-1916) on December 2, 1908 to celebrate the 60th anniversary of his accession to the throne (vitrine 5). The medal features a shallow relief, which is typical for the time. The city of Vienna invited selected artists to participate in a competition, which was eventually won by the design presented by the Viennese medallist Ludwig Hujer. Only a single gold medal was ever produced, and this was presented to the Emperor on November 30, 1908 by a delegation of city councillors led by Mayor Lueger. Shortly afterwards the Emperor deposited the medal in the Coin Collection, where it forms the centrepiece of this section. HOARDS AND TREASURES
Most of the extant ancient multiples (i.e. gold coins in commonly used denominations weighing several times their face-value), including some veritable gold giants, come from spectacular hoards. Probably the most important treasure comprising gold coins from Late Antiquity was discovered at Szilágysomlyò in Transylvania (Romania); it was acquired for the imperial collection in 1797. Among other things it included the largest extant ancient gold medal, which weighs over 400 grams.

Also on show are coins incorporated into jewellery that was part of a hoard found in 1805 at Petrijanec (Croatia), as well as two gold bars from a treasure discovered in 1887 at Czófalva (Romania). The two gold bars were presented to the imperial collection by Baron Karl Bachofen von Echt in 1906. 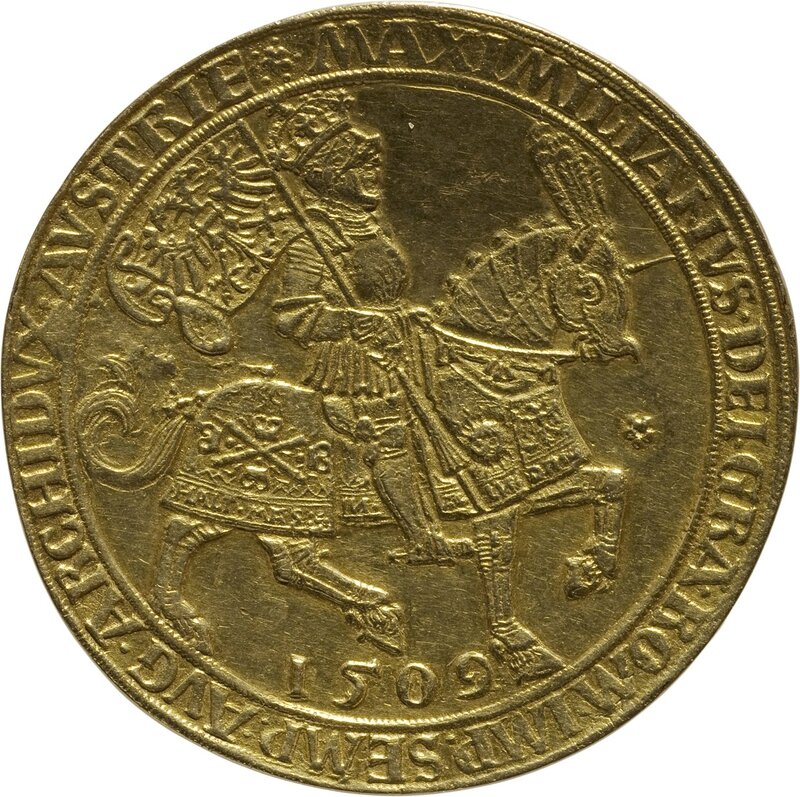 IMPERIAL COLLECTORS AND CONNOISSEURS
Rivalled only by the one in Paris, the Vienna Coin Collection was already regarded as the foremost collection of its kind in the world at the turn of the 19th century. Two seminal collectors still stand out today: Emperor Charles VI (r. 1711-1740) and Emperor Francis Stephen I (r. 1745-1764). The former collected primarily medals, the latter added a new approach to imperial coin collecting by focusing on contemporary, i.e. modern coinages, and he assembled a collection unrivalled in Europe. After his death, his successor ordered the amalgamation of the different collections, resulting in the birth of the Vienna Coin Collection as we know it today. The inventory commissioned in 1766 lists almost 500.000 objects, including 21.000 ancient medals alone.

Although this continues to shape the appearance of the collection, a number of unique holdings were subsequently added. In the exhibition we showcase the private collection assembled by the imperial chancellor of state Count (from 1764 Prince) Wenzel Anton Kaunitz-Rietberg; among many other things his collection comprised Russian gold medals weighing the equivalent of 4.117 ducats (over 14 kilograms), which entered the collection through his heirs. We also look at the holdings of Crown-Prince Rudolf of Habsburg (1859-1889), which bear witness to the amount of important dedication- and commemorative medals a highranking dignitary could assemble. HE BIRTHPLACE OF NUMISMATICS
The late 18th century saw the compilation of comprehensive catalogues raisonnés, both of the classical and the modern sections of the collection. They made the holdings accessible to international experts, and these scholarly descriptions were highly praised. The curators developed classification criteria and systematisations that remain valid and in use today, making the Vienna Coin Collection the birthplace of numismatics as an independent scientific discipline. 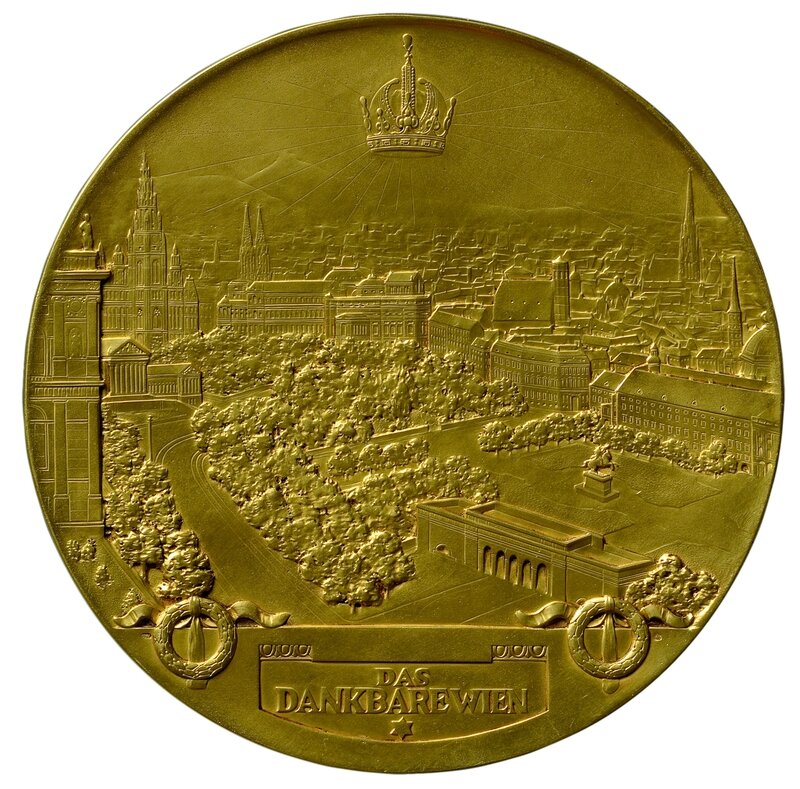 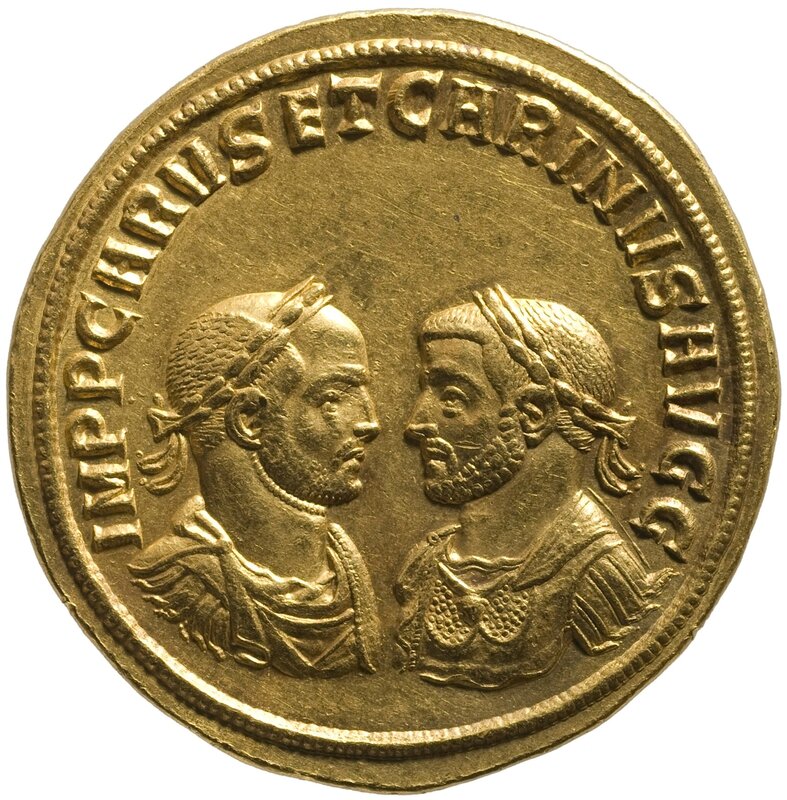