Gold and the Gods: Jewels of Ancient Nubia on view at the Museum of Fine Arts, Boston

Gold and the Gods: Jewels of Ancient Nubia on view at the Museum of Fine Arts, Boston BOSTON, MA (June 23, 2014)—A world-class collection of jewels from ancient Nubia at the Museum of Fine Arts, Boston (MFA), will go on view this summer in Gold and the Gods: Jewels of Ancient Nubia. The MFA’s collection of Nubian adornments is the most comprehensive outside Khartoum—the result of an early 20th-century expedition by the Museum with Harvard University. The exhibition opens on July 19, and includes works by Nubian goldsmiths and jewelers, who were among the most innovative in the ancient world. Featuring some 100 excavated ornaments dating from 1700 BC to AD 300, which will be on view in the Rita J. and Stanley H. Kaplan Family Foundation Gallery, the exhibition explores the royal tombs of kings and queens, which were filled with elaborate jewelry such as necklaces, amulets, stacked bracelets and earrings. The MFA is unique in its ability to mount an exhibition of Nubian jewelry and adornment drawn exclusively from its own collection. In addition to gold––Nubia’s most important commodity––jewelry in the exhibition incorporates precious materials such as lapis lazuli (imported from Afghanistan), blue chalcedony (imported from Turkey), amethystine quartz and carnelian, as well as enamel and glass––both of which were rare and valuable new technologies at the time. The exhibition is accompanied by a fully illustrated MFA Publication on Nubian jewelry. “The Nubian Nile valley was home to highly sophisticated and dynamic cultures, and their spectacular jewelry demonstrates the technical skill and aesthetic sensitivity of Nubian artisans. Few people are familiar with this fascinating civilization––it might even be called the ‘greatest ancient civilization you’ve never heard of,’” said Denise Doxey, Curator, Ancient Egyptian, Nubian, and Near Eastern Art at the MFA.

The people of ancient Nubia (known in antiquity as Kushites) occupied the land between Aswan in the north and Khartoum in the south. Their neighbor to the north was Egypt, a formidable state with a rich material culture that looked to Nubia for exotic luxury goods such as ivory, ebony, animal skins, ostrich eggs and gold. Gold was an especially valuable commodity in the ancient world––as it is today––and Nubia was the main source of this precious metal. Gold was also a sacred substance, associated in both Egypt and Nubia with the powerful sun god, Amen-Re. Gold nuggets were worn as amulets in Nubia, and ritual objects made of stone or wood were frequently covered in gold foil. 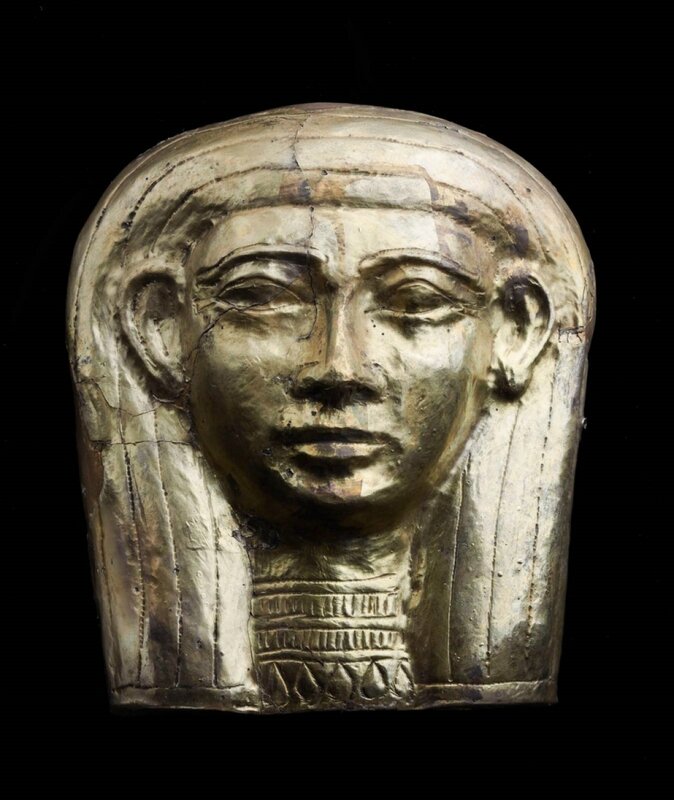 The exhibition focuses on centuries-old royal ornaments, including both uniquely Nubian objects and foreign imports, which were prized for their materials, craftsmanship, symbolism, innovation and rarity. An incredible range of objects are on view, many of which are extremely rare and in pristine condition, such as the Hathor-headed crystal pendant (743–712 BC). This work is the only example of a pendant featuring Hathor, goddess of love and motherhood, on a crystal orb, and was discovered in the tomb of a queen at el-Kurru, the burial place of the early rulers of the Napatan Period (the era between the mid-eighth and the late fourth centuries BC). Cylindrical amulet cases such as this were worn suspended from the neck, and were believed to have special powers. Found buried with the dead, some have contained sheets of papyrus or metal inscribed with magical texts.

“One of the most important aspects of the Museum’s Nubian holdings is the archival component, such as photos and drawings from the excavations. These materials provide a vital context in which to understand where, how, and why jewelry was worn and appreciated. In the exhibition, we have taken advantage of the MFA’s resources, incorporating enlarged excavation photos on the walls and smaller images on select labels,” said Yvonne Markowitz, Rita J. Kaplan and Susan B. Kaplan Curator of Jewelry at the MFA. Elaborate jewels accompanied the burials of Nubian queens at el-Kurru, including three-dimensional pendants made of  precious metal and hard stone, such as the Amulet of Maat (743–712 BC). Gold amulets, gold finger and toe caps and funerary masks of precious metal, such as the gilt-silver Mask of Queen Malakaye (664–653 BC), adorned the tombs’ royal mummies. From the nearby cemetery at Nuri comes the stunning Winged Isis pectoral (538–519 BC), made of gold, which depicts the goddess wearing an intricate bead-net dress and a throne-shaped headdress––the hieroglyph for her name. In her hands she holds hieroglyphic symbols meaning “the breath of life.”

Throughout antiquity, jewelry was imbued with magical meanings—wearing it was literally a matter of life or death. The Kushites created elaborate amulets to protect the wearer from evil, and their tombs were filled with an abundance of these objects. Winged goddess pectoral(743–712 BC) depicts a nude, winged faience goddess crowned with a sun disc, uraeus (serpent) and feathers. Amulets like these could have been intended to ensure the resurrection and rebirth of their owners, or to place them under the direct protection of the great gods. Others were believed to repel malevolent spirits. The glass industry was especially advanced in ancient Nubia beginning in the fourth century BC, when craftsmen perfected the process of enameling on metal, and could boast the first use of brownish-red enamel in the ancient world. An example of this new technology is theBracelet with image of Hathor (100 BC). The work draws on the tricolor symbology common in ancient Egypt—namely, blue, green and red. The bracelet is composed of three parts, with the colored enamel decoration filling the negative spaces and showcasing a seated figure of the goddess in the center. Meroitic rulers (from the Nubian city of Meroe, which flourished between 300 BC–AD 364) adopted many distinctive royal accoutrements such as this, and are frequently portrayed laden with elaborate jewelry, including broad collars, necklaces of heavy ball beads, large pendants, anklets, stacked bracelets, armbands, earrings, finger rings (sometimes stacked) and occasionally archers’ thumb rings.

A number of earring styles were worn in Meroe—disk-shaped ear studs; ram-head studs; wire hoops with pendants; and cast penannular (with a small gap) earrings. Some depict protective local deities, such as Hathor and Bes. Others resemble ear ornaments from the ancient Greek world. Once believed to be imports, scientific analyses indicate these were actually made locally. Nubian jewelry typically bore images of gods and religious symbols, which were intended to bring the owner divine protection. A Double Hathor head earring (90 BC–50 AD) depicts a lotus flower with enamel inlay, surmounted by two Hathor heads with sun discs. Some of the exhibition’s earliest works come from Nubia’s Classic Kerma period (1700–1550 BC), when jewelers favored a variety of materials for their color, texture, luster and symbolic significance. A particularly distinctive medium was blue-glazed quartz, a substance difficult to produce, but beautifully translucent, as exemplified in theNecklace with cylinder amulet case (1700–1550 BC) and the String of beads with a glazed quartz pendant (1700–1550 BC). Kerma’s formidable warriors were also buried with distinctive items of adornment. Functional swords and daggers were accompanied by miniature examples made with precious materials, which must have served a ceremonial function. Large stylized fly pendants, often found in pairs, are thought to have been military awards—likening the aggression of their wearers to that of the tenacious Nilotic fly. The MFA’s collection of ancient Egyptian and Nubian art is one of the most important in the world, excelling in both breadth and depth.  From 1905-1942, expeditions with Harvard University led to the discovery of many of the Museum’s most important ancient objects, which are on view in the Museum’s George D. and Margo Behrakis Wing of Art of the Ancient World.  Excavations occurred up and down the Nile, from the Mediterranean coast to Sudan, representing sites from the spectrum of Egyptian and Nubian history. Visitors to Gold and the Gods are encouraged to visit MFA galleries dedicated to Ancient Egypt to see more objects from these expeditions. 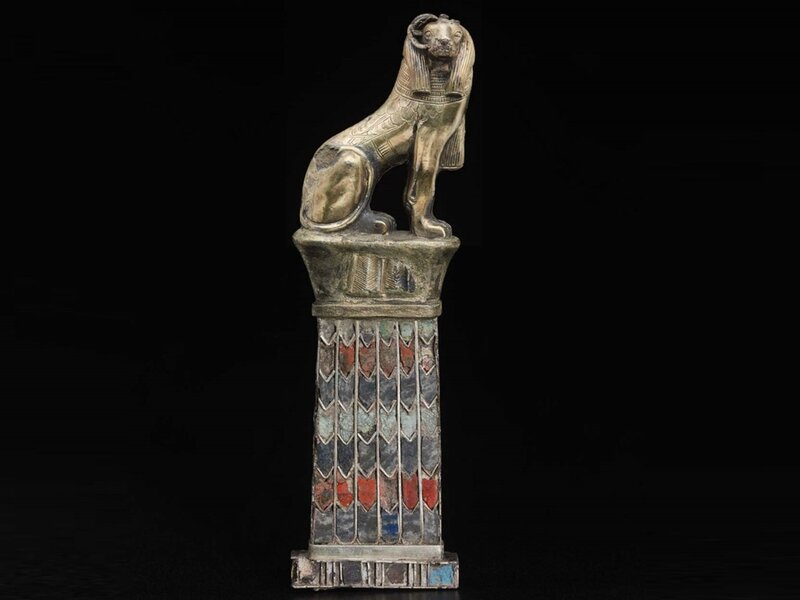 Commentaires sur Gold and the Gods: Jewels of Ancient Nubia on view at the Museum of Fine Arts, Boston