The Carved Coral depicts the Eight Immortals rising forth from a boat, backed by a fan and coral-form frame. This group is likely related to the mythical story of the Eight Immortals Crossing the Sea, which detailed the Immortals' exploration and discovery of underwater realms, popularized in E.T. Werner's 1922 volume, Myths and Legends of China. Note: This group is likely related to the mythical story of the Eight Immortals Crossing the Sea, which detailed the Immortals' exploration and discovery of underwater realms. 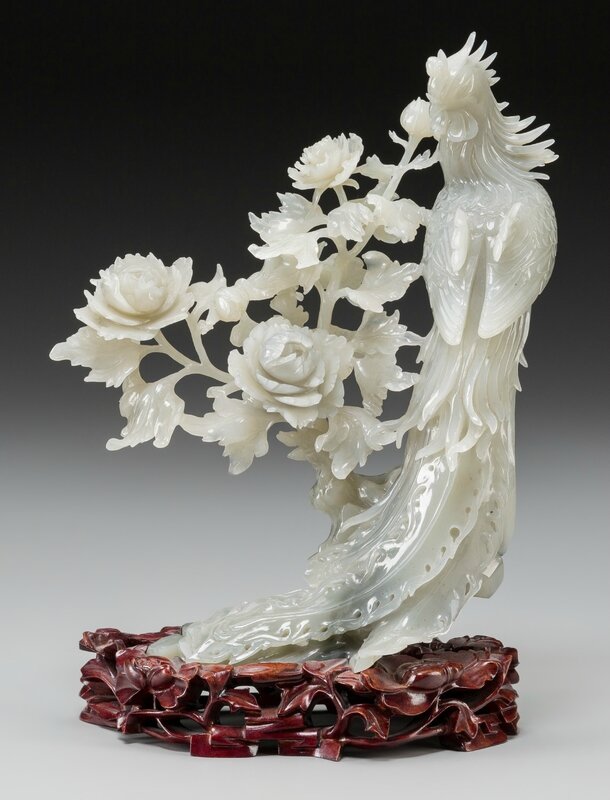 The finely carved-in-the-round phoenix with sweeping, reticulated tail feathers, standing on a rocky outcropping with gray tints through the body of the bird, a peony tree protruding from the other side of the rock with multiple blossoms in various stages of opening, symbolizing opulence and good fortune, raised on a carved rosewood base. The impressive urn surmounted by a group of birds resting branches of a blossoming cherry tree, branches lead to the body of the urn with continuous motif, raised on a fitted stand with silver inlay. The mountain-form carving with fish swimming through openwork coral to the left side, with a central koi fish leaping out of the water to eat from the lotus pods and blossoms, with a crab on a wave to the far right side, raised on a sea cucumber to reverse.

Of particular interest to Japanese cloisonné collectors is a Fine Japanese Cloisonné Enamel Jar and Cover (est. $4,000-$6,000). The Meiji Period covered jar was made by Namikawa Yasuyuki (1845-1927), whose work was widely acclaimed in Japan, earning him an appointment as an Imperial Household artist to the Japanese emperor. The gilt copper jar features complex wirework depicting a three-toed dragon, pheasant, butterflies, chrysanthemums, and floral motifs. 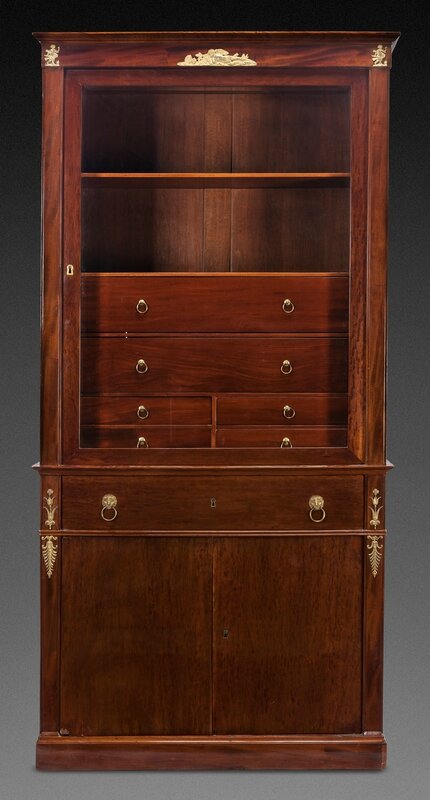 Additional highlights include, but are not limited by: