HONG KONG.- Sotheby’s Hong Kong will present Classical Chinese Paintings autumn sale on 3 October 2016 at Hall 3 of the Hong Kong Convention and Exhibition Centre. Building on the success of previous auctions, this sale principally consists of selections from important private collections including the Mi Yun Hall collection, the Sakamoto Gorō collection and a group of paintings formerly from the collection of artist Huang Guifen, the majority of which have been collected over many decades. Offering more than 80 lots of exquisite paintings and calligraphy spanning the Song to Qing dynasties, the sale is estimated at HK$37 – 58 million / US$4.7 – 7.4 million. Highlights include Li Yuan and Yuanze, attributed to Muqi, Landscape after Ni Zan by Wang Hui and Poem in Cursive Script by Zhu Yunming.

Steven Zuo, Head of Classical Chinese Paintings Department, Sotheby’s Asia, said, “Following New York’s Asia Week, Sotheby's Hong Kong is pleased to present its Classical Chinese Paintings sale, as part of our Autumn Sale Series. Leading the auction is a selection of high-calibre works globally sourced from the collections of esteemed connoisseurs and family estates, such as Huang Guifen, Sakamoto Gorō, as well as the Mi Yun Hall Collection. Ming and Qing dynasty masterworks, many of them fresh-to-the-market pieces with distinguished provenance, form the backbone of the sale.”

One of the six best-known painters in early Qing dynasty – including the ‘Four Wangs’, Wu Li was greatly influenced by the literati painting style of Dong Qichang, who was among the most influential literati in the late Ming dynasty. This resulted in a body of work that emphasises more subjective and freer painting. Spring Mountain in Seclusion was once kept by revered collector and connoisseur Wu Hufan, and appreciated by renowned Chinese artists and art collector, C.C.Wang.

Paintings and Calligraphy Previously from the Collection of Huang Guifen
Best known for his landscape paintings, Huang Guifen (1874 – 1953) was an artist and poet from Guangdong, whose circle of friends included celebrated scholars and connoisseurs of Chinese painting, calligraphy and poetry, such as Liang Dingfen, Ye Gongchou, and Li Yanshan. Huang was especially close with Liang Dingfen, who served as both a mentor and friend. Huang Guifen moved to Hong Kong in the late 1930s to focus on creating art. 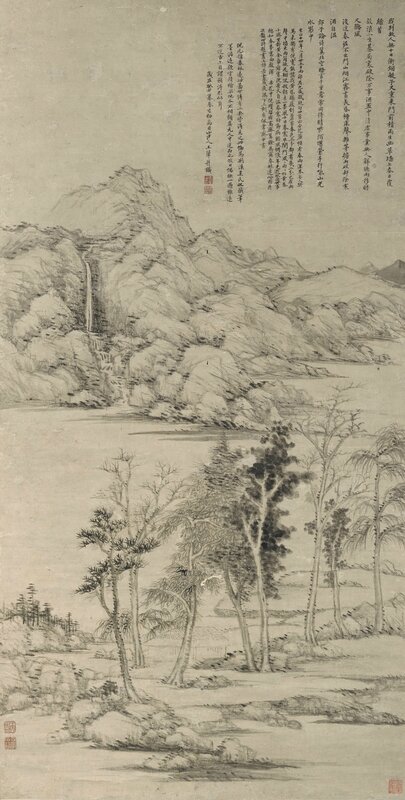 One of the ‘Four Wangs,’ Wang Hui created this landscape painting after an original by the Yuan dynasty artist Ni Zan, who depicted the scenery he observed during a stay with his friend, the poet Than Shao and poet, Tan Shao. The present whereabouts of the original painting remains unknown – making this canvas by Wang Hui the only and best copy known today.

Paintings from Sakamoto Gorō Collection
Sakamoto Gorō’s (1923 – 2016) career as an antique dealer, collector and connoisseur spanned almost 70 years. He forged his path in the art world with determination -- setting up his shop Fugendō in Tokyo in late 1940s, gaining special admittance to the prestigious Tokyo Bijutsu Club, and actively participating in auctions in New York, London and Paris. As a determined and daring collector who studied constantly, he bought and sold some of the finest works of Chinese, Japanese, Korean and ancient Middle Eastern Art. This sale consists of eight pieces of Classical Chinese paintings, all of which were part of late Sakamoto Gorō’s collection. This work was painted by the late Song dynasty monk, Muqi who was known for his Zen paintings. It depicts the legendary story of a predestined friendship between Li Yuan, a Tang dynasty scholar, and the monk Yuan Ze. Muqi was best known for his frequent use of large blots of ink to create rich layers, as well as his skillful technique of portraying vivid scenes of figures and animals. Muqi’s painting style influenced many fellow artists, in particular Japanese painters.

Important Paintings and Calligraphy Previously from the Mi Yun Hall
The Mi Yun Hall, owned by entrepreneur Jiang Ruzao (1876–1954), was a renowned private library in Zhejiang province during the late Qing to early Republican period. The library’s title ‘Mi Yun’ was taken from the rare book Cao Chuang Yun Yu and its author Zhou Mi. At the time, Jiang’s copy of the book was the only copy in existence, making it one of the many rare titles there, in particular Song dynasty publications.

Born to a prestigious and scholarly family, Jiang Ruzao’s son Jiang Zuyi (1902–1973) followed his family’s interest and studied with the great master Wang Guowei – a Chinese scholar, writer and poet. As a result, Jiang Zuyi became a connoisseur of rubbings, paintings and calligraphy. Active in Shanghai during the Republican period, he introduced works of art to important collectors such as Wu Hufan, Pang Laichen, Ye Gongchao, Tan Jing and Zhang Heng. After moving to Taiwan in the 1940s, Jiang remained involved in art circles, serving as an expert assisting with the selection of pieces from Taipei’s National Palace Museum collection for a major American exhibition in 1961. Later in his life, Jiang Zuyi taught at a university in Taiwan and occasionally held scholarly gatherings with peers such as Zhuang Shangyan and Tai Jingnong.

Although he is known for his landscape paintings, Wang Hui rarely depicted pine trees, making this piece exceptionally rare. This painting also showcases the artist’s outstanding technical skill for being able to bring to life a large pine tree on a narrow handscroll.

Calligraphy of the Wu School from Ruey Hsiu Lou

Zhu Yunming is an established Ming Dynasty calligraphy artist known for his cursive script. A work from his late period, Poem in Cursive Script evokes strength and movement through strong brushstrokes.

Created during the Qianlong period when the artist was 74 years old, Jin Nong’s Ink Plum Blossom utilises the entire scroll in its depiction of a tree in bloom. In his own meticulously structured and fine calligraphic style, the artist has composed a postscript describing how he relates ink with blossom. This work was previously in the collection of the Mi Yun Hall. 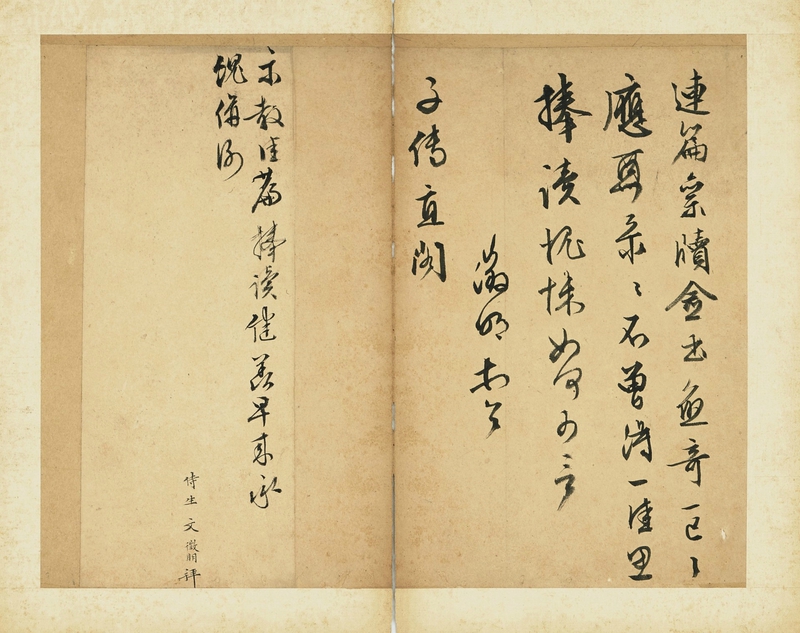 A work from the artist’s late period, this album is a manuscript correspondence between Wen Zhengming and his student, Lu Shidao, who served in the Ministry of Rites. The letters document a closely bonded relationship between the two and reveal details of commissioned works, teaching, and shared interests