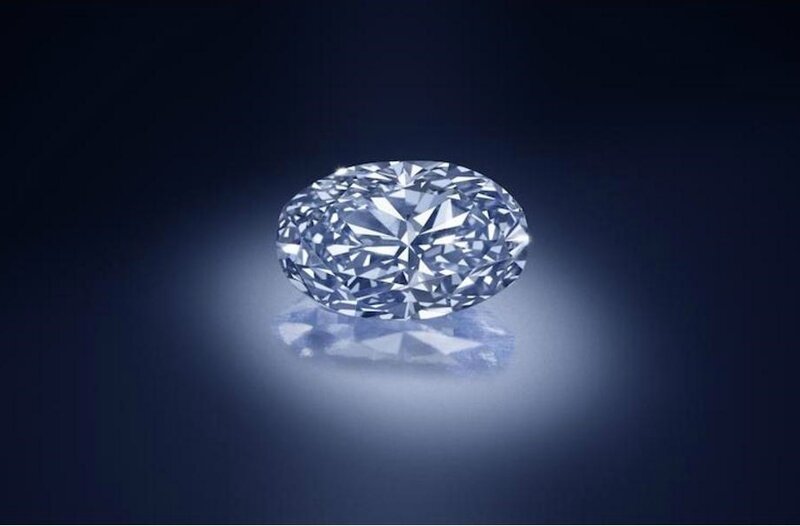 Jean Ghika, Head of Jewellery for Bonhams UK & Europe, explains: "Blue diamonds account for only 0.004% of all diamonds mined and are therefore exceptionally rare and remain highly sought after. The price achieved in today's auction demonstrates that the global appetite for coloured diamonds remains as buoyant as ever."

Bonhams has an impressive track record in selling blue diamonds and holds two price-per-carat world auction records: for a Fancy Deep Blue diamond at $1.77m per carat, and a Fancy Greyish-Blue diamond at $730,000 per carat. Accompanied by a report from GIA stating that the diamond is Fancy Intense Blue, natural colour, I1 clarity. Report number 2173507045, dated 4 March 2016. Accompanied by a report from SSEF stating that the sapphires are of Kashmir origin, with no indications of heating. Report number 85864, dated 12 May 2016.

Accompanied by a report from AGL stating that the sapphires are of Kashmir origin, with no indications of heating. Report number CS 1075004 A and B, dated 13 April 2016.

Accompanied by older reports from SSEF and Edelsteinbefundbericht.

Diamonds perform strongly
White diamonds were also in demand at Bonhams during the three-hour sale which achieved £6,440,200, with 92% of lots sold by value.

Much admired during previews in Hong Kong, Geneva, London and New York, a top quality 11.00 carat Marquise-Cut Diamond performed extremely well. The D colour, VS1 clarity, Type IIa stone, was also one of the sale's highest performers selling for £614,500 against an estimate of £200,000-250,000. Please note that the diamonds are approximately 33.60 carats total, not 45.30 carats total as stated in the catalogue. Accompanied by additional letters from GIA stating that the diamonds weighing 3.02 and 3.25 carats have been classified as Type IIa.

In line with the ongoing demand for coloured stones, the sale also featured an impressive Emerald and diamond cluster ring, circa 1960. The cushion-shaped emerald, weighing 12.50 carats, of Colombian origin, sold for £69,700 against its estimate of £30,000-40,000. 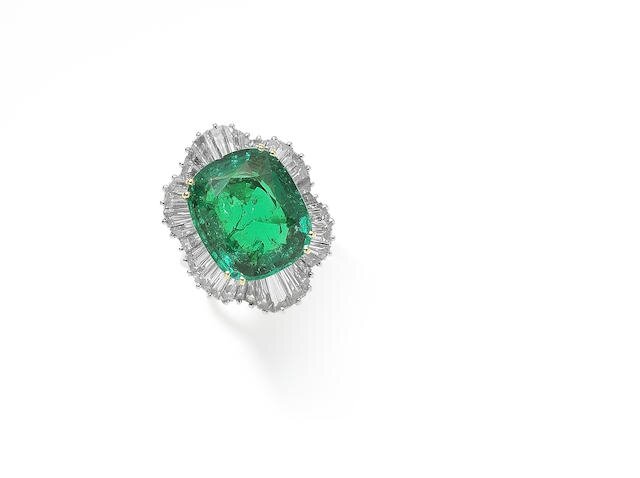 Accompanied by a report from SSEF stating that the emerald is of Colombian origin, of medium strong saturation with a minor amount of oil in the fissures. Report number 86334, dated 16 June 2016.

Design-led jewellery in demand
A rare piece from the 1970s by Andrew Grima, the doyen of modern jewellery design in Britain, also performed well at the auction. The gold gem-set and diamond bracelet, dated 1973, features carved emeralds and cabochon sapphires of various sizes, mounted in 18 carat gold, interspersed with brilliant-cut diamond accents, sold for £23,750. Note: This bracelet was exhibited at the Grima 'Retrospective' exhibition at Goldsmiths' Hall in 1991. See exhibition catalogue number 246, page 86.

Jean Ghika, Head of Jewellery for Bonhams UK & Europe, says: "With participation from our global client base, these results, particularly for blue diamonds, Kashmir sapphires and top quality white diamonds demonstrate the market is buoyant for the very best items."