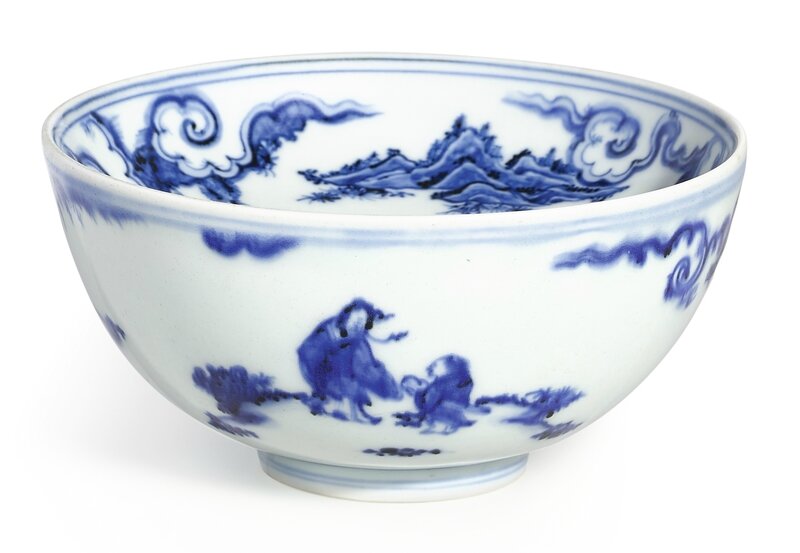 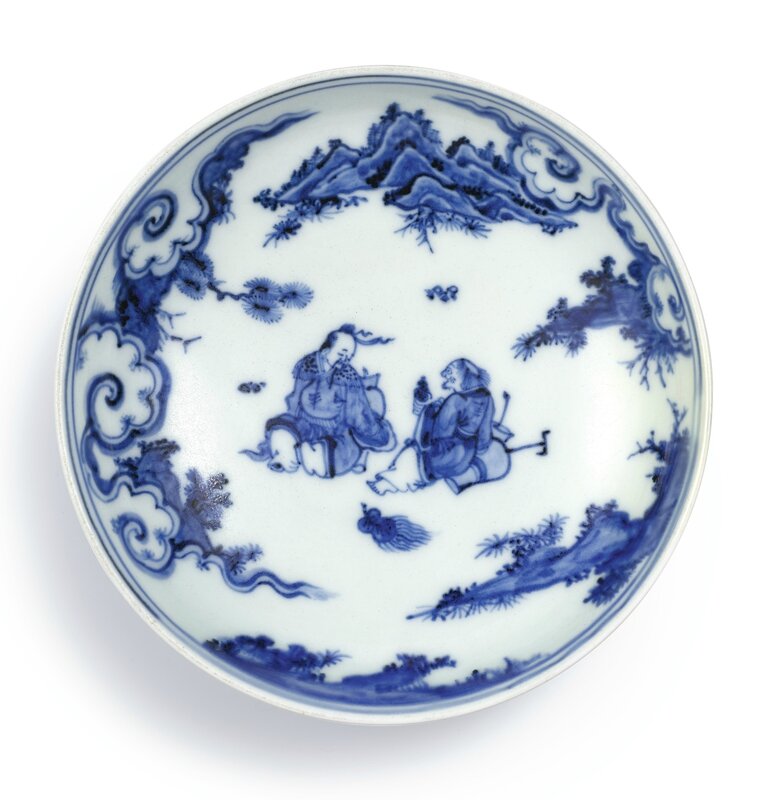 the double-walled vessel modelled with a deep rounded bowl resting on a short foot and joint on the interior with a shallow bowl, the exterior decorated with two pairs of figures in a rural landscape, the interior of the shallow bowl centred with two seated immortals surrounded by ruyi-shaped cloud scrolls with tall mountains in the background, the base pierced with a small aperture; 17 cm, 6 5/8  in.

Notes: Double-walled warming bowls were made to hold medicine and food. They were made by joining together two bowls of slightly different size, the outer bowl with a circular hole at the foot to allow hot water to fill the cavities between the two bowls and keep the vessel and its contents warm.

A bowl of this type, attributed to the Hongzhi period, was included in the exhibition Chinese Porcelain in Underglaze Blue from the Nanjing Museum Collection, Sagawa Art Museum, Moriyama, 2003, cat. no. 39. See also a warming bowl painting with a floral scroll on the exterior and attributed to the Chenghua reign, from the Carl Kempe and Falk Collections, sold twice at Christie’s New York in 2001 and 2008, and again in these rooms, 8th April 2014, lot 3025.