A rare yellow-glazed saucer-dish, Zhengde six-character mark and of the period (1506-1521)

A rare yellow-glazed saucer-dish, Zhengde six-character mark and of the period (1506-1521) With shallow rounded sides rising from a short tapering foot to a slightly everted rim, covered overall with a rich egg-yolk yellow glaze. 15.4cm (6in) diam.

Educated at Winchester and New College, Oxford, Arthur Spriggs was a distinguished medical scientist for much of his very long life. He held a number of senior positions at Oxford's Radcliffe Infirmary and Churchill Hospital where he lectured and published extensively in his specialist field of cancer research. His early published research was accompanied by illustrations of cell preparations carefully drawn (using a microscope) by his accomplished water-colourist wife Gereth. Later in his career he pioneered the use of electron microscopy in the observation of chromosome anomalies and the detection of cancers, establishing the first regional screening service.
Arthur's personal interests extended to botany (he created and maintained a large 'natural' garden at his home); molluscs and snails (an indefatigable field worker, he must have surveyed every square kilometre of Oxfordshire during his long but active retirement); and, of course, Chinese porcelain, especially 17th century blue and white. A keen supporter for many years of the London-based Oriental Ceramic Society, he presented a ground-breaking lecture in 1965 which documented certain types of Chinese and Japanese porcelain featured in Western paintings between AD 1450-1700; published in the Transactions', Vol.36, it stimulated further investigation into the handsome 'vanitas' oil paintings which greatly enhanced the houses of successful Netherlandish burghers during the 17th century 'Dutch Golden Age'.

Yellow dishes from the Zhengde period can be found in some of the most important museums and private collections, see The Complete Collection of Treasures of the Palace Museum: Monochrome Porcelain, Hong Kong, 1999, pl.41; another is illustrated in M.Medley, Illustrated Catalogue of Ming and Ch'ing Monochrome in the Percival David Foundation of Chinese Art, London, 1973, pl.597 (now in the British Museum, London); and a third is illustrated by J.Ayers, Chinese Ceramics: The Koger Collection, London, 1985, pl.69. the rounded sides rising from a short tapering foot to an everted rim, covered overall in a rich egg-yolk yellow glaze, the base glazed white; 15.5cm., 6 1/8 in. 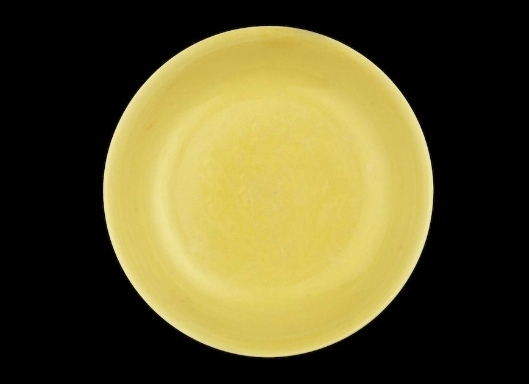 Provenance: acquired from Spink and Son, London on 4 September 1987
A British private collection 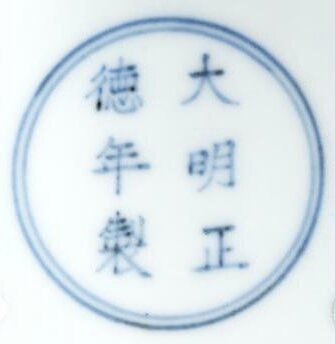 Thinly potted, the sides rising gently to a slightly flared mouth, the exterior and interior covered in a rich yellow glaze. 20.9cm (8 1/4in) diam.

Note: A very similar dish of the same size and shape, Zhengde period, is illustrated by J.Harrison-Hall in Ming Ceramics in the British Museum, London, 2001, no.8:27. The Koger Collection included two slightly smaller dishes, Zhengde mark and period, illustrated by J.Ayers in Chinese Ceramics The Koger Collection, Warwickshire, 1985, nos.68 and 69. Another related example was sold at Christie's London on 4 November 2008, lot 158. 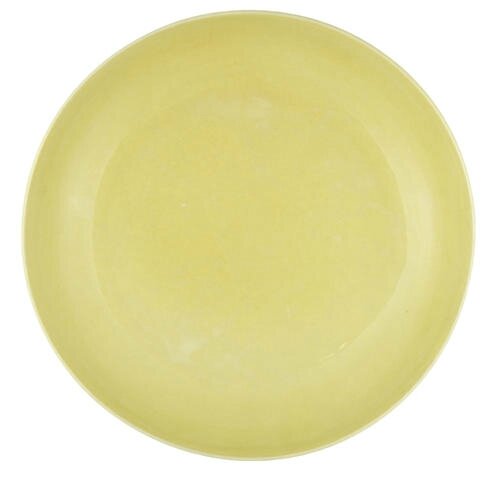 Finely potted with rounded sides rising from a tall foot to a flared rim, covered inside and out with an attractive even yellow glaze. 22.3cm (8 3/4in) diam.

Commentaires sur A rare yellow-glazed saucer-dish, Zhengde six-character mark and of the period (1506-1521)