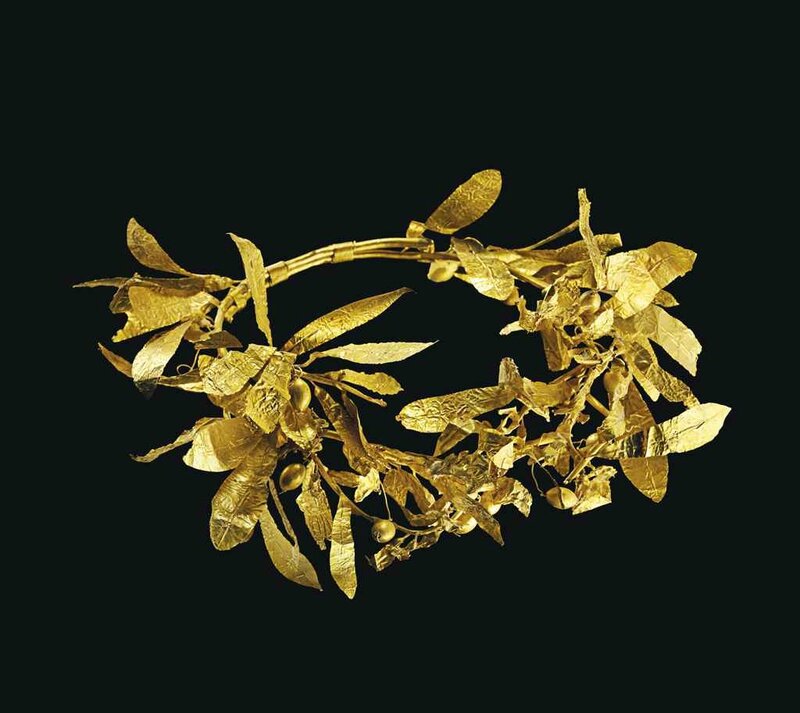 Notes: Unlike in the modern iteration of the festival, the ancient Olympics only had one winner per competition. Wild olive trees were native to Olympia, the site of the festival, and the arbiters of the games awarded their wreaths (called kotinoi in Greek) to the victor in each event. The association between the olive tree and physical prowess harkens back to a myth of young Herakles, who managed to kill the Cithareon lion using only his fists and a wooden stake from an olive tree. Gold wreaths such as the present example derive from these wearable trophies, but the fragility of the material makes it unlikely that those made from precious metal were meant to be worn in daily life. Rather, they were more likely dedicated in sanctuaries or placed in graves as funerary offerings. Indeed, the melted leaves at the front of this wreath may have been caused by the flames of a funeral pyre. For a myrtle wreath of similar style, see no. 1 in C. Picón and S. Hemingway, eds., Pergamon and the Hellenistic Kingdoms of the Ancient World.