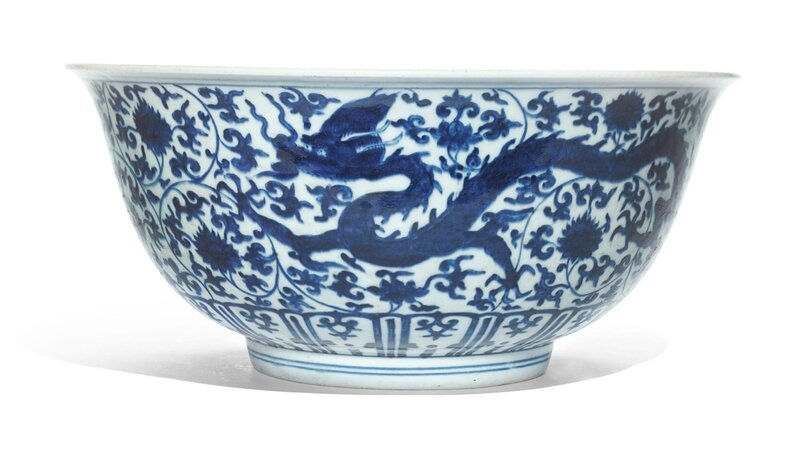 the deep rounded sides rising from a tapered foot to a flared rim, boldly painted to the exterior with two five-clawed dragons striding amongst scrolling lotuses above a lappet band, the interior decorated with a central medallion enclosing a dragon writhing amongst further lotus scrolls, inscribed to the base with a six-character reign mark.

Bowls of similar form and size are also known painted with phoenix among a floral scroll, such as one in the Museum Pusat, Jakarta, illustrated in Oriental Ceramics. The World’s Great Collections, vol. 3, Tokyo, 1982, pl. 202; and another sold in these rooms, 15th July 1981, lot 83.