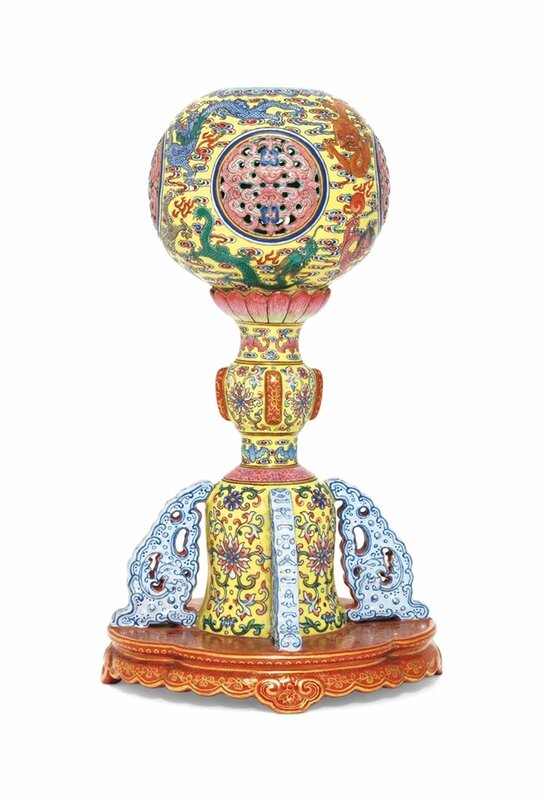 The finely enamelled hat stand is decorated to the top with reticulated roundels enclosing pink stylised bats, set against a lemon-yellow ground with nine five-clawed dragons amidst clouds and flames. The mid-section is shaped as an archaistic vase with a lotus-form mouth supporting the top section, with the exterior enamelled with bats and lotus sprays. The lower bell-form section has further lotus scrolls, with four blue archaistic dragon-form supports, all raised on a foliate gilt-decorated base with ruyi-form feet. 10 ¾ in. (27.3 cm.) high