HONG KONG.- Sotheby’s Hong Kong Important Jewels and Jadeite sale will take place on 28 November at Sotheby’s Hong Kong Gallery. The sale is highlighted by a tasteful selection of signed jewellery by renowned brands such as Van Cleef & Arpels and Cartier, alongside a collection of specially-curated pieces for cosmopolitan gentlemen, further complemented by an array of treasured gemstones, diamond, natural pearl and jadeite jewellery.

QUEK Chin Yeow, Deputy Chairman of Sotheby’s Asia and Chairman of International Jewellery, Asia, said, “This November, we are pleased to bring to the market a meticulous selection of iconic signed jewellery from some of the most famous brands, as well as a collection of recognisably masculine pieces designed for today’s dapper gentlemen. With the festive season soon approaching, this forthcoming auction, with offerings at various price points suited for an array of occasions, will be the perfect platform for those looking to treat themselves at the end of the year, and for those wanting to surprise their loved ones with the most desirable and exceptional gifts.”

JEWELLERY FOR THE DAPPER MAN
Men’s adornment of jewellery has been in existence for many centuries, from early monarchs and noblemen wearing extravagantly decorated items that served as symbols of status, power and prominence to the current cultural conversations of today’s well-groomed and sophisticated dapper man. Today, men place particular importance on a groomed physical appearance, pursuing the presence of cool nonchalance. Designers pay homage to this trend by creating recognisably masculine pieces accented with subtle fresh twists, fashioning an elegant blend of contemporary masculinity. When it comes to man jewellery, a couple of tastefully selected pieces that complement each other are all that is necessary to complete a polished look. Each set with an oval alexandrite weighing 1.80 and 1.78 carats respectively, within a hexagonal frame set with circular-cut alexandrites weighing approximately 1.85 carats in total, mounted in 18 karat white gold. 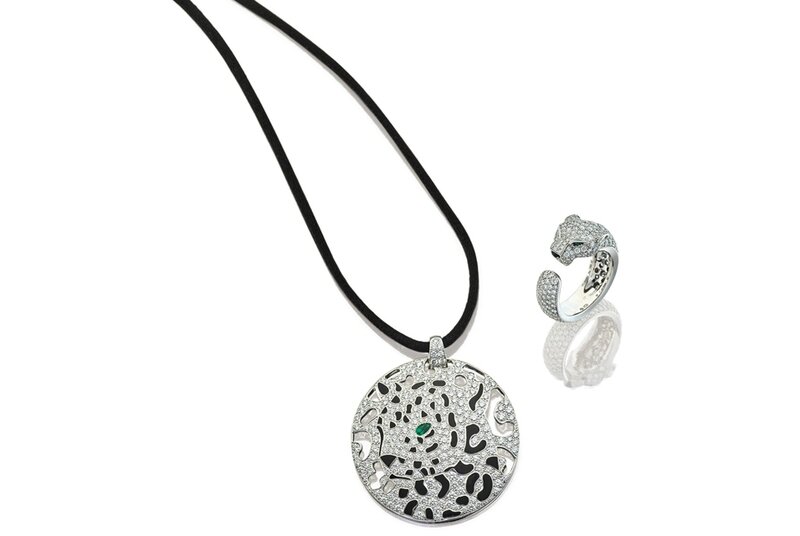 Designed as a circular-cut diamond disc depicting a panther, highlighted by black enamel spots and emerald eye, to a silk cord; and the ring designed as a pavé-set circular-cut diamond panther, highlighted by emerald eyes and onyx nose; mounted in 18 karat white gold, both signed Cartier and numbered, pendant with French assay and maker's marks, ring with Swiss assay mark. Ring size: 6¼   (2) 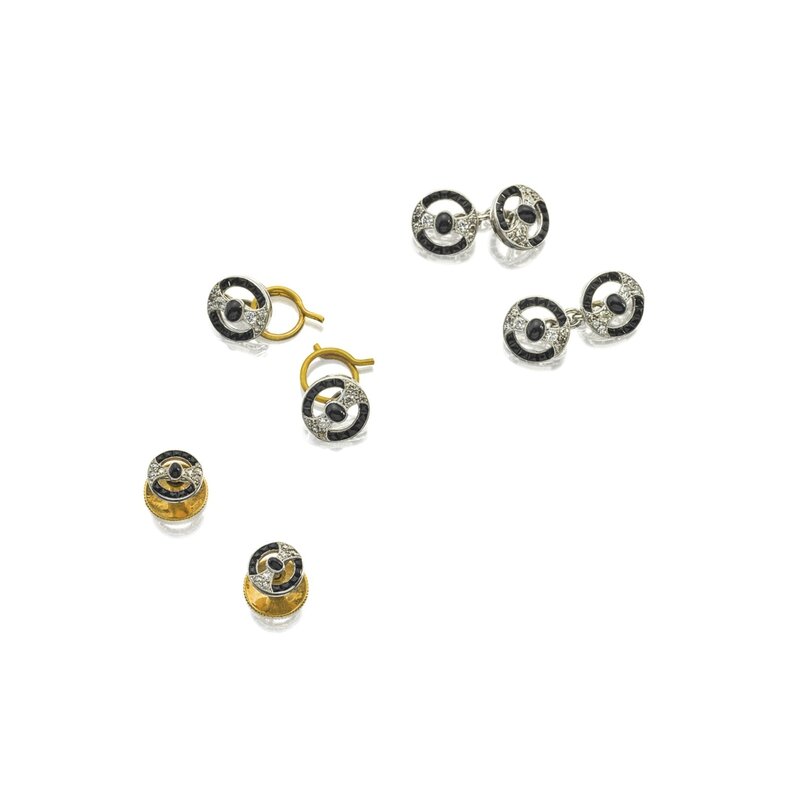 DRAGONS
Dragons, with its mythical powers and legendary greatness, represent the highest spiritual power of change and transformation. Its majestic presence makes it one of the most potent symbols for wisdom and good fortune. Considered as the ‘Celestial Stag’, dragons are associated with the yang masculine principles of Sun, fire and dominance, as opposed to yin, the feminine principles of passivity and softness. Symbols of imperial hierarchy, their benevolence signifies grace, honour and magnanimity. The rubies decorating the dragon’s body accentuate the royal majestic nature of the dragon, as rubies have been considered symbols of nobility and importance, as well as possessing the power to increase one's vitality and power. Accompanied by Hong Kong Jade & Stone Laboratory certificate numbered SJ 140475, dated 7 October 2016, stating that the jadeite tested is natural, known in the trade as "A Jade". 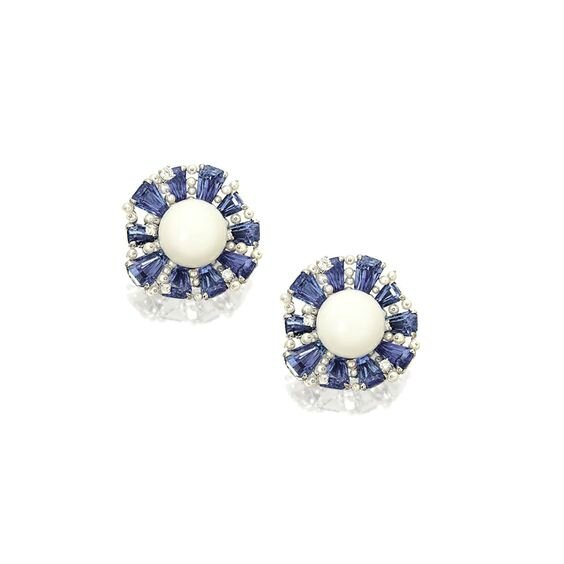 Accompanied by a gemmological report. Accompanied by GRS report numbered GRS2014-105858, dated 3 November 2014, stating that the 24.15 carat cat's eye chrysoberyl is natural, with no indications of treatment.