HONG KONG.- Sotheby’s Hong Kong December series of Chinese Works of Art sales will take place on 1 and 2 December at Sotheby’s Hong Kong Gallery. The series will feature the dedicated sale of The Muwen Tang Collection of Chinese Jades, and the Chinese Art sale, encompassing fine European and Asian collections of ceramics from Song and Ming dynasties, scholarly works of art, and a rare Song dynasty qin.

Christian Bouvet, Director and Head of Mid-Season Sales, Chinese Works of Art Department, says, “Our upcoming December auctions stem from the passionate collecting of a few connoisseurs with deep knowledge and understanding of their respective fields. Whether assembled in Asia or Europe, sometimes over a span of 40 years, focusing on jade carvings, Song dynasty ceramics or Qing dynasty porcelains, it is firstly the dedication of these individuals in forming their collections that allowed us to put these sales together today. We trust that they will be well received and hope they can perpetuate a similar spirit for collecting.”

The Muwen Tang Collection of Chinese Jades, formed in the 1970s and 80s by an erudite scholar-collector, encompasses a rich diversity of post-archaic jades from the Song to Qing dynasties, created for daily use. The kaleidoscopic range of forms includes an exceptional group of Song dynasty animal and figure carvings, and a superb selection of white jades from the Qing dynasty. This animated carving has been carefully carved to maximize the use of the precious stone by being modelled according to its original shape. Furthermore, the carver’s respect for the stone is reflected in the clever incorporation of the natural russet inclusions of the pebble into the design. The theme of boys playing with animals represents a traditional motif developed over a thousand years and favoured on account of its implied wish for the prosperity of male offspring. In this piece, the boy is depicted with a butterfly and a cat, both symbolic of longevity. The two form the pun maodie (‘May you live into your seventies and eighties’); hence this piece would have been an appropriate birthday gift. Jade carvings of hound-like dogs in a resting pose with outstretched legs can be found from as early as the Tang dynasty. Their utilitarian function was as paperweights, but it is likely that such high-quality, sensitively rendered sculptures were kept as ‘playthings’ for scholars or wealthy patrons. In this fine example, the interplay between the russet-coloured patches and yellow jade has been skillfully utilised in the dynamic contrast between the rich dark-brown upper body and the luminous greenish-yellow belly and legs. 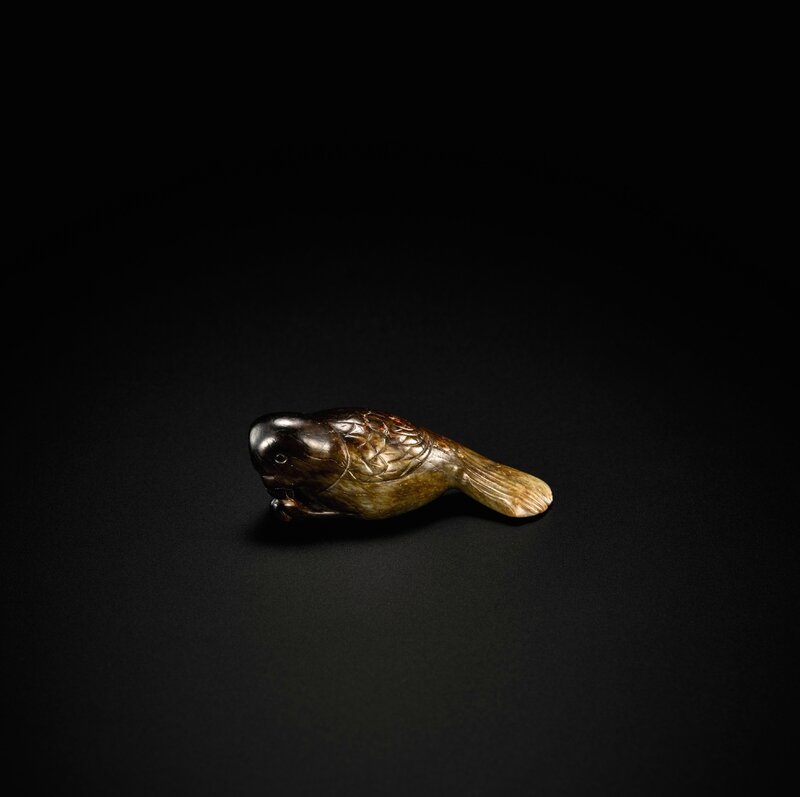 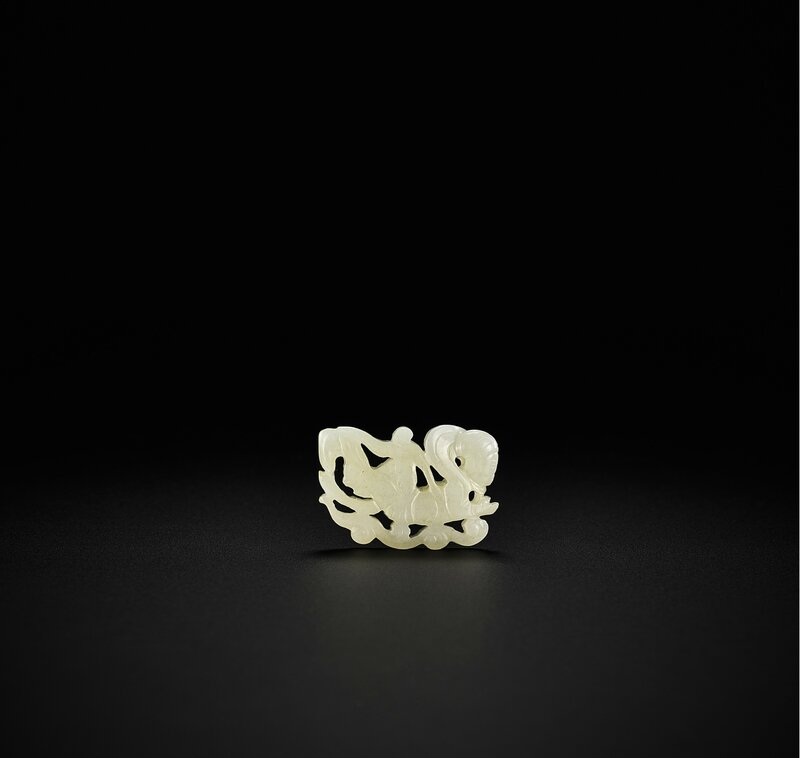 Highlights of the Chinese Art sale include a private European collection of early ceramics and scholarly works of art, a Yongle blue and white moonflask from an old Kyoto family collection, selected Song ceramics from private Asian collections and the family collection of a Hong Kong musician featuring a rare Song dynasty qin together with fine examples of ‘tenmoku’ teabowls. 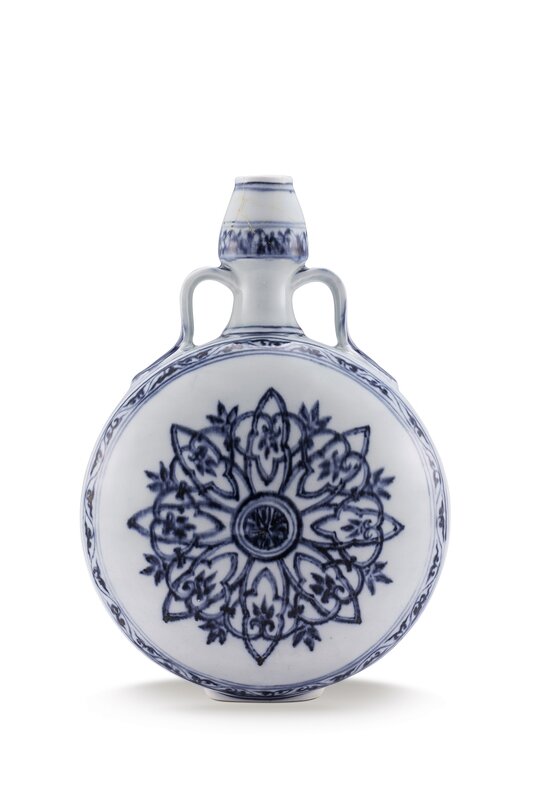 This moonflask belongs to a group of vessels which represented a new departure for Chinese porcelain in both form and decoration to derive their inspiration from abroad. The formal arrangement of the geometric star-shaped medallion is probably adapted from Middle-Eastern motifs, with only the narrow flower scroll band and the bulb and small floral sprays at the handles seeming to derive from the traditional Chinese repertoire. The delicate floral design admirable serves to mellow the strict geometry of the overall design. This qin from the Song Dynasty is adorned with mother-of-pearl studs, and the goose-feet and turning pegs are made of ox horn. The title of the instrument “Su Xin” [Pure Heart], inscription and seals are all carved on the reverse of the qin.