“Renaissance and Reformation: German Art in the Age of Dürer and Cranach” will be on show at the Los Angeles County Museum of Art from November 20, 2016, through March 26, 2017 (Courtesy: SKD)

LOS ANGELES, CA.- The Los Angeles County Museum of Art is presenting Renaissance and Reformation: German Art in the Age of Dürer and Cranach. Coinciding with the 500th anniversary of the Reformation, the exhibition brings to Los Angeles some of the greatest achievements of German Renaissance art. As the only U.S. venue of the exhibition, LACMA offers a unique opportunity to view masterpieces of this period, which have rarely been displayed outside of Germany.

The period under consideration (1460–1580) was marked by conflicts, civil wars, and complex relationships with neighboring countries, but it also witnessed a flourishing of many states and cities, reflected in the skills of their craftsmen. Additionally, the era was characterized by profound changes in thought, philosophy, science, and religion, spearheaded by Martin Luther’s writings, which in turn transformed the work of many artists of the day such as Albrecht Dürer, Lucas Cranach, Hans Holbein, Mathias Grünwald, Tilman Riemenschneider, and Peter Vischer. These revolutionary ideas and innovations played a transformational role in the development of modern Western societies. 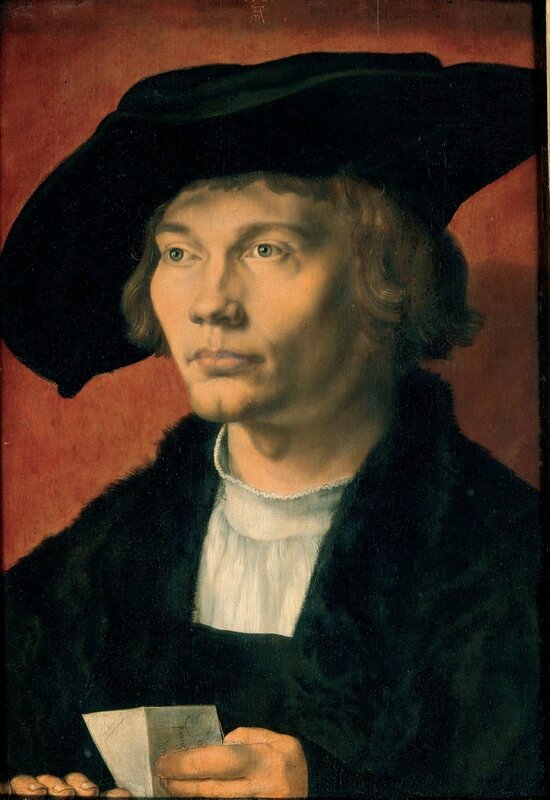 Organized with the Staatliche Museen zu Berlin, Staatliche Kunstsammlungen Dresden, and the Bayerische Staatsgemäldesammlungen München, and made possible by the German Foreign Office, the exhibition comprises over 100 objects, including paintings, drawings, sculptures, arms and armor, as well as decorative arts.

“Renaissance and Reformation—organized in cooperation with these three German institutions—provides a rare opportunity to view works by artists not typically represented in local collections in Los Angeles,” said Michael Govan, LACMA CEO and Wallis Annenberg Director.

“The exhibition brings together some of the finest works by the greatest artists, painters, sculptors, and craftsmen of the period,” says J. Patrice Marandel, the Robert H. Ahmanson Chief Curator of European Art at LACMA. “We are very pleased to present the show on the momentous occasion of the Reformation’s 500th anniversary.” The 1517 publication of Martin Luther’s Ninety-five Theses set in motion one of the greatest movements of ideas in European history. What began as a challenge to the Church for the practice of selling “indulgences,” or vouchers for reduced time in Purgatory, developed into a religious and political movement that reshaped the Western Christian world.

Luther’s Reformation, while considered from a strictly theological viewpoint, should also be studied within the complex political realities of early 16th-century Europe that includes struggles for power from various sides: the German princes, the House of Habsburg, and the Roman Catholic Church. It can also be viewed as one of the early manifestations of the broad movements of ideas and reconsiderations of the world’s order that define the Renaissance. The Reformation’s insistence upon the individual is also a trait that will be at the center of many humanist writers’ works later in the century. Artists were affected by such changes. The structure of their profession was changing as the Church lost ground along with its sponsorship of artists. Some hinted in their works at a new attitude toward the divine. Others embraced neutral forms, such as the portrait, and gave it a new dimension.

Renaissance and Reformation is arranged in five major thematic sections which explore the fundamental changes that took place in art and society during the Reformation.

Traditional Imagery and Devotion illustrates the changes to visual language brought about by the Reformation. From altarpieces via depictions of the saints to the iconography of Christ’s Passion, the themes and modes of representation explored in these works highlight the differences that set the conflicting religious doctrines apart. Some artists accepted commissions both from Protestant clients and those who adhered to the “old faith,” meaning that their works often carried political implications. Over time, objects of religious veneration gave way to works of sculpture intended for aesthetic value—a transformation that can be observed with particular clarity among the sculptural pieces represented in this section. Propaganda and Polemics illustrates the extent to which developments in art, media, and politics were intertwined. The Reformation was the first movement to use propaganda techniques to foster its cause. Using words and images, the supporters of the new Faith benefited from the fairly recent invention of the moveable type by Johannes Gutenberg to produce numerous and inexpensive broadsheets. Those who could not read received the message from explicit images. Polemics were both religious and political, and the images used by the reformers were often crude, even vulgar, but could at the same time be easily understood by the masses. The Church and the Pope in particular, were the most frequent targets. Literally demonized, they were presented as the representatives not of God, but of Satan himself. Printmaking techniques such as woodcut and copperplate engraving developed apace and spawned further copies of images. Alongside book printing, they played a vital role in disseminating reformatory ideas—not least as part of the propaganda campaigns that accompanied hotly fought polemical disputes. Arms and Armor: The Splendor of the Saxon Court explores the political dimensions of the Reformation, while illustrating the extraordinary cultural significance of the princely states embroiled in the conflict raging between emergent religious factions. Objects from the royal art treasuries recall the era’s exquisite craftsmanship, and feature weapons and armor that lend a glimpse into life at the royal court. Armor was particularly praised. Most of the armor presented in this section were made for jousting or worn in ceremonies. Immensely costly, these were considered works of art in themselves. Arms, such as pistols or daggers, were often ambassadorial gifts and were admired both for their functionality and refinement of execution. The art of the Dresden court exemplifies a Protestant principality’s efforts to project an image befitting the high prestige it enjoyed and the political influence it wielded within the Holy Roman Empire. Landscapes, historical scenes, and figures from ancient mythology—the themes explored in Humanism and Reality—attest to new and transformed ways of looking at the world, incorporating both idealized visions of classical antiquity and fastidious observations of nature and people. Here, the focus is upon delicate drawings by Albrecht Dürer, Lucas Cranach, Hans Beham, Hans Schäufelin, and Albrecht Altdorfer, as well as a number of other artists. These rare works provide a glimpse of each artist’s hand. Furthermore, they serve as an expression of European Renaissance art and the heightened autonomy it accorded both artist and artwork alike. Portraiture enjoyed great favor in European painting from the 15th century onward. As religious paintings were less in demand, commissions for individual portraits increased and the studios adapted themselves to the new demand. Furthermore, the insistence of the new Faith on the individual found an echo in the art of portraiture. Most sitters were prominent members of the new church or belonged to the upper echelons of society: wealthy merchants or civic leaders, among others. Portraits range from intense studies such as those painted by Dürer, whose sitters are often set in shallow spaces, inspiring the viewer to concentrate on their gaze, to figures represented against finely detailed landscapes. All, however, are meant to convey not only the exact features of the subjects but also their social rank and moral qualities. Particularly sensitive are the drawn portraits. Whether executed as studies for prints or as free-standing works of art, German artists often used a combination of techniques and crayons to render their subjects with surprising likeness. Their delicate approach to the medium remains one of the most spectacular achievements of the German Renaissance. 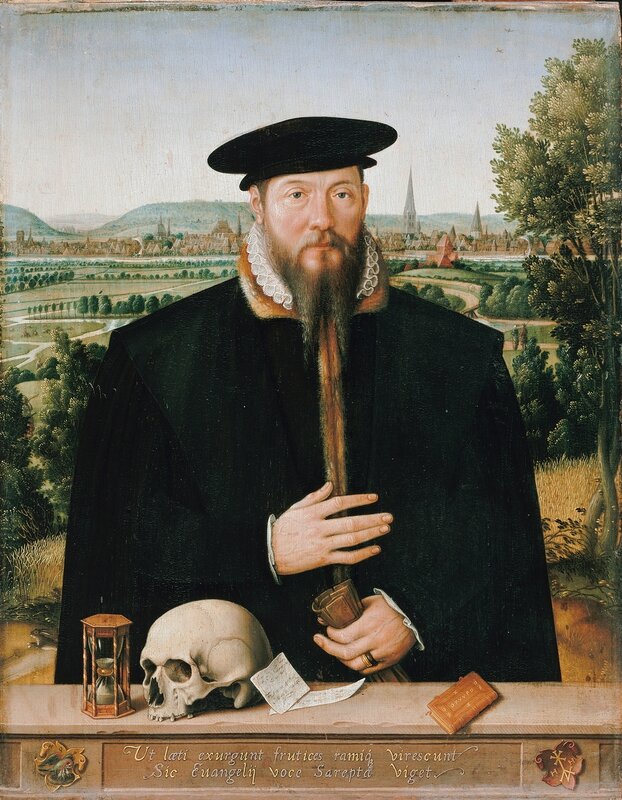 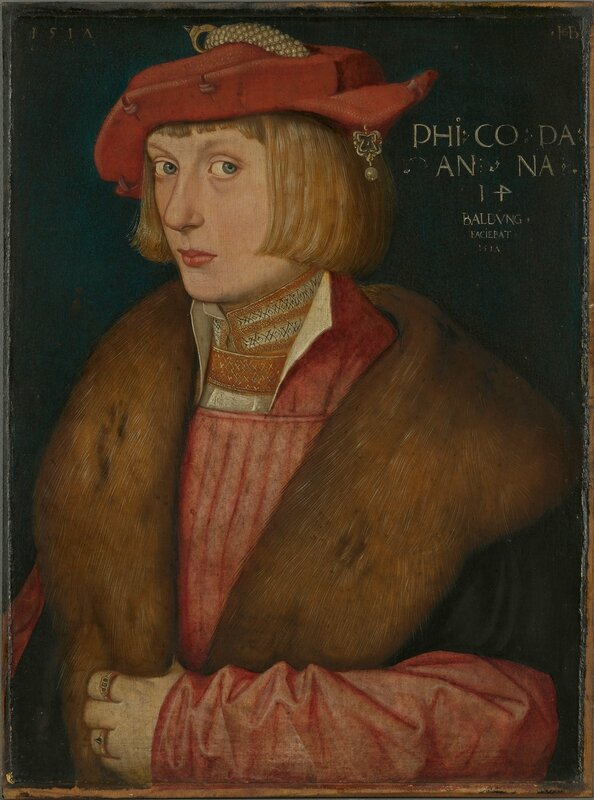 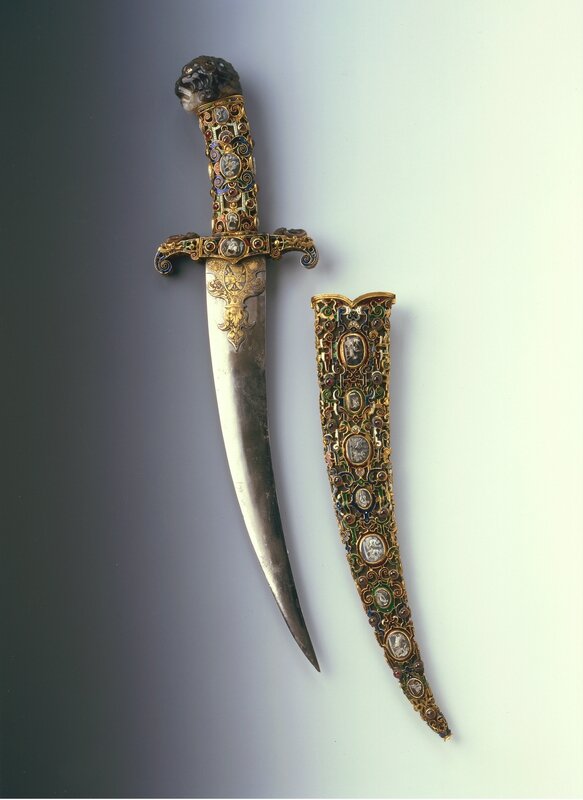