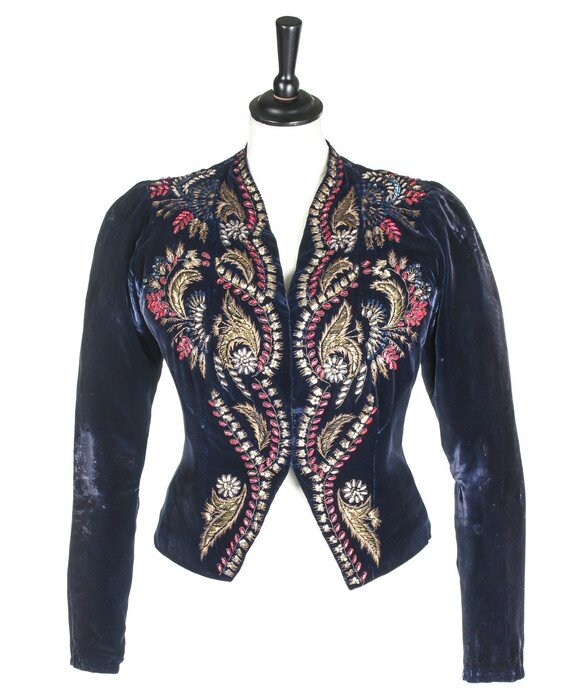 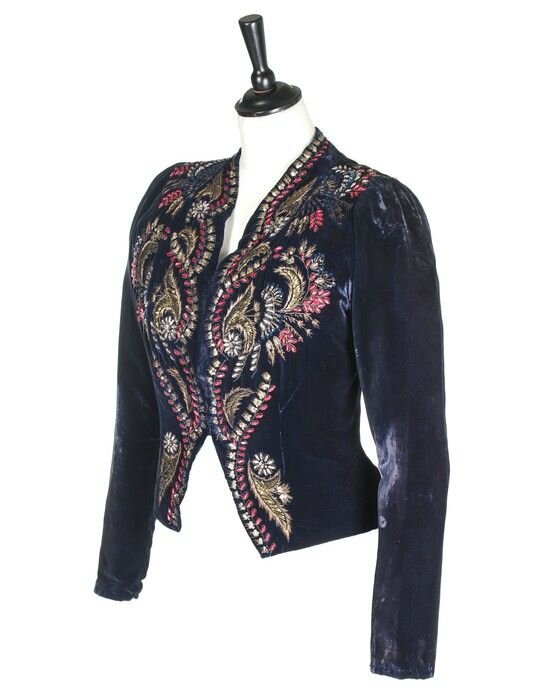 The velvet on this jacket was embroidered to shape but, unlike the Paris version with scalloped front edges, the closure line does not follow the embroidery but is straight. It is fastened by a series of small hooks and eyes - the loops bear the remains of blue silk buttonhole stitched covers (something Schiap often did). The embroidery on this jacket is similar but not identical to the Paris haute couture version, lot 109. On the Paris version the metal strip is horizontal and regular but on this version the strip follows the shape of the leaf forms.

A Schiaparelli London burgundy velvet ensemble in the Victoria & Albert Museum, acc.no T398&A-1974, of identical design has a more free style of embroidery like this one. Schiaparelli London often adapted the Paris models for a perhaps more conservative British clientele. It is possible that the client did not want the eye-catching star shaped medallions down the front, or the bulk of small pockets or shoulder pads that the Paris example has. 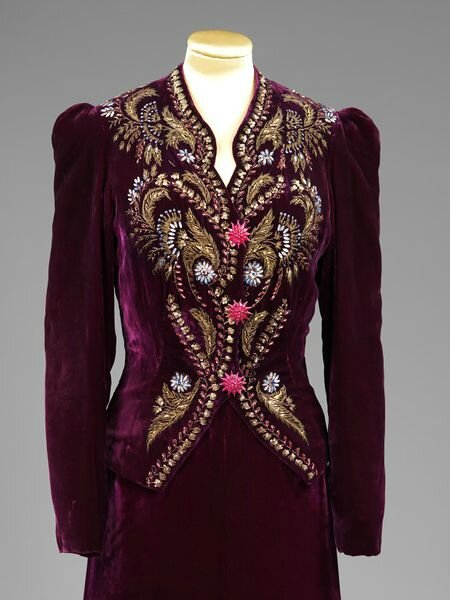