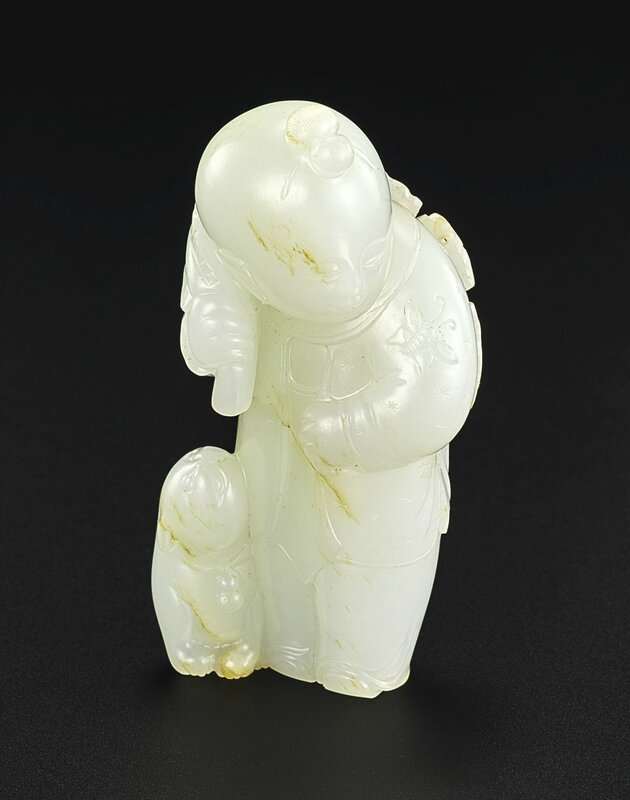 depicting a young boy standing next to a small cat crouching by his side and looking up at the boy, the figure depicted looking at a small butterfly on his shoulder and holding a large palm leaf in his left hand, the weathered leaf extending over his shoulder and down his back, the cherubic figure accentuated with small tuffets of hair at the top of his head and loose garments picked out with small stars - 7.7 cm, 3 in.

Notes: The theme of boys playing with animals represents a traditional motif developed over a thousand years and favoured on account of its implied wish for the prosperity of male offspring. In this piece, the boy is depicted with a butterfly and a cat, both symbolic of longevity. The two form the pun maodie (‘May you live into your seventies and eighties’); hence this piece would have been an appropriate birthday gift.