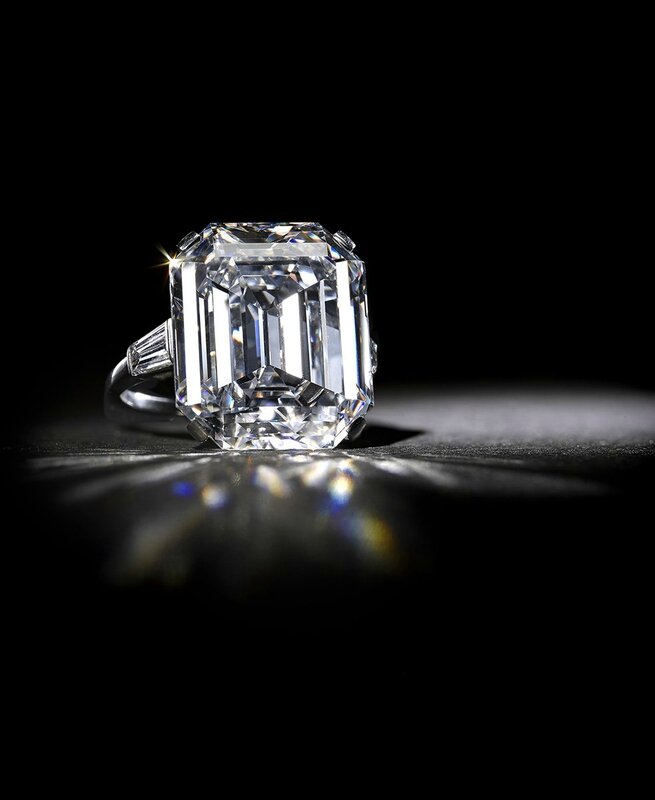 An important diamond solitaire ring, weighing 17.97 carats, leads the Fine Jewellery auction at Bonhams on December 6 at 11am in New York. With a strong interest from collectors across the globe during its October sale, Bonhams yet again presents an excellent selection of diamond, noteworthy coloured gemstones and a plethora of signed jewellery, many from the Alhambra Collection by Van Cleef & Arpels.

This leading lot is a cut-cornered rectangular step-cut diamond, with tapered baguette-cut diamond shoulders mounted in platinum (estimate U.S. $1,000,000-1,500,000). This "ice" is accompanied by a Type IIa letter indicating a negligent amount of nitrogen in the diamond; and to the laymen, adding the rare quality of appearing liquid, purest water. Other historical stones that possess this limpid quality of exception transparency are: the Cullinan; the Koh-i-Noor and the Hope Diamond. Type IIa diamonds make up less than 2% of all natural diamonds and are almost pure carbon. They are so exceptional because they contain very little nitrogen, or none at all, which means that light can easily pass through the diamond and bounce back to the beholder's eye, producing a stunning, colourless appearance. Many of the most famous diamonds throughout history have been Type IIa: the world's largest cut diamond - the Cullinan, the Koh-i-Noor & the Hope Diamond are, but a few, examples.

A diamond and ruby necklace designed as an articulated, marquise, baguette and round brilliant-cut diamond ribbon (total diamond weight approximately 48 cts) is among the highlights of the sale. This piece simulates a scarf and is enhanced by fine unheated Burma rubies (estimate U.S. $100,000-150,000). Another fabulous diamond and unheated Burma ruby jewel is a bracelet by Tiffany & Co. with a total diamond weight of approximately 20.50 cts (estimate U.S. $50,000-70,000). designed as an articulated, marquise, baguette and round brilliant-cut diamond ribbon, enhanced by oval and round mixed-cut rubies, estimated total diamond weight: 48.00 carats; mounted in platinum; length: 14 3/4in.

Also on the block is a very rare Kashmir sapphire and diamond ring by Shreve & Co. circa 1900. This sapphire (weighing approximately 6.90cts) exudes a rich saturated blue, and is accompanied by a laboratory certificate denoting "Classic" Kashmir (estimate U.S. $70,000-90,000). 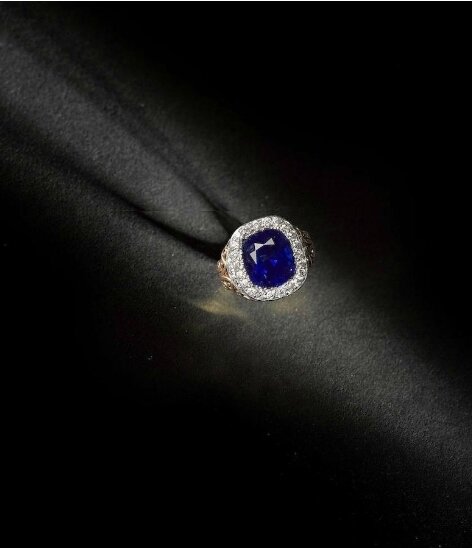 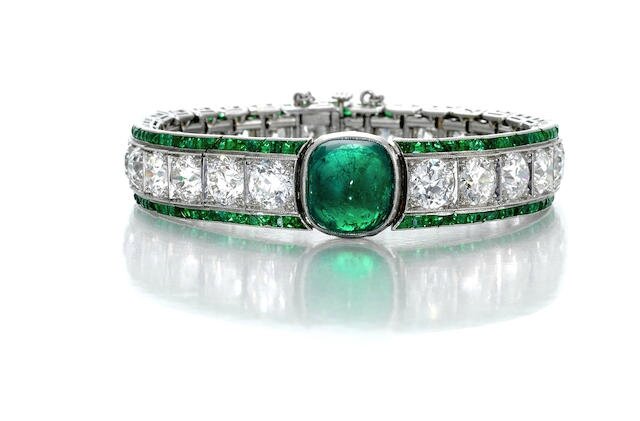