SYDNEY.- The Raphy Star Collection of Important Asian Art achieved a new record for a single-owner collection of Asian Art in Sydney last night with a total of over AUD$2 million ($2,009,700).

The top selling lot, a rare and beautifully carved Chinese polychrome wood sculpture of a Bodhisattva, Song Dynasty, 11th century sold for $396,800 to an international buyer against a pre-auction estimate of $100,000-150,000. seated in vajrasana (lotus posture) with the head slightly tilted to one side and the eyes downcast, the hair in curls and trusses around the ushnisha, the right hand originally holding a flower, the robe falling across the high lotus pedestal - 47 cm high 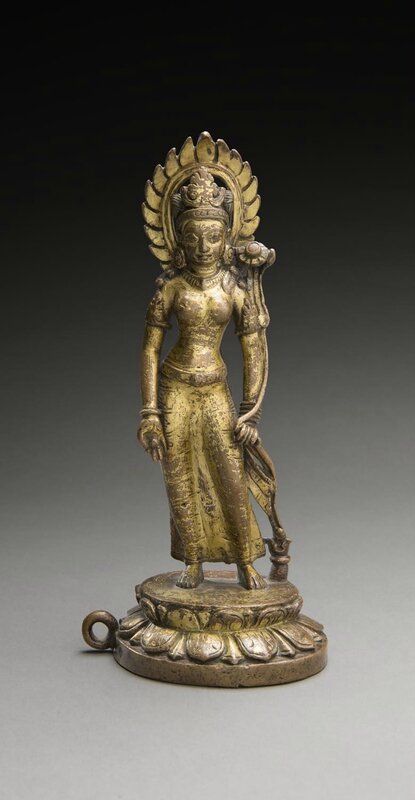 the heavily bejeweled figure standing in tribhanga on a round lotus pedestal with a ring for attachment to a shrine, the right hand in varada mudra, the left in kataka mudra holding the stalk of the lotus (Padma) the flower upon the left shoulder, wearing a transparent robe and a three-leaf crown - 25.4cm high

Note: see Hugo Munsterburg Scupture of the Orient, NY, 1972, p. 31 for a very similar Tara in the British Museum 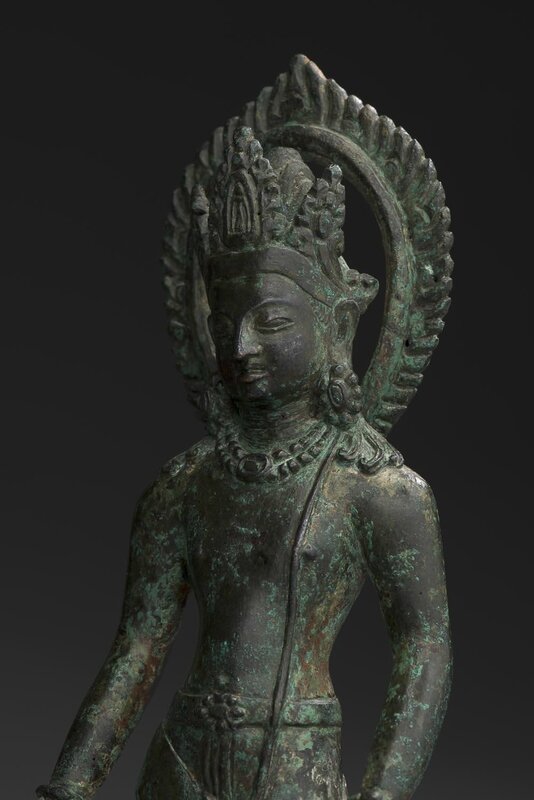 finely cast in tribhanga with a sensuous curved body, the hair in a high chignon behind the three-point crown, a mandorla behind the head, very well patinated - 26.5 cm high the four-armed deity standing supremely in a long finely detailed sampot with a fishtail sash at the back, secured by a low slung belt, the face with downcast eyes beneath a finely detailed diadem, the hair in a conical chignon - 91.4 cm high

Finally, the wooden head of a Luohan and the rare, Ming Dynasty banknote which was discovered hidden inside by Mossgreen specialists as they catalogued the piece, sold for $47,120 (estimate: $40,000-60,000).