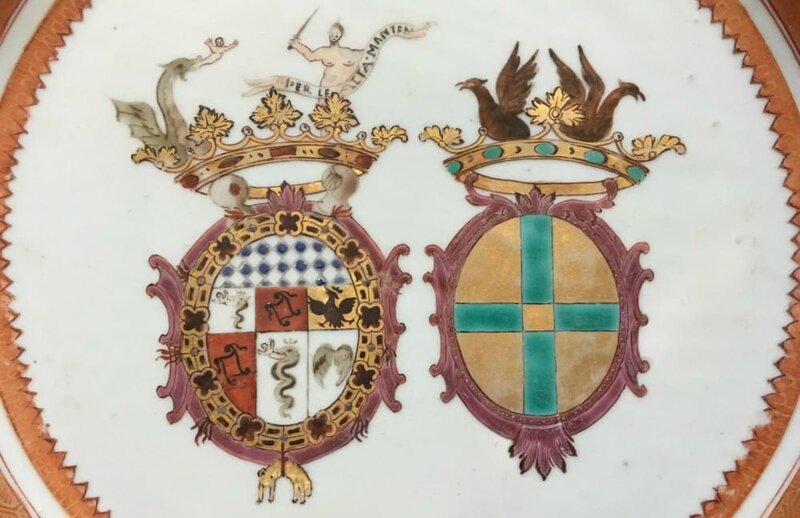 Painted in the center with the magnificent arms of Visconti and Cusani, both of Milan, within a demi-ruyi-head border around the well and a cell diaper border around the cavetto, the rim with two sprays of fans and peonies and two sprays of iris and fungi, all alternating with four shaded rose hibiscus blossoms within a brown and gilt whorl band on the edge. 12.20 in. (31,5 cm). Price upon request (Reference :B243)

A piece from this service is in the collection of the Fondation Gulbenkian in Lisboa.

An identical dish, describe with “Visconti-Borromeo-Arese” arms, is in the collection of The Bowes Museum (U.K.).

A large dish of the dimension of our, from the F. Gordon Morill Collection, was sold by Doyle in New-York (16 september 2003, lot 20).

Notice: The arms are those of Giulio Visconti (Milan), who was created a Knight of the Golden Fleece (1721) and that of his second wife, Teresa Cusani. This service may have been commisioned for the wedding of the Milanese couple, when Giulio was living in the Low Countries (he spent seven years in the Low Countries at this time).