NEW YORK, NY.- Sotheby’s annual Masters Week auctions in New York will be held from 25 – 27 January 2017. The auction series features rare and newly-discovered European paintings, drawings and sculpture spanning from the 14th through the 19th centuries. The Masters Week exhibitions will open to the public on 20 January in Sotheby’s York Avenue galleries with extended hours until 8:00pm on opening day.

MASTER PAINTINGS EVENING SALE
25 January 2017
Following the record-breaking sale of Orazio Gentileschi’s Danaë in January 2016, the Master Paintings Evening sale will be led by another striking painting by the artist: Head of a Woman (estimate $2/3 million), last seen in the landmark exhibition on Orazio and Artemisia Gentileschi at the Metropolitan Museum of Art in 2001. One of only two known panel paintings by the artist, Head of a Woman was executed during the first half of the 1630s, when Gentileschi was working at the court of King Charles I of England. Based on the inventory records and notes from 1637 / 1639, the picture was purchased from the artist by the King, suggesting that the King responded to the work personally, and had not directly commissioned it. Coming to the market for the first time in nearly three decades, the work is being sold in part to benefit the Department of European Painting and Sculpture at the Philadelphia Museum of Art. 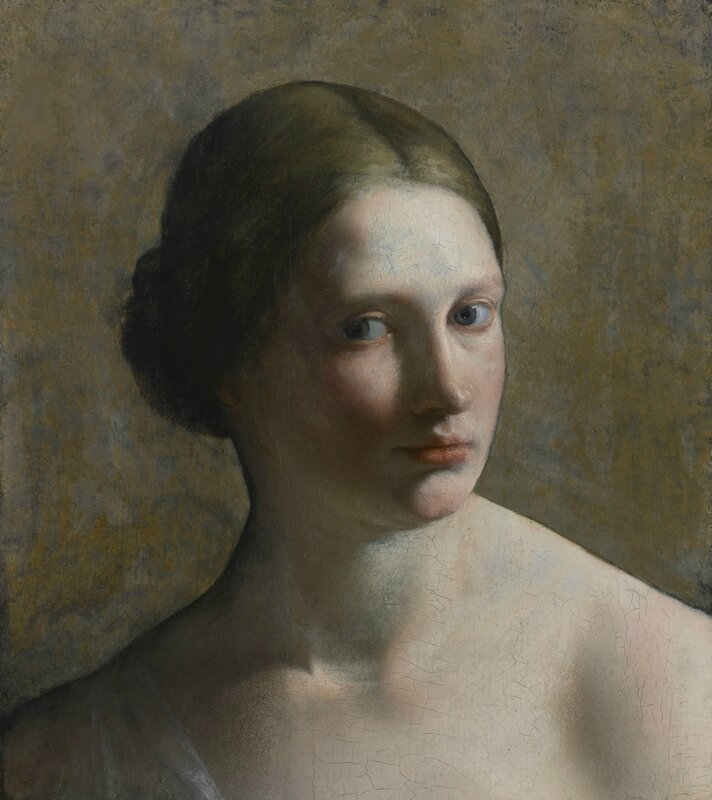 The sale also offers an outstanding group of Spanish paintings: from a large-scale religious scene by Francisco de Zurbarán, to a late work attributed to El Greco, to a detailed still life by Pedro de Camprobín y Passano. Leading the group is a newly-discovered painting attributed to Velázquez: Kitchen Still Life (estimate $1.5/2 million). According to renowned scholar William B. Jordan, the work is the only pure bodegón pantry painting of its kind by the artist. Qualities and aspects from this humble and intimate painting depicting kitchen utensils are replicated in other works by Velázquez, including ‘The Old Woman Frying Eggs’, in the National Gallery of Scotland. The Spanish section will also include a rare first edition of Francisco Goya’s first and most celebrated printed work Los Caprichos. [Madrid: Printed by Rafael Esteve for the artist, 1799.] (estimate $500/700,000). Consisting of 80 plates in the original binding, the book is generally considered the artist’s finest printed work, and remembered for its satirical presentation of society’s follies; many specific themes and allusions defy interpretation. 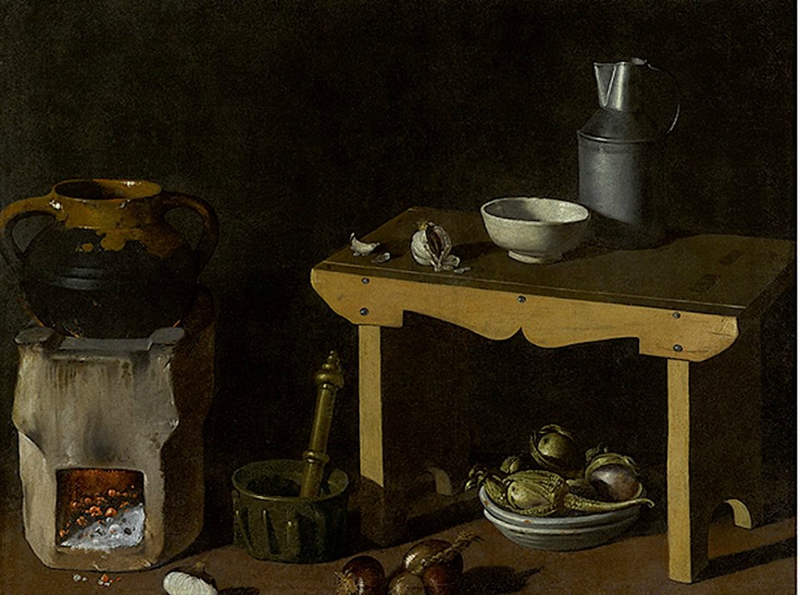 The Master Paintings Evening and Day Sales feature five Florentine tondi from the Italian Renaissance. Leading the group is The Madonna and Child Enthroned with Saint John the Baptist and an Angel (estimate $600/800,000), a late work by Sandro Botticelli and workshop. Most likely painted in the last five years of his life, the work features Botticelli’s crisp drapery folds and sharp outlines – distinguishing characteristics of his late works. Cf. my post: Botticelli and Studio, The Madonna and Child Enthroned with Saint John the Baptist and an Angel

Furthermore, the sale will offer a newly-discovered work by the celebrated Flemish painter Sir Peter Paul Rubens. Study of a Horse with a Rider (estimate $1/1.5 million) is a rare example of a large-scale animal study by the artist. Until recently the painting had been described as by a follower of Sir Anthony Van Dyck, however the authorship had been difficult to discern due to overpaint and background added later that dominated the original scene. With the removal of these later additions, the canvas has been revealed as a work of high quality, and a typical example of the spirited and rapidly painted oil sketches for which Rubens is celebrated. A similar composition and pose is evident in the foreground of Rubens’ Henry IV at the Siege of Amiens, at the Gothenburg Museum of Art.

Following Sotheby’s unprecedented selling exhibition, GLAZED: The Legacy of the Della Robbia, the evening sale includes a quintessential Renaissance sculpture by the master Andrea della Robbia, Madonna and Child (estimate $150/250,000). Andrea worked alongside his famous uncle, Luca della Robbia, and later led their workshop with unparalleled success. The present example was produced at a moment when ‘Robbiana’ became ever more advanced under Andrea’s leadership, and was often simpler in design in order to stimulate greater reverence in the viewer. 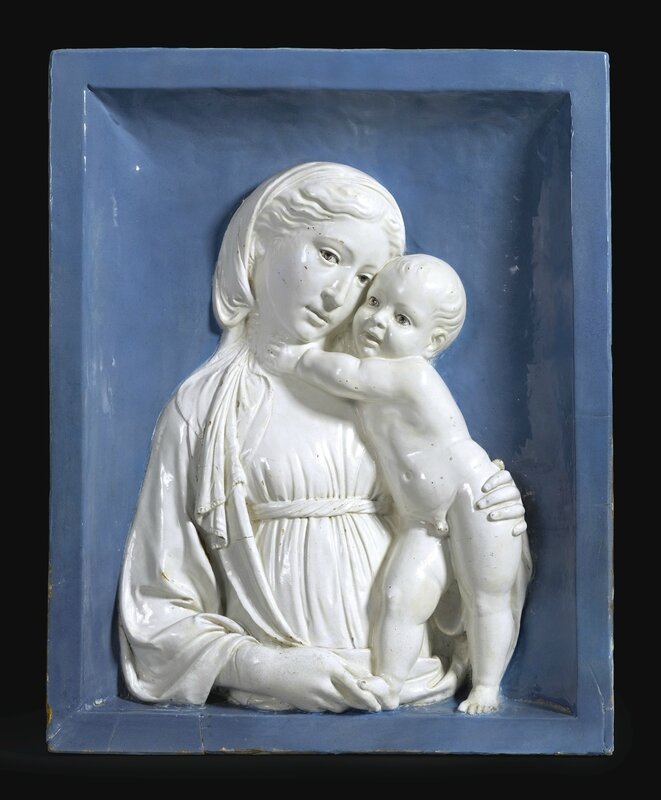 Jean-Honoré Fragonard’s The Fountain of Love (estimate $1.5/2.5 million) is one of four allegorical portrayals of love that the artist executed in the 1780s. The present work is one of the artist’s most distinguished compositions of his mature career – versions of the celebrated composition hang in the Wallace Collection, London and the J. Paul Getty Museum, Los Angeles. The work, which combines a classical story with an atmosphere and dynamism, has enchanted audiences for centuries. The painting comes to the market for the first time in nearly 30 years, from the collection of Philadelphia sports team owner and entrepreneur Edward M. Snider. Separate release available. 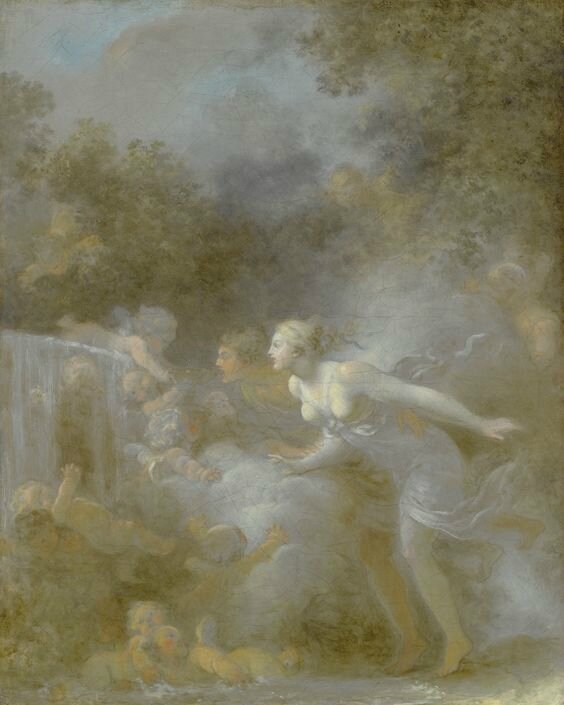 OLD MASTER DRAWINGS
25 January 2017
The Old Master Drawings sale features newly discovered or rarely seen drawings spanning four centuries and numerous countries. The sale is led by Sir Edward Coley Burne-Jones’, The Madness of Sir Tristram (estimate $350/450,000). In this highly finished watercolor, the artist successfully evokes the atmosphere of the medieval world by drawing inspiration from the early northern and Italian Renaissance, in particular, Botticelli’s Primavera. The Italian section is further distinguished by a rare preliminary study for a chiaroscuro woodcut by Parmigianino and important discoveries by Lelio Orsi and Nosadella. This season, the sale will present one of the most exceptional and comprehensive groups of works by François Boucher to come on the market in decades. The group of seven drawings is led by the spontaneous and large scale trois crayons drawing Study of a Young Chinese Woman Seated at the Table (estimate $50/70,000). Representing an important element in his career, Boucher re-uses these characters throughout his oeuvre enlivening them each time with a renewed sense of energy and vivid imagination. Additional British works on offer include exceptional works by Turner, William Blake and Gainsborough. A remarkable selection of seven works by Il Guercino offers rare landscapes in pen and ink and red chalk including A River Landscape with a Fisherman, a City in the Background (estimate $30/40,000) alongside superb figure drawings from all periods of the artist’s career. 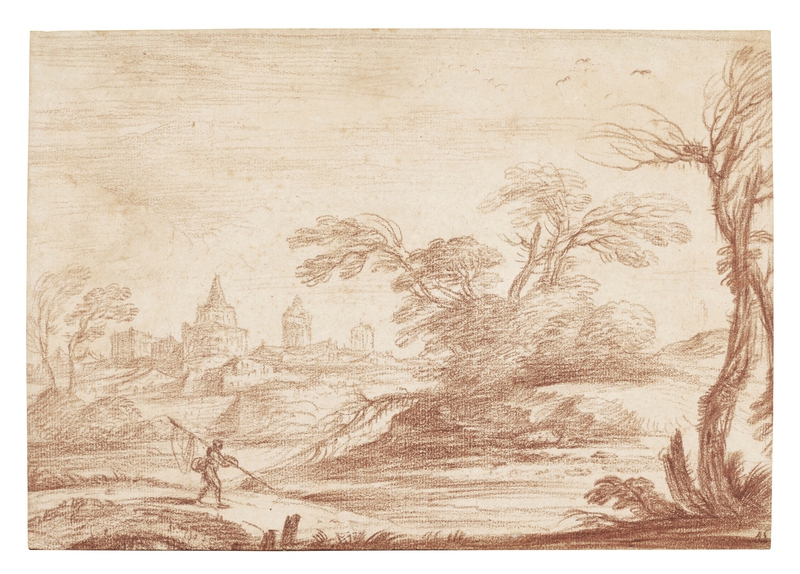 Cf. my post: Giovanni Francesco Barbieri, called Il Guercino, A River Landscape with a Fisherman, a City in the Background