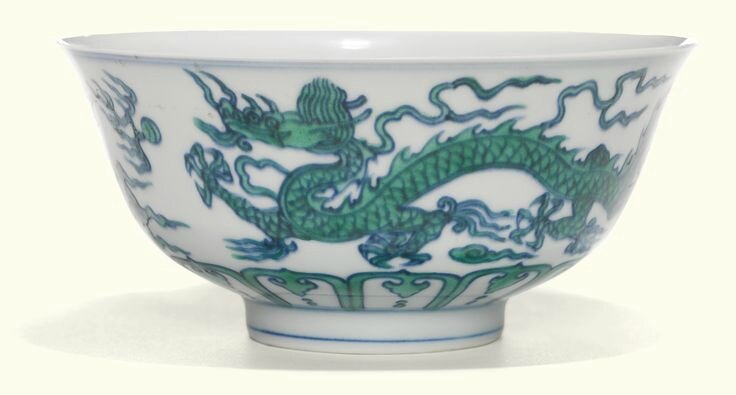 the deep rounded sides rising from a straight foot to a flared rim, boldly painted in underglaze-blue outlines filled with green enamels, the exterior depicting two five-clawed dragons pacing amongst ruyi clouds in pursuit of flaming pearls above a lappet band, all between underglaze-blue lines at the rim and foot, the base with an apocryphal Hongzhi mark within a double-circle; 15.4cm., 6 1/8 in.

PROPERTY OF A GERMAN NOBLEMAN