Christie’s Old Master & British Drawings sale on January 24 is comprised of 131 lots including works from distinguished private collections and institutions. Important works leading the sale are Francisco de Goya’s Hunter with his dog in a landscape and a lavish design by Peter Paul Rubens inspired by a composition by Renaissance artist Giulio Romano. 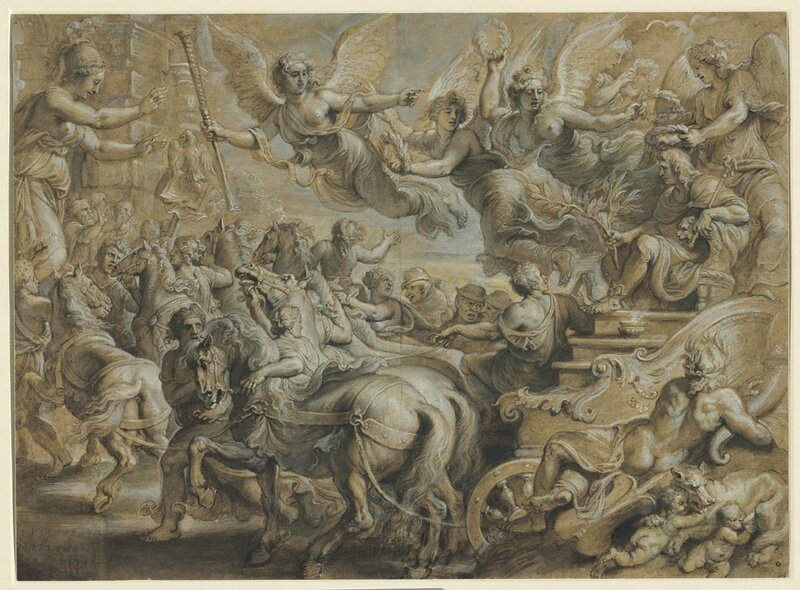 The sale features a strong selection of Italian drawings including studies by Giacomo Cavedone, Parmigianino and Taddeo Zuccaro, together with several works inspired by Michelangelo by Battista Franco, Giulio Clovio and Cesare da Sesto’s early study after the Sistine ceiling. Works by Piazzetta, Giovanni Battista and Giovanni Domenico Tiepolo, Piranesi and Francesco Guardi constitute the highlights of an outstanding selection of Venetian drawings. 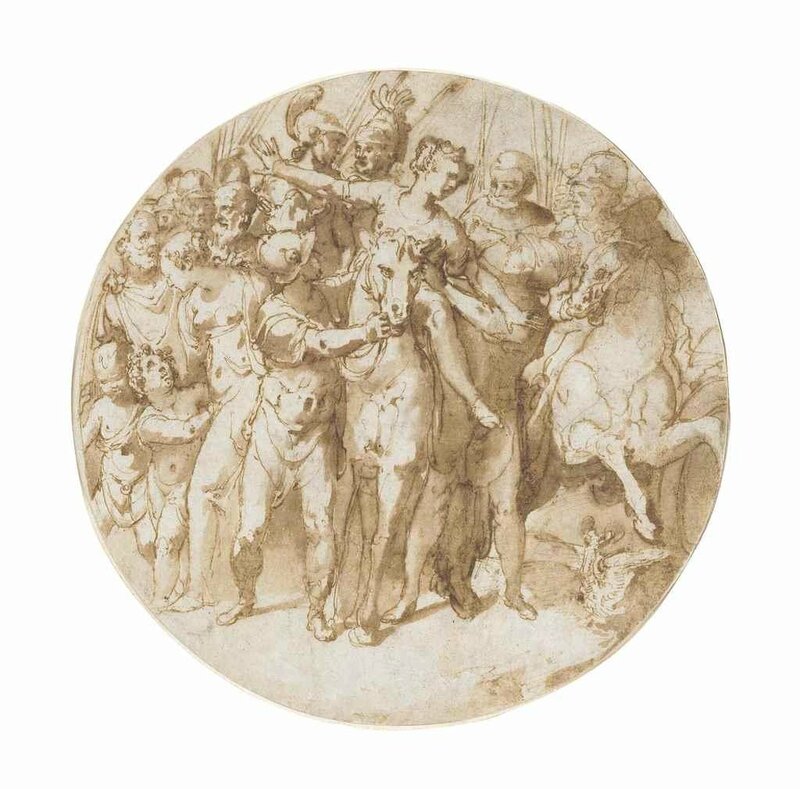 Highlights from the British section include A male nude by Henry Fuseli, and works by Gainsborough and Burne-Jones. Charles de la Fosse’s preparatory study for the painting The Virgin’s Coronation with a selection of nineteenth-century works round out the sale. The sale of Old Master Prints encompasses 220 prints from five centuries, offering an in-depth survey of the printed image in Europe, from Martin Schongauer’s (1450-1491) engravings created in the 1470s to a View of San Francisco by the French Charles Meryon (1821-1868), printed around 1855. 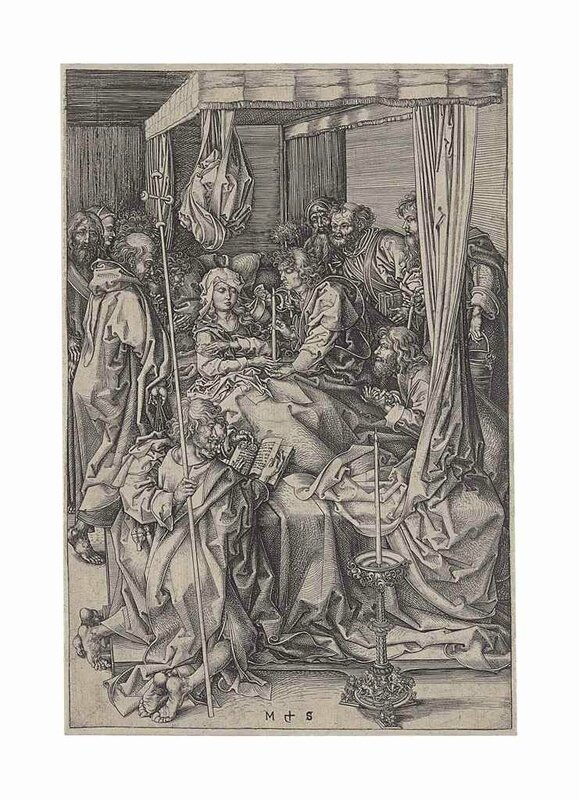 Lot 6. Martin Schongauer (circa 1445-1491), The Death of the Virgin, engraving, circa 1470-74, on laid paper, watermark Small Bull’s Head with Staff and Star (Stogdon BHX 11d), a fine impression of the very rare first state (of three), printing with great clarity and contrasts, a little dry in the upper left background, trimmed to or just inside the borderline, retaining a fillet of blank paper outside the borderline in places at left, a few tiny repairs at the sheet corners and edges, re-margined, generally in good condition. Sheet 258 x 172 mm. Estimate $100,000 -150,000 © Christie's Image Ltd 2017

Classic prints by the most celebrated and widely collected artist-printmakers, including Albrecht Dürer (1471-1528), Rembrandt (1606-1669), and Francisco de Goya (1746-1828), stand side by side with extreme rarities, such as an anonymous, hand-coloured woodcut of the Virgin nursing the Child, printed in Northern Italy around 1530; one of a few surviving devotional prints of the period. 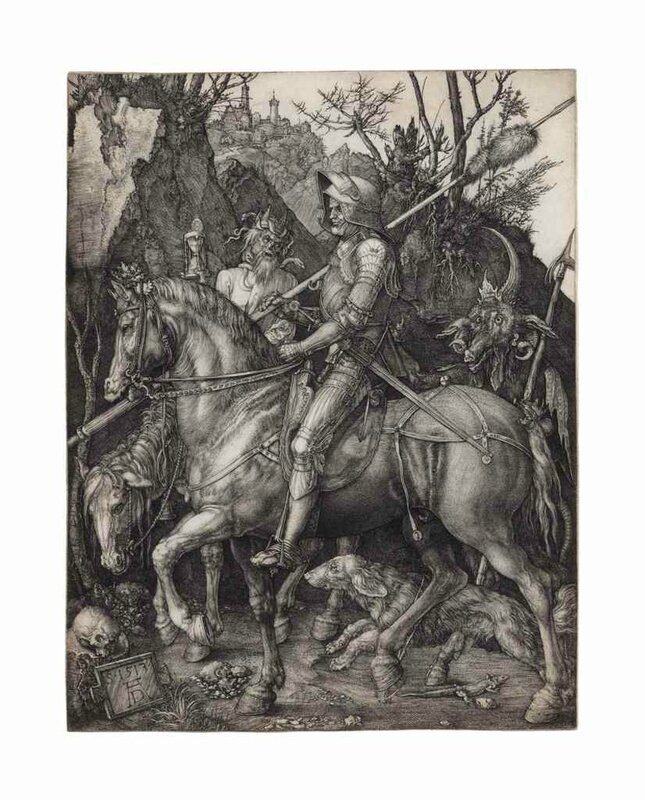 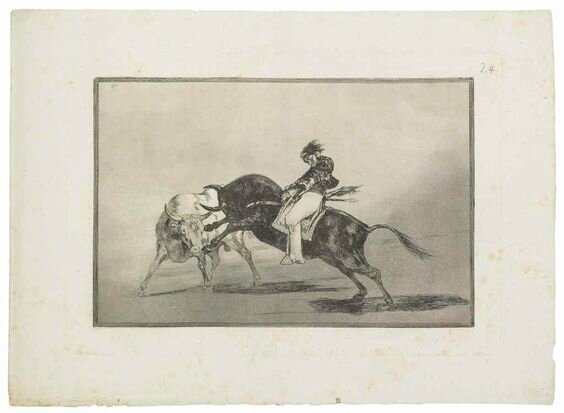 Lot 232. Francisco de Goya (1746-1828), La Tauromaquia, the set of 33 etchings with burnished aquatint, drypoint and engraving, 1816, on laid paper, ten with watermarks MORATO, No 1o and No, the others without watermarks, very good impressions from the First Edition, published by the artist, Madrid, 1816, all but one plates with the full sheets, with deckle edges, plate 33 with narrow margins, some scattered foxing, some plates with a soft vertical crease, plate 32 with two tears, all hinged along the left sheet edge to album sheets, bound in an early 20th century luxury binding by George Cretté in black tooled and gilt morocco, with the artist's name and the title in gilt on the spine. Plates 251 x 352 mm., Sheets 323 x 443 mm. (and similar), 367 x 505 mm. (album overall). Estimate $80,000 -120,000 © Christie's Image Ltd 2017

The estimates vary as much as the dimensions of the works: the exquisite little engravings by Hans Sebald Beham (1500-1550) are the size of a postage stamp, while the monumental woodcut The Submersion of Pharaoh’s Army (estimate: $200,000-300,000) after a design by Titian leads the sale and fills an entire wall in its scale. 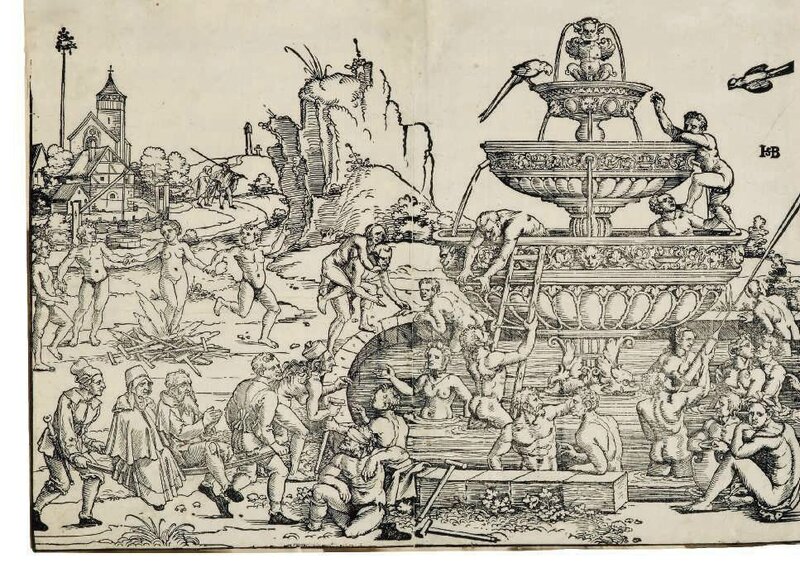 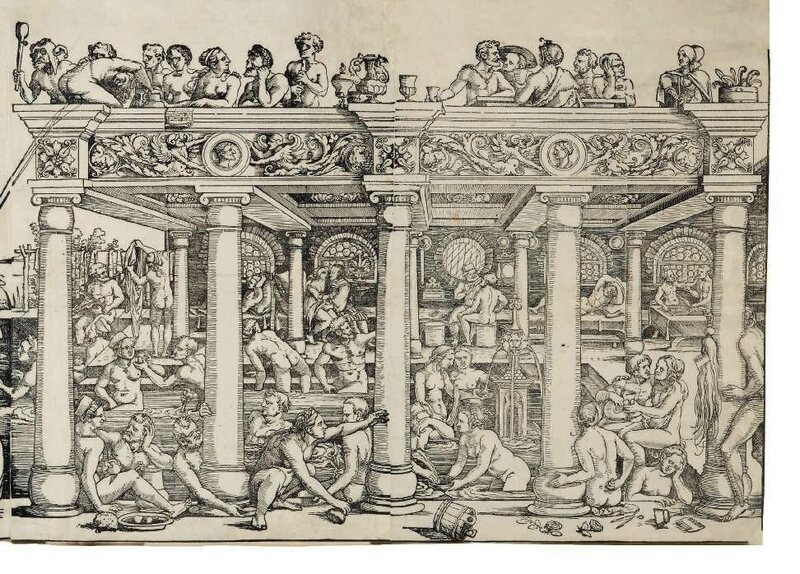 Lot 99. Hans Sebald Beham (1500-1550), The Fountain of Youth, the complete woodcut printed from four blocks, circa 1530-45, on four joined sheets of laid paper, all with a Small Augsburg Cup in a Shield with Pendant A watermark (similar to Briquet 2112, dated Augsburg 1548-55), a fine, early impression of the second, final state of this very rare print, after Glockendon's address and but before the long, broad vertical cracks through the fountain and elsewhere, with thread margins below, trimmed to the borderline at the sides and outside the subject above, in very good condition. Sheet 375 x 1100 mm. Estimate $50,000 -70,000 © Christie's Image Ltd 2017 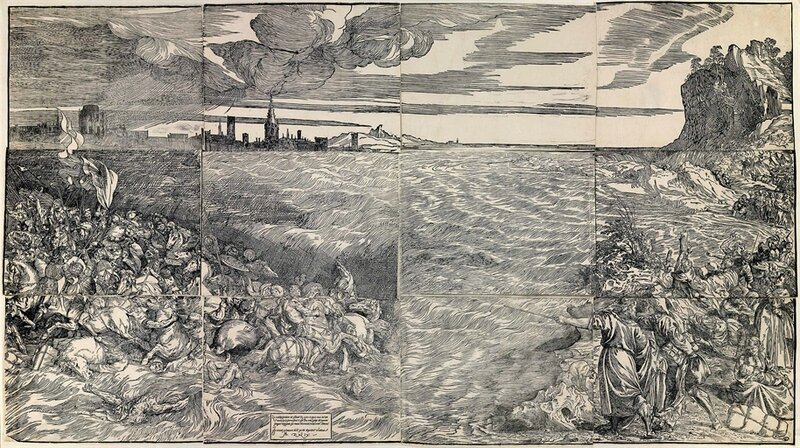 Lot 77. After Tiziano Vecellio, called Titian, (circa 1488-1576), The Submersion of Pharaoh’s Army in the Red Sea, the complete woodcut printed from 12 blocks, circa 1514-15, on 12 joined sheets of sturdy laid paper, without watermarks, a very good, uniformly strong and even impression of this rare and important monumental woodcut, the sheets all joined at the edges, the whole print hinged at the top, trimmed to the outside borderline, backed with paper along the outer edges, the borderline strengthened with brush and ink, a few small repairs and backed tears, generally in good condition, framed. Block 1229 x 2219 mm., Sheet 1248 x 2254 mm. Estimate $200,000 -300,000 © Christie's Image Ltd 2017