LONDON - Tate Britain’s upcoming retrospective of David Hockney will bring together six decades of the artist’s work for the first time. Major loans from private collections – including works never displayed in public before – will be united with iconic paintings from museums around the world. It will be the most extensive survey ever staged of one of the most successful and recognisable artists of our time. This once-in-a-generation show will offer an unprecedented overview of Hockney’s work in paint, drawing, photography and video.

Highlights will include a double portrait of renowned novelist Christopher Isherwood and artist Don Bachardy, painted in 1968, shown in the UK for the first time in over two decades. Isherwood and Bachardy were one of Hollywood’s first openly gay couples and regularly opened up their home to entertain artists, actors and writers. This work was the first of Hockney’s celebrated double portraits, which he painted in the late 1960s and 1970s. Tate Britain will reunite many of this series, including American Collectors (Fred and Marcia Weisman) 1968; Henry Geldzahler and Christopher Scott 1968-9; Mr and Mrs Clark and Percy 1970-1; Portrait of an Artist (Pool with Two Figures) 1971; and My Parents 1977. 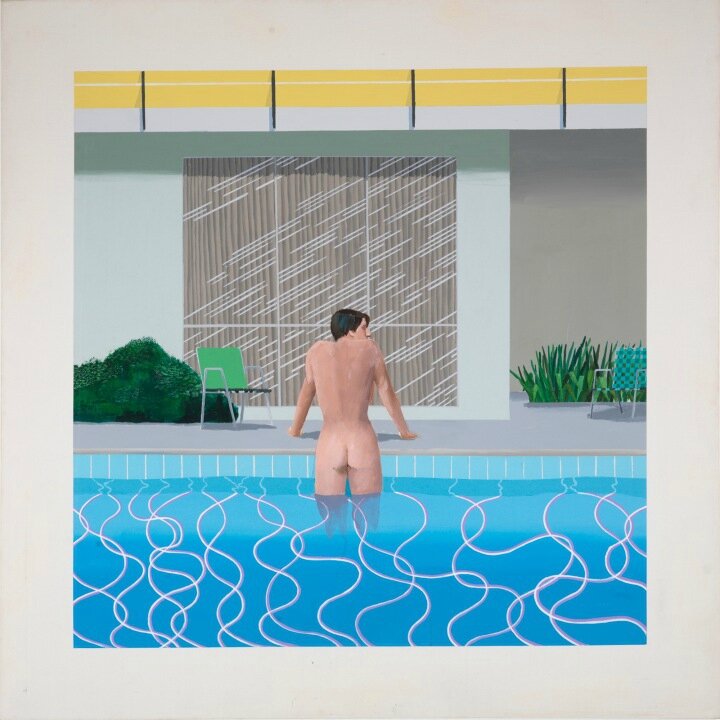 The retrospective will include vibrant new paintings of the artist’s home and garden in Los Angeles, which will be united for the first time with earlier works depicting the same subject across 35 years. Hockney first moved to this home in 1979 and soon afterwards created Hollywood Hills House 1980, a colourful work showing both the interior and the garden. 20 years later he painted Red Pots in the Garden 2000, which features the same banana-leaf palm and gently curving pool from another perspective. New paintings of the garden, created following Hockney’s recent return to California after a decade at his Yorkshire home, will also be shown for the very first time.

The exhibition will cover the full scope of Hockney’s artistic practice, from small scale, intimate works to vast, immersive canvases. Highlights will include rarely seen works exploring tender and personal themes, from his early series of Love paintings and We Two Boys Together Clinging 1961 to delicate drawings of the artist’s friends and family, including designer Celia Birtwell, poet W H Auden, artists Andy Warhol and R B Kitaj, and Hockney’s own parents. More recent works, such as his acclaimed landscape paintings of the Yorkshire countryside and his pioneering experiments with digital drawing and filmmaking, will also be showcased. David Hockney opens at Tate Britain on 9 February 2017 and runs until 29 May 2017. The exhibition is curated by Chris Stephens, Head of Displays & Lead Curator, Modern British Art, and Andrew Wilson, Curator Modern and Contemporary Art and Archives, with Assistant Curator Helen Little. It is sponsored by the Blavatnik Family Foundation with additional support from the David Hockney Exhibition Supporters Circle. This exhibition is organised by Tate Britain in collaboration with the Centre Pompidou, Paris and The Metropolitan Museum, New York. 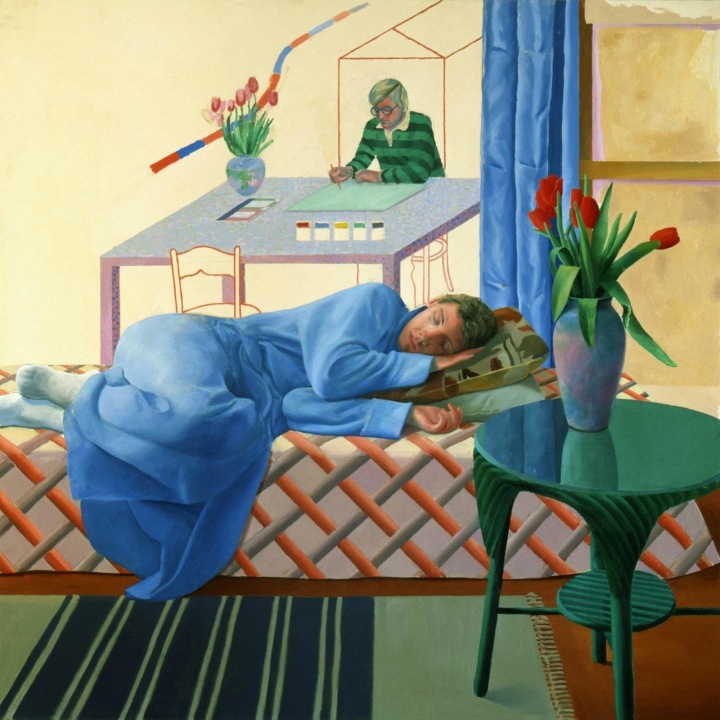 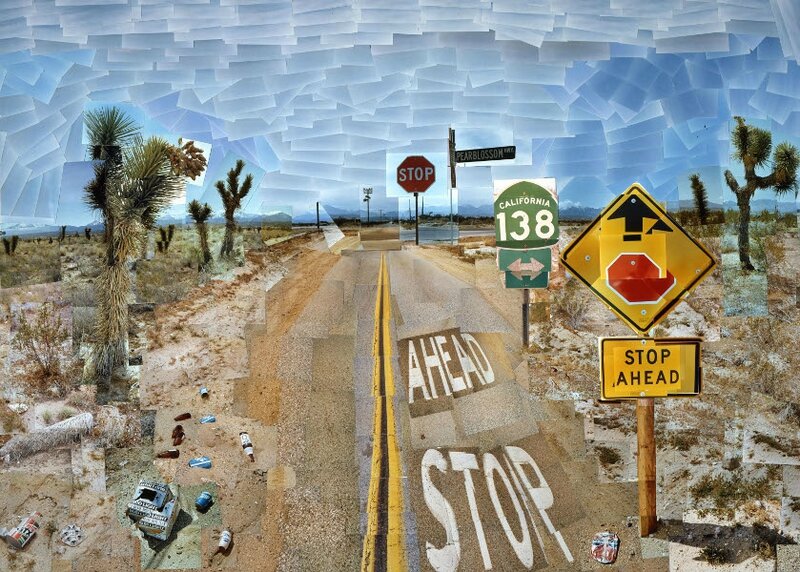