The Ringling presents "A Feast for the Senses: Art and Experience in Medieval Europe"

The Ringling presents "A Feast for the Senses: Art and Experience in Medieval Europe" SARASOTA, FLA.- The John and Mable Ringling Museum of Art presents A Feast for the Senses: Art and Experience in Medieval Europe, a major international loan exhibition that brings together more than 100 works including stained glass, precious metals, ivories, tapestries, paintings, prints and illuminated manuscripts. The show has been organized by The Walters Art Museum, Baltimore, in partnership with The Ringling with objects coming from 25 prestigious public institutions including the Metropolitan Museum of Art, the Morgan Library and Museum and the Victoria and Albert Museum.

“We are thrilled to be partnering with The Walters Art Museum to bring this extraordinary group of objects to our visitors in Sarasota,” remarked Steven High, executive director, The Ringling. “These works will not only allow guests to engage with art in new ways but give them the opportunity to view pieces from world-renowned collections.” The exhibition focuses on the late medieval and early Renaissance period in Europe (roughly 1300-1500), a time in which societal changes prompted a new interest in human experience, the enjoyment of nature and the pursuit of pleasure. As a result, the art of this period functioned in a rich sensory world that was integral to its appreciation. These works were not only seen, but also touched, smelled and heard. The exhibition will bring together sacred and secular art to reveal the role of the senses in courtly ritual and religious practice.

A Feast for the Senses seeks to recover the traces of sounds, smell, taste and touch inherent in the materiality of these late medieval objects and give them a voice, bringing them to life for the modern viewer. The oft-held notion of the Middle Ages as a period of sensory deprivation is disproven through the many objects on view that encourage sensory engagement. As visitors move through the exhibition space they will encounter interactive displays including Audio Spotlights, Scent Pop stations, and touchable replicas, all designed to encourage an appreciation of how art was designed to stimulate the senses of the medieval viewer. 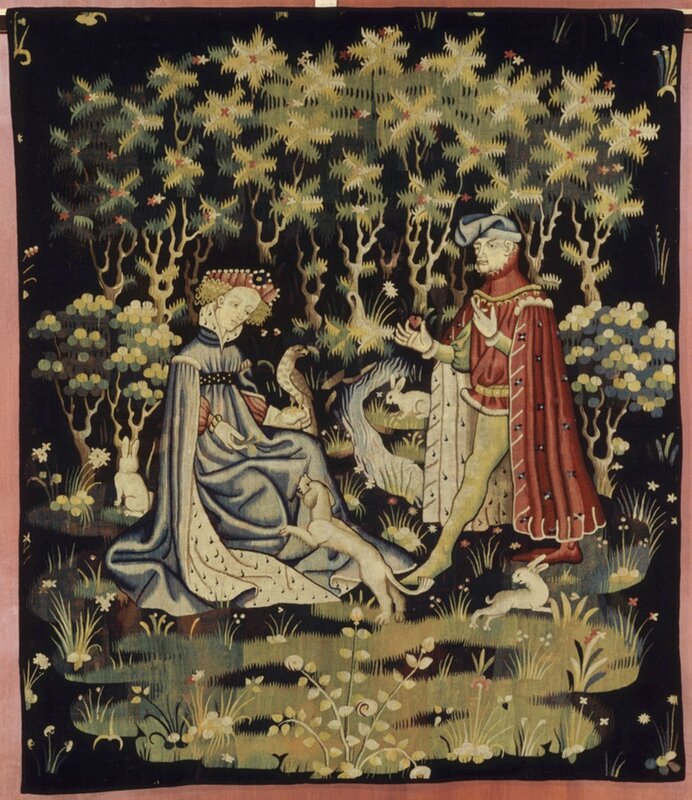 Tapestry with the Offering of the Heart; The gift of the heart, 1400-1410, wool and silk, Paris, Musée du Louvre, Decorative Arts Department.

“These are objects that were meant to be touched and used, not simply looked at. A Feast for the Senses will evoke the experiences people in this period had with them, allowing visitors to gain a deeper understanding of this time in history” stated Virginia Brilliant, Ulla R. Searing curator of collections at The Ringling.

The exhibition is accompanied by an illustrated catalogue with new research that significantly contributes to the emerging field of sensory perception within art history. The essays, by leading scholars including exhibition curator Martina Bagnoli and Virginia Brilliant, explore the themes of the exhibition through investigations into religious practices and rituals, aristocratic feasts and celebrations, music and literature and the art of courtship, love and marriage. Aquamanile in the Form of a Centaur. Bronze, Germany 1450-1500, The Walters Art Museum, Baltimore. 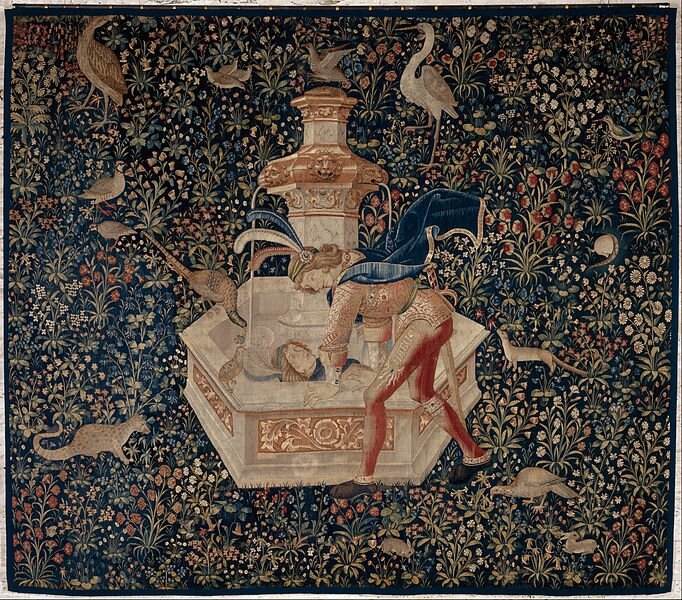 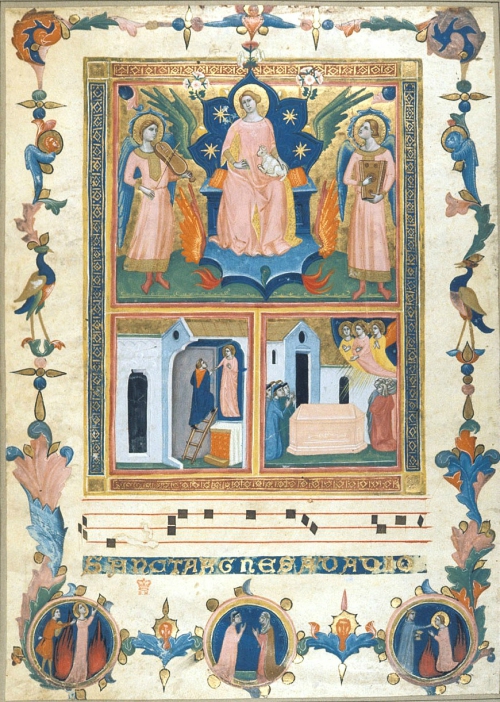 Add MS 18196, f. 1r, Agnes Enthroned and Scenes from Her Legend © The British Library Board

Commentaires sur The Ringling presents "A Feast for the Senses: Art and Experience in Medieval Europe"