Prince Charles (known as the Duke of Rothesay when in Scotland) stands at the entrance to the Tapestry Room of Dumfries House, which was preserved for posterity through his efforts. Designed by the brothers Adam and furnished by cabinetmaker Thomas Chippendale, Dumfries House is considered the most gloriously intact 18th-century house in Scotland. The ceiling in the entrance hall features ornate plaster ornamentation; a mahogany-and-brass grand orrey is situated between Doric columns. The floors are stone. 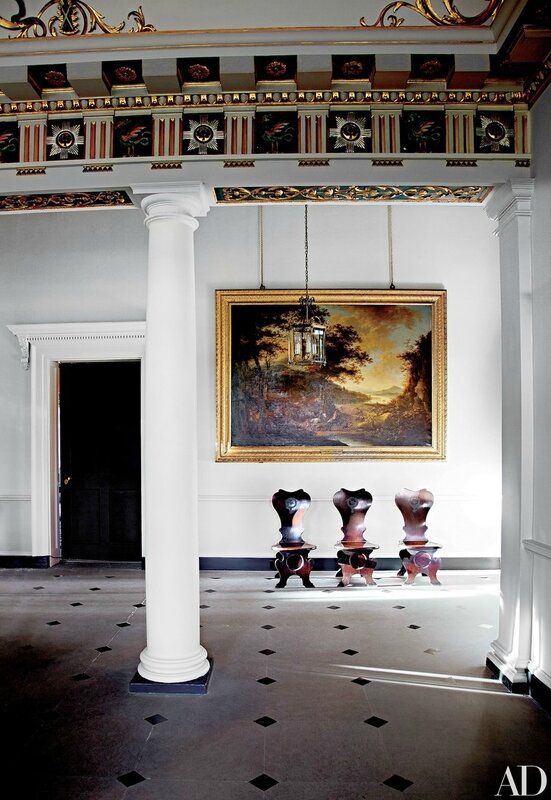 A painting by Jacob de Heusch is displayed in the entrance hall, and the trio of hall chairs is from a set of eight by Alexander Peter. The frieze alternates Order of the Thistle stars with the mythical wyvern, a Crichton family crest The chinoiserie mirrors in the Blue Drawing Room are by William Mathie, and the gilt-wood pier tables are the work of George Mercer. Upholstered in a custom-woven silk damask and positioned on a mid-18th-century Axminster carpet, the mahogany chairs and settee in the Blue Drawing Room were supplied by Chippendale in 1759; he also created the rare rosewood breakfront bookcase. The Murano-glass chandelier is original to Dumfries House, and the portraits are on loan from a private collector. In addition to Chippendale elbow chairs and card tables, the Family Parlor includes a camelback sofa by Peter and a harpsichord by Jacob Kirkman. Emblems of the harvest are carved into the paneling of the Pink Dining Room; the painting is by Venetian artist Jacopo Bassano, and the curtains are ornamented with antique tassels and trim. Named for the extensive pewterware collection it once housed, the Pewter Corridor was added to the original structure by architect Robert Weir Schultz in the early 20th century. The space is made up of a series of elaborately painted domed niches, each separated by an archway. 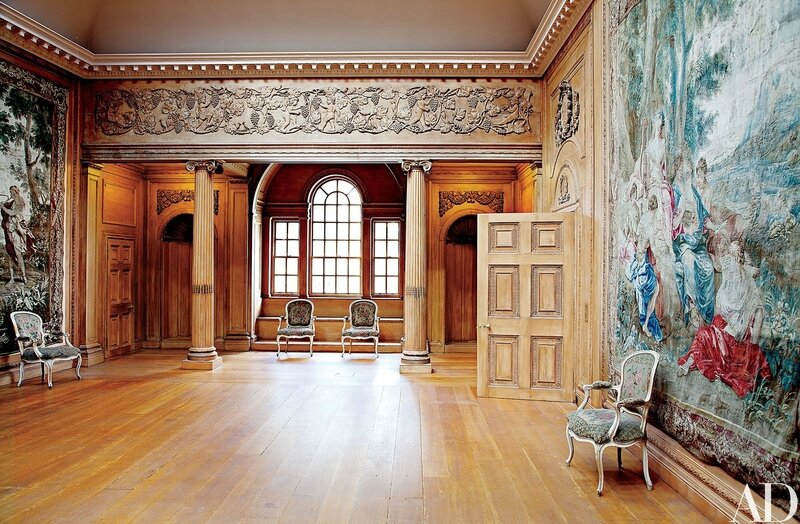 The Tapestry Room, completed in 1908 by Schultz and paneled in bleached American walnut, was designed to house four circa-1700 Gobelins weavings presented by Louis XIV to an ancestor of the seventh Marquess of Bute, former owner of Dumfries House. 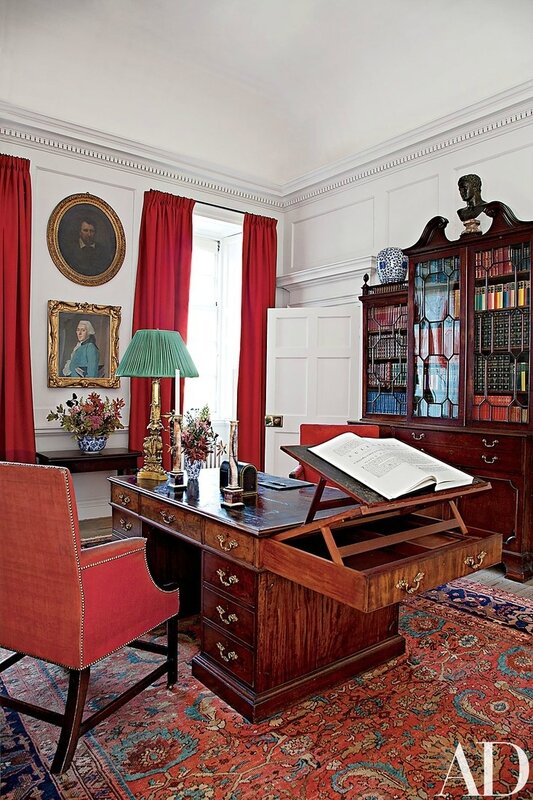 Peter armchairs and a 1759 Chippendale library table are among the furnishings placed in Lord Dumfries’s Study; it was originally a dressing room. A Christopher Moore printed linen, based on an 18th-century document, is used in this south-facing sitting room, which was decorated for the use of the Prince of Wales; the gilt-wood pier glass was made by Mathie in 1759, and the walls are painted with Farrow & Ball’s Vert de Terre. The oak main staircase connects the principal floor with the bedchamber level. A team of 20 artisans restored the Chippendale four-post bed in the Family Bedroom; brilliant blue silk damask covers even the canopy’s cresting. Above the fireplace is a gilt-wood overmantel, also by Chippendale; Alexander Peter designed the bedside cupboards as well as the chair and stool, which retain their 18th-century floral tapestry covers. 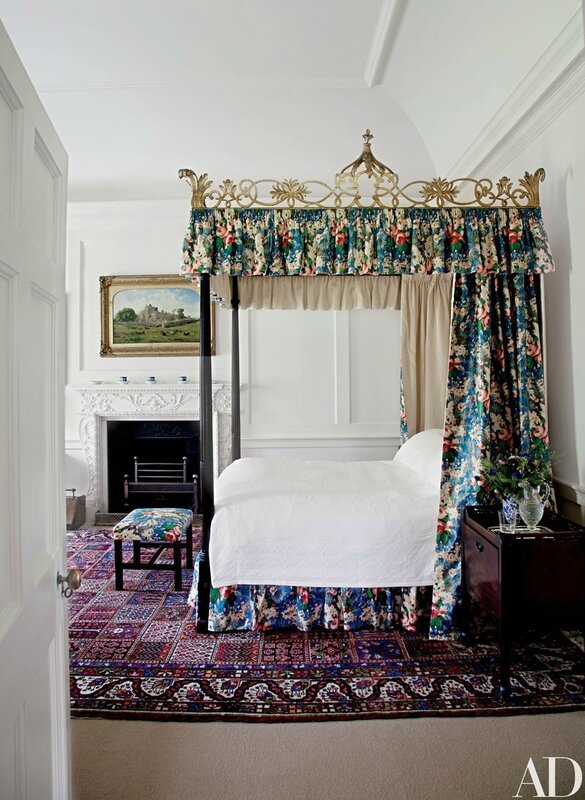 A gilt-wood four-post bed hung with a Jean Monro chintz from Clarence House dominates a bedroom. The same Jean Monro chintz is used throughout the room. Another view of the house’s façade. The manicured landscaping fronting the house. The original main approach to Dumfries House brought visitors over the Adam Bridge, which spans the River Lugar.