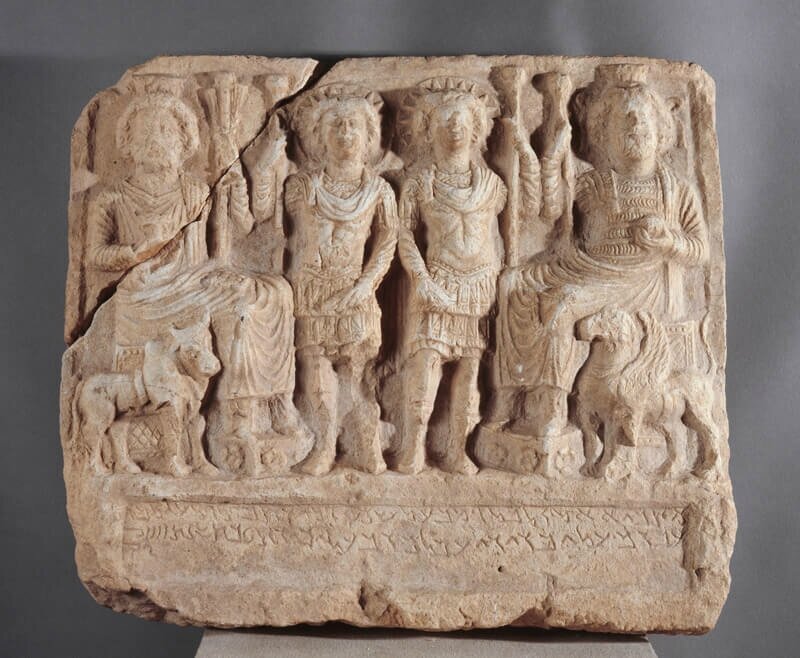 An inscription in the lower register of this relief names four gods, but it is through iconographic analysis that the figures can be identified. On the far left is a bearded and seated Baalshamin, with a bull by his side and holding in his left hand a staff topped by stalks of wheat. Bel, on the far right, mirrors Baalshamin's pose and status, but instead is accompanied by a griffin, holds a scepter in his right hand and a sphere in his left, and wears an armored shirt. Between these two supreme divine figures stand the armor-clad celestial divinities, Aglibôl (center left) and Yarhibôl (center right).