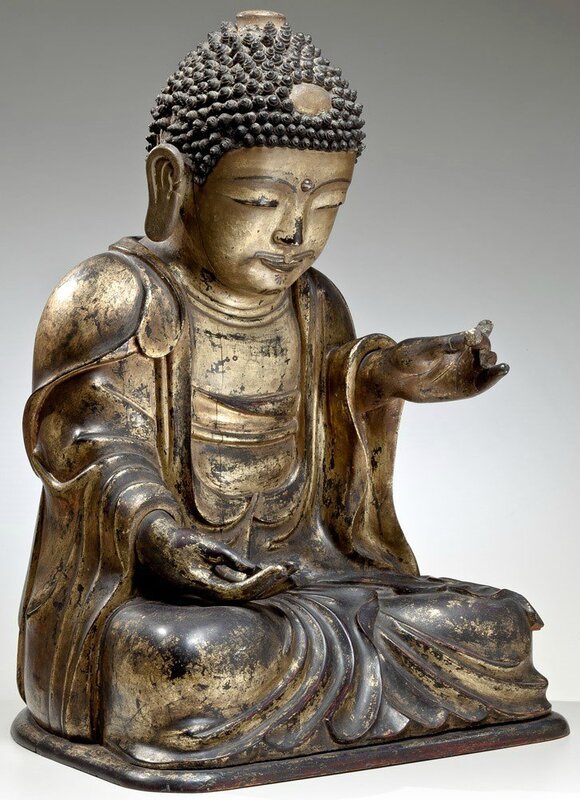 NASHVILLE, TENN.- This winter and spring, visitors to the Frist Center will enjoy opportunities to examine the art of Buddhism in unusual depth. Organized by the Newark Museum exclusively for the Frist Center, Secrets of Buddhist Art: Tibet, Japan, and Korea explores one of the great faiths of the world through paintings and sculptures by Japanese, Korean, and Tibetan artists. On view in the Center’s Ingram Gallery from February 10 through May 7, 2017, the exhibition features 109 paintings and sculptures from the Newark Museum’s world-renowned collection of Buddhist art made between the late thirteenth and early twentieth centuries.

Secrets of Buddhist Art provides a basic understanding of how these artistic objects function within the esoteric or “secret” Vajrayana branch of Buddhism. Between the fourth and third centuries BCE, Buddhism split into two main branches: Mahayana and Theravada. Seven-hundred years later, in the third century, a third form, called Vajrayana, rose within the Mahayana branch. This esoteric school dominates Tibetan practice and is also prominent in Japan. Its devotees participate in initiation and empowerment ceremonies kept secret from outsiders. “A key to understanding these secrets is to study the complex array of both human and divine figures within esoteric Buddhism, as well as the rich, multilayered vocabularies of motifs that instruct and assist practitioners,” says Katherine Anne Paul, curator, Arts of Asia, Newark Museum. This exhibition marks the first time that a selection of traditional Korean art—including a major depiction of the Geumgangsan Diamond Mountains on a folding screen, as well as 15 other pieces—will be presented in Nashville. “The thematic groupings of objects intentionally transcend national boundaries and encourage viewers to compare each cultures’ interpretations of Buddhism and their distinguishing aesthetic forms and styles,” says Frist Center curator Katie Delmez.

Images of the historical Buddha, born Siddhartha Gautama in the sixth century BCE in present-day Nepal, are prevalent throughout the Buddhist world, as are depictions of great events from his many lifetimes, especially his miraculous birth, departure from home, attainment of enlightenment, first sermon at Deer Park, and realization of nirvana upon his final death. Buddhist practices of Tibet, Japan, and Korea are also populated with other non-historical Buddhas as well as numerous bodhisattvas. “Bodhisattvas are spiritually realized figures who have attained enlightenment but postpone nirvana (the ceasing of cyclic existence) to assist other sentient beings until all become enlightened,” says Paul. “In art, bodhisattvas frequently are distinguished from Buddhas by jewelry—diadems, earrings, necklaces, armlets, bracelets, anklets—and by luxurious, often gravity-defying clothing that floats around them.”

Secrets of Buddhist Art includes sections that examine how Buddhism explains the cycle of birth, death, and rebirth and which particular Buddha and bodhisattvas are worshipped to promote good health, longevity, and increased wealth. The exhibition also features portraits of teachers and students not only from different regions and periods of time, but also from different Buddhist schools within each region. Particularly rare for any museum collection are the two complete sets of biographical paintings. The detailed hagiographies (biographies of saints) include fifteen Tibetan paintings that illustrate the life of Tsongkhapa and four Japanese paintings that illuminate the life of Tokuhon.