NEW YORK, NY.- Sotheby’s Asian Art Division is delighted to unveil its March auction schedule, coinciding with the city-wide initiative, Asia Week New York. With all exhibitions open to the public from 9 March and continuing through 18 March, York Avenue will offer visitors a taste of the continent of Asia – from China to India, Pakistan to Japan – through eight exhibitions. Encompassing over a thousand lots across thousands of years of creativity, collectors will have the opportunity to view and acquire outstanding examples of Chinese Works of Art, Classical Chinese Paintings & Calligraphy, Indian, Himalayan & Southeast Asian Works of Art, Modern & Contemporary South Asian Art and contemporary Chinese Ink at Sotheby’s New York headquarters.

MING: THE INTERVENTION OF IMPERIAL TASTE
14 March 2017, 10am
Asia Week commences with the special themed auction Ming: The Intervention of Imperial Taste. An exploration of Ming porcelain and the diplomatic role it played over 300 years, the sale celebrates the breadth and boldness of the Ming potters’ new and innovative designs and techniques. From famed blue-and-white porcelain in a variety of shapes and decoration, to monochromatic and wucai-decorated works, this sale is a fête of the innovation and refinement of Ming porcelain. One of the highlights from the sale is An Exceptionally Rare and Large Fine Blue and White Reserve-Decorated ‘Peony’ Dish, Xuande Mark and Period (estimate $1/1.5 million). Measuring 15 ¼ inches (38.6 cm) in diameter, this impressive work of art is illustrative of the mastery of potting and glazing achieved by the Ming in the early 15th century. IMPORTANT CHINESE ART
14 March 2017, approximately 10:30am and 2pm
The spring sale of Important Chinese Art is a comprehensive survey of the field, with over 250 lots representing all major categories. The sale is led by two exceptionally rare imperial tea caddies from the Yongzheng period. The first, in blue and white, is painted with dragons (estimate $1.3/1.5 million) and the second is applied with a celadon glaze (estimate $800/1,200,000). A Large Bronze Tripod Censer, Qianlong Mark and Period, headlines a strong group of metalwork (estimate $300/500,000). Ceramics and works of art from private collections, including the Collection of Joan Oestreich Kend, are particularly impressive. One such example is of Two Extremely Rare Famille-Rose Enameled Porcelain Figures of Ksitigarbha, Qianlong/Jiaqing Period (estimate $150/250,000). 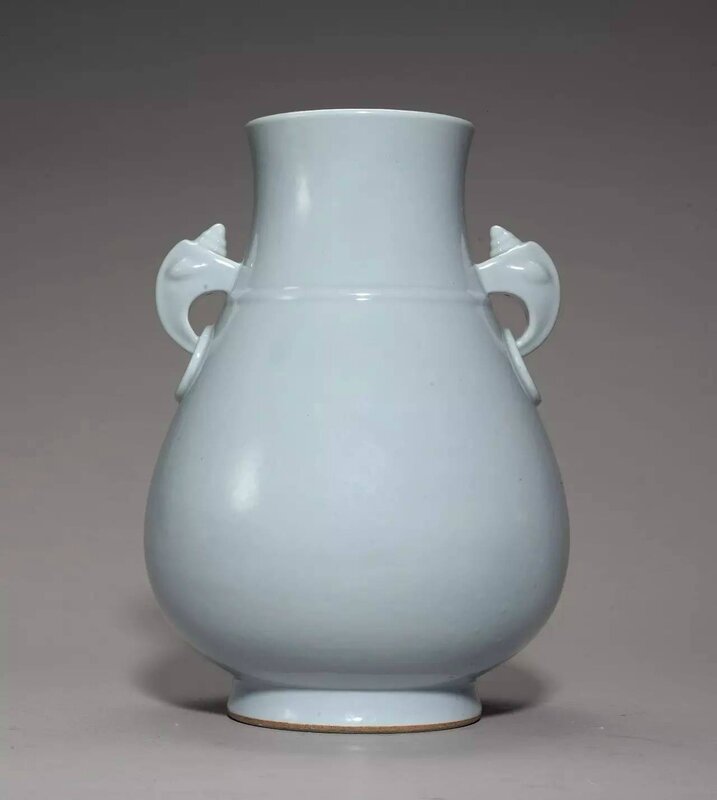 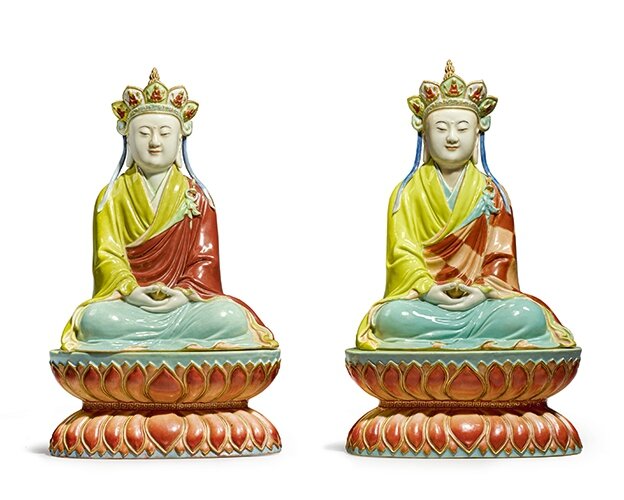 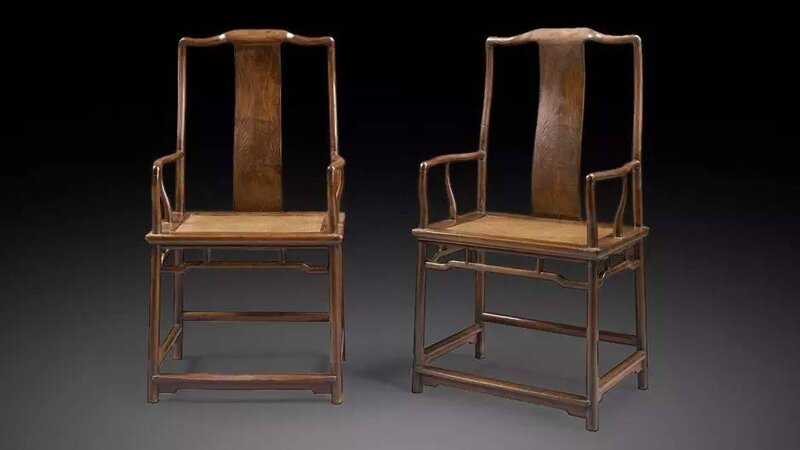 MODERN & CONTEMPORARY SOUTH ASIAN ART
14 March 2017, 10am
This season’s Modern & Contemporary South Asian Art auction is made up exclusively of works from private collections. Admirers of Raja Ravi Varma, considered the pioneer of portraiture in India and whose Portrait of a Young Woman In Russet And Crimson Sari achieved twice its low estimate last March, will be enchanted by Untitled (Damayanti) (estimate $500/700,000). Embodied with qualities typical of the artist – his fascination with traditional dress, his elevation of traditional beauty – the appearance of this oil painting on the auction market offers collectors a rare opportunity to acquire a significant work by this Indian National Heritage Artist. INDIAN, HIMALAYAN AND SOUTHEAST ASIAN WORKS OF ART
15 March 2017, 10am and 2pm
Offerings from South Asia continue with the sale of Indian, Himalayan and Southeast Asian Works of Art, including property from the Cleveland Museum of Art. Sold to benefit future acquisitions, the group includes a Bronze Group Depicting Shiva Embracing Uma (Alinganamurti) from the Chola Period, purchased from famed Chinese dealer, C.T. Loo in 1954. Coming to the market for the first time in over sixty years, this beautiful bronze sculpture carries a pre-sale estimate of $300/500,000. In addition to the wonderful group from the Cleveland Museum of Art, the spring’s auction includes a superb assembly of gilt-bronze sculptures from private American and European Collections and Indian miniatures paintings and drawings from the Lanier Collection. 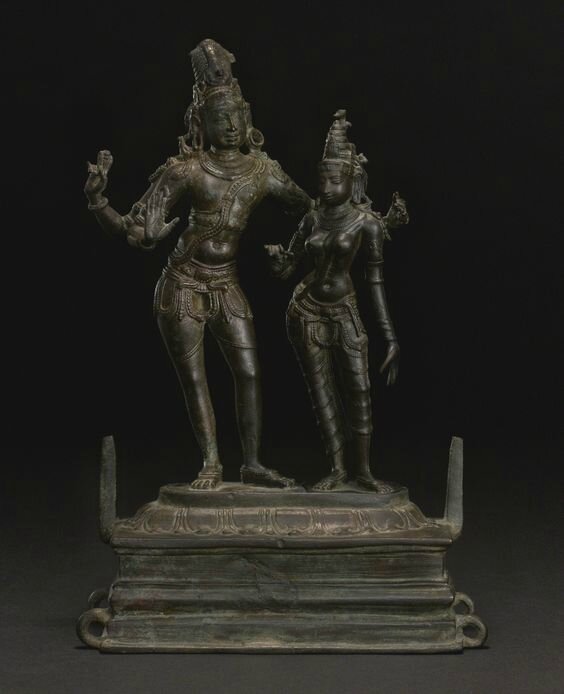 FINE CLASSICAL CHINESE PAINTINGS & CALLIGRAPHY
16 March 2017, 10am and 2pm
Assembled from across the globe, the March sale from the Classical Chinese Paintings department is comprised of rare and outstanding works. The undisputed highlight of the auction is Zhu Da’s Flowers, Birds, Fish and Fruit (estimate $2.5/3.5 million). Dated 1703, and painted towards the end of this master’s life, this captivating album of twelve leaves was previously owned by Zhang Daqian, one of the best known Chinese artists of the 20th Century. Other key offerings include a landscape hanging scroll by Wu Zhen titled Studio Among Streams and Mountains (estimate $800/1,000,000), and an album by Wang Jian Landscape After Old Masters (estimate $600/800,000). SATURDAY AT SOTHEBY’S: ASIAN ART
18 March 2017, 10am and 2pm
Saturday at Sotheby’s presents a wonderful opportunity for both new and established collectors to seek out treasures of collectible and decorative Asian Art. Ranging in estimate from $200 to $20,000, the approximately 580 lots range in size, origin and time period. From furniture to snuff bottles, and everything in between, works of art from China, India and Japan will be sold across two sessions on 18 March 2017. A LYRICAL LINE: PAINTINGS AND DRAWINGS BY FRANCIS NEWTON SOUZA
3-20 March 2017, Online
Sotheby’s Asia Week’s inaugural online-only sale explores paintings and drawings by modern Indian master, Francis Newton Souza. To be exhibited alongside this season’s traditional auction of Modern & Contemporary South Asian Art, drawings, sketches and works on paper and canvas spanning five decades of the artist’s career will be available for online bidding from 3-20 March. An Untitled oil on silk work from 1966 epitomizes the force of Souza’s creative energy, and carries an estimate of $30/50,000.

DIFFERENT PATHS: EXPLORATIONS IN INK
Exhibition: 9-24 March 2017
Building upon the pioneering exhibitions of established and emerging Chinese Contemporary Ink artists held at Sotheby’s each spring since 2013, this season’s Different Paths: Explorations in Ink focuses on landscapes. 15 artists, including Li Huayi, Peng Wei, Wucius Wong and Zheng Chongbin, showcase their command of this versatile medium and their ability to bring this ancient art form into the 21st century. Li Huayi’s Misty Paths to Pureland from 2016 is one such example; whilst utilizing the same ink and color available in classical Chinese paintings and calligraphy, the artist infuses a contemporary spirit into this mysterious and beautiful landscape.