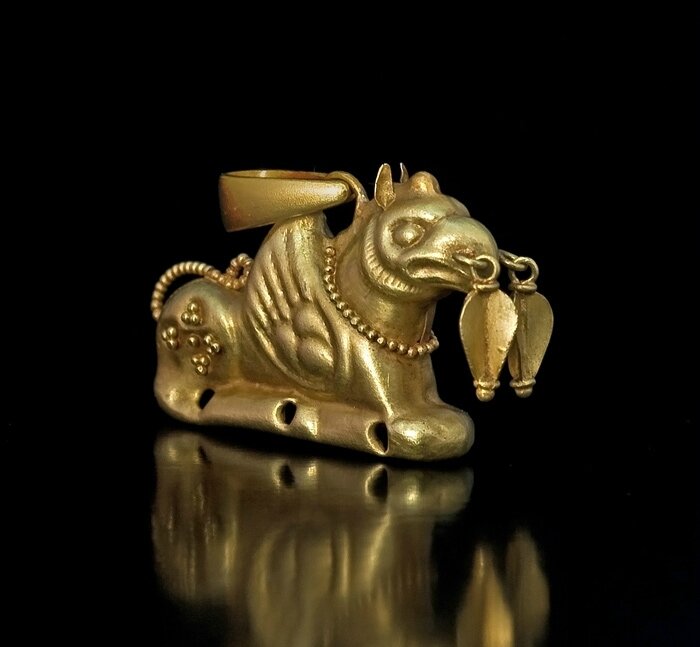 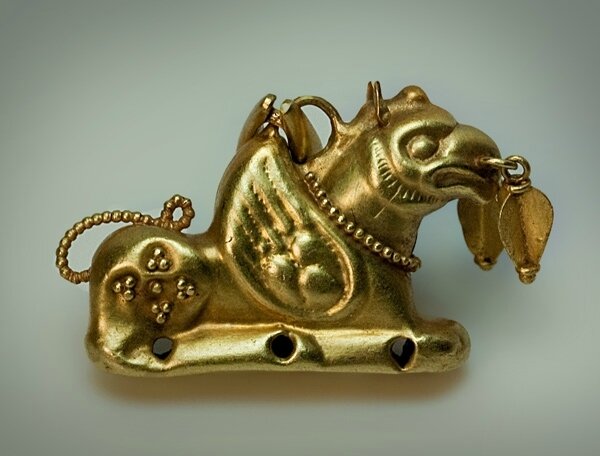 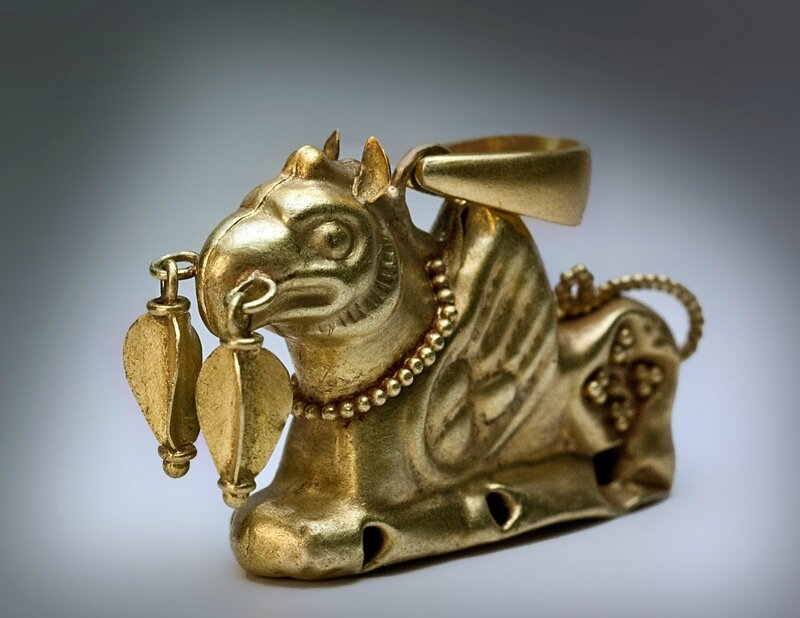 The hollow gold griffin is made from two die-stamped halves soldered together. The collar and tail are made of applied gold beads. Te lower part of the body is decorated with two granulation clusters. Two ribbed gold pendants are hanging from the griffin’s beak. Price: $8,500

The Hellenistic period is the period of ancient history between the death of Alexander the Great in 323 BC. And the emergence of the Roman empire (traditionally dated to 31 BC). During that period the Greek culture was at its peak. It heavily influenced hellenized cultures of the lands conquered by Alexander the Great (Middle East, Southwestern Asia).

The griffin, griffon, or gryphon is a mythical creature with the body of a lion and the head and wings of an eagle. The lion is traditionally considered the king of the beasts and the eagle the king of the birds. The griffin, a combination of those two animals was thought to be an especially powerful and majestic creature.

In  antiquity, the griffin was a symbol of divine power.