'Between Heaven and Hell: The Drawings of Jusepe de Ribera' at Meadows Museum

'Between Heaven and Hell: The Drawings of Jusepe de Ribera' at Meadows Museum

DALLAS, TX.- Opening March 12, 2017, Between Heaven and Hell: The Drawings of Jusepe de Ribera will be the most comprehensive presentation ever dedicated to the artist’s drawings— and the first major monographic exhibition organized on the artist in the United States in the last 25 years. Although Ribera is known principally for his paintings and prints, he produced an extensive corpus of drawings, many of which are independent studies or works of art in their own right. Co-organized with the Museo Nacional del Prado, the exhibition celebrates the publication of the first catalogue raisonné of the artist’s drawings, published jointly by the Meadows Museum, the Museo Nacional del Prado, and Fundación Focus. The Meadows Museum is the only U.S. venue for this exhibition. Born in Valencia, Jusepe de Ribera traveled to Italy as a young man, making his way to Rome, where he continued to developed his “realist” painting style, and where he lived with a group of Caravaggisti, followers of renowned Lombard painter, Michelangelo Merisi da Caravaggio (1571-1610). Ribera then moved permanently to Naples—part of the Spanish Empire at the time—where he significantly influenced the course of artistic production in the 17th century. Although Ribera is regarded as one of the masters of the Spanish Golden Age, would be on any short list of master artists from the Golden Age of Spanish painting, it has been 25 years since he was the focus of a major retrospective in the United States. Unlike Caravaggio himself—who seems not to have made drawings—Ribera produced a remarkable corpus of graphic art, with around 160 drawings attributable to him. Between Heaven and Hell highlights the variety of Ribera’s drawings, the technical skill in his use of pen, ink, and chalk, and the extraordinary originality of his subject matter, which includes anatomical figure studies, lively street scenes, capricious subjects, and scenes of martyrdom and torture. Coorganized by the Meadows Museum and the Museo Nacional del Prado, this exhibition includes 47 of Ribera’s drawings, 12 prints, 11 paintings, and one relief sculpture. Viewing such a wide range of drawings alongside works of art in other media allows the viewer a rare glimpse into the artist’s creative process. In some cases, the drawings are directly preparatory for the composition of a painting or print; in others, they enable the artist free rein to express his extraordinary imagination and creativity. The Meadows presentation is organized thematically rather than chronologically in order to explore revealing parallels between the works across the trajectory of Ribera’s career. In some cases the themes relate to recurring motifs in Ribera’s work—such as hermits and martyrs or scenes of torture—while in others they concern the artist’s particular approach to representing the world around him in graphic form, whether through his uncompromising realism, or his profound interest in the macabre. Ribera’s drawings were studied by the German connoisseur Walter Vitzthum in the 1960s, and by the American art historian Jonathan Brown in the 1970s and early 80s. This exhibition coincides with the publication of the first catalogue raisonné of the artist’s drawings written by Dr. Gabriele Finaldi, former deputy director of the Museo del Prado and now director of the National Gallery in London; together with Dr. Edward Payne, former Meadows/Mellon/Prado curatorial fellow at the Meadows Museum and now the senior curator of Spanish art at Auckland Castle in County Durham; as well as Elena Cenalmor from the Museo Nacional del Prado. This exhibition has been organized by the Meadows Museum, SMU, and the Museo Nacional del Prado and funded by a generous gift from The Meadows Foundation. 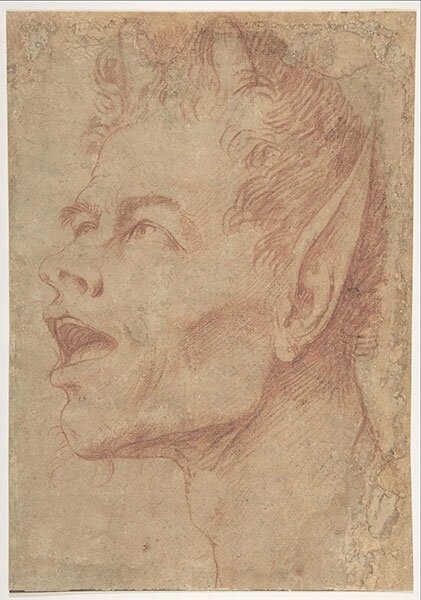 Commentaires sur 'Between Heaven and Hell: The Drawings of Jusepe de Ribera' at Meadows Museum