NEW YORK, NY.- The Onassis Cultural Center New York brings to vivid life the emotions of the people of ancient Greece, and prompt questions about how we express, control, manipulate, or simulate feelings in our own society, by presenting its groundbreaking exhibition A World of Emotions: Ancient Greece, 700 BC – 200 AD.

On view through June 24, 2017 exclusively at the Onassis Cultural Center New York, where admission is always free, the exhibition brings together more than 130 masterpieces from some of the world’s leading museums—including the Acropolis Museum, Athens; National Archaeological Museum, Athens; Musée du Louvre (Department of Greek, Etruscan, and Roman Antiquities), Paris; British Museum, London; and Musei Vaticani, Vatican City—to explore the ideas and attitudes of people in classical antiquity toward emotion and the ways in which the emotions were depicted, revealing how some are strikingly familiar to us and some shockingly alien. Although ancient Greece is often said to have been flooded with the light of reason, A World of Emotions lays bare the far different reality addressed in the Iliad, whose very first word is menis: wrath. Developed by a team of esteemed guest curators, A World of Emotions features vase paintings, sculptures (ranging from life-size statues from the Acropolis to relief carvings from cemeteries), theatrical masks, amulets, coins, and votive offerings, among other artifacts from the early 7th century BC (the traditional date of the Iliad) to the late 2nd century AD. Many are on view in the United States for the first time, and some seen for the first time outside Greece. Together, these objects provide a timely opportunity to think about the role of feelings in our own personal, social, and political lives, while helping to advance the relatively new field of the history of emotions.

Theoretical writings about human emotions date back to ancient Greece itself. Only within the past few decades, however, have scholars begun to investigate emotional life as a force that shapes societies, influences historical processes, and varies in different contexts—giving rise, for example, to such unique characteristics of ancient Greece as the belief that figures such as Eros (love) and Phobos (fear) were not just representations of emotions but actual gods to be supplicated or placated. These investigations face an inherent challenge, however, since the principal medium for research—textual evidence—is often a thin source, composed to filter, disguise, or even mute emotions as much as to reveal or arouse them. A World of Emotions expands the possibilities of a history of emotions in classical antiquity by going beyond literary texts and inscriptions to include the evidence of the visual arts. The distinguished historian Angelos Chaniotis, co-curator of the exhibition, said, “We cannot directly study neurobiological processes in ancient Greece. But we can see how social norms, religious beliefs, philosophical ideas, and education determined the manifestations of emotions, and how emotions in turn determined social interaction, political behavior, and religious practice. This is our gain from studying emotions in the Greek world. What we learn about emotions in one culture and one historical period helps us understand another. It sharpens our mind to reflect on our lives and our world.” 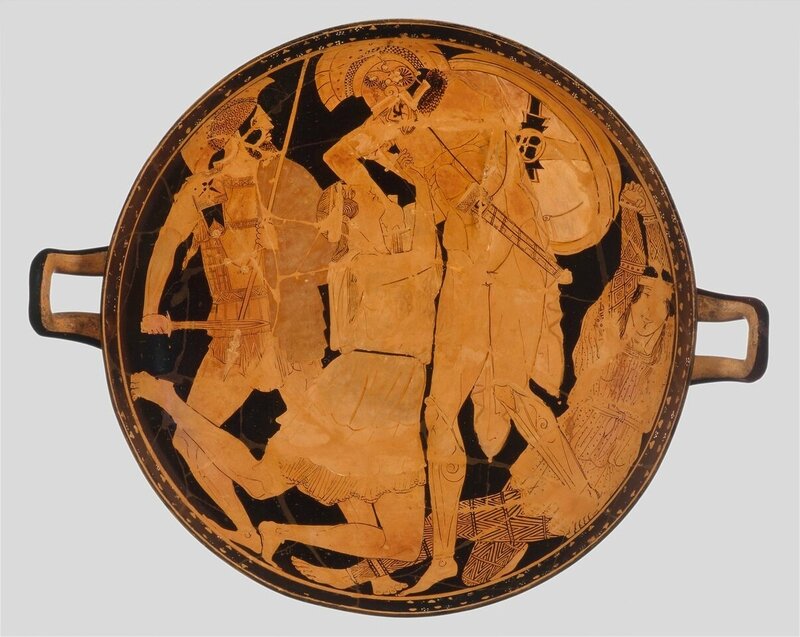 The twenty-line epigram informs us that eighteen-year-old Zoe died after marriage, giving birth to a premature baby, who “left the sunlight behind without ever crying.” The two were separated too early from parents and grandparents. Zoe’s tearful father set up the grave stele with his beloved wife. In ancient Greece, Eros was Love divinized. The sources present him as a mischievous boy lighting the flame of passion with warrior’s weapons, or as a force that brings order and harmony to conflicting elements. All agreed that his power was absolute and that neither gods nor men were immune to it. 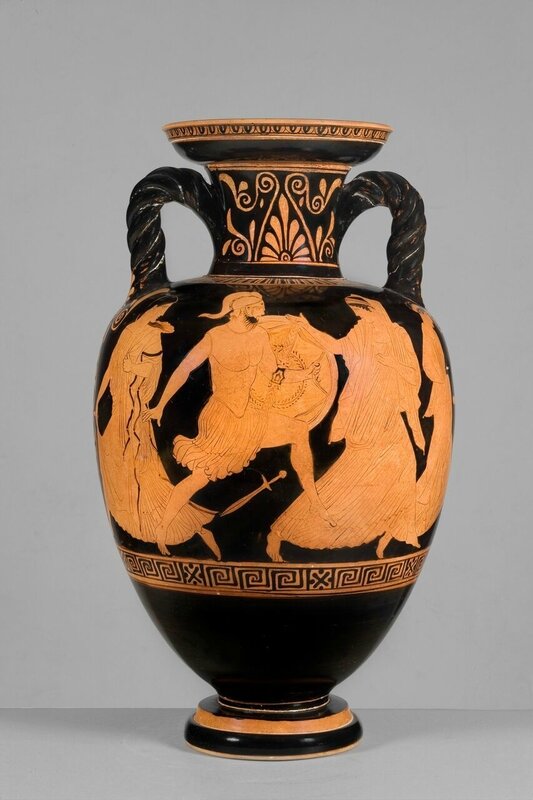 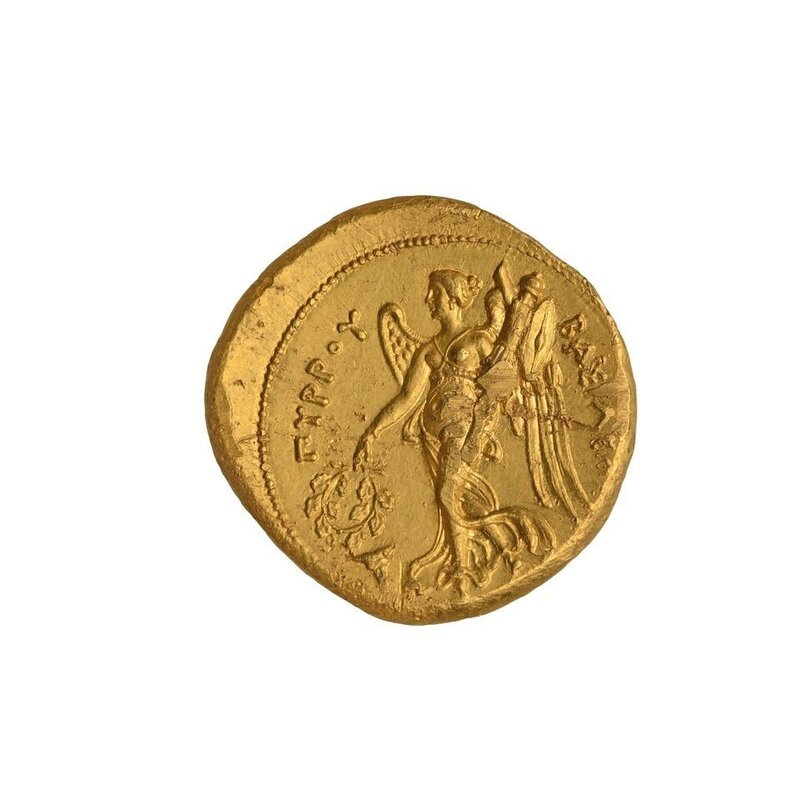 Statue of a Boy with a Goose, 3rd century BC. Marble. National Archaeological Museum, Athens, 2772 © Hellenic Ministry of Culture and Sports–Archaeological Receipts Fund 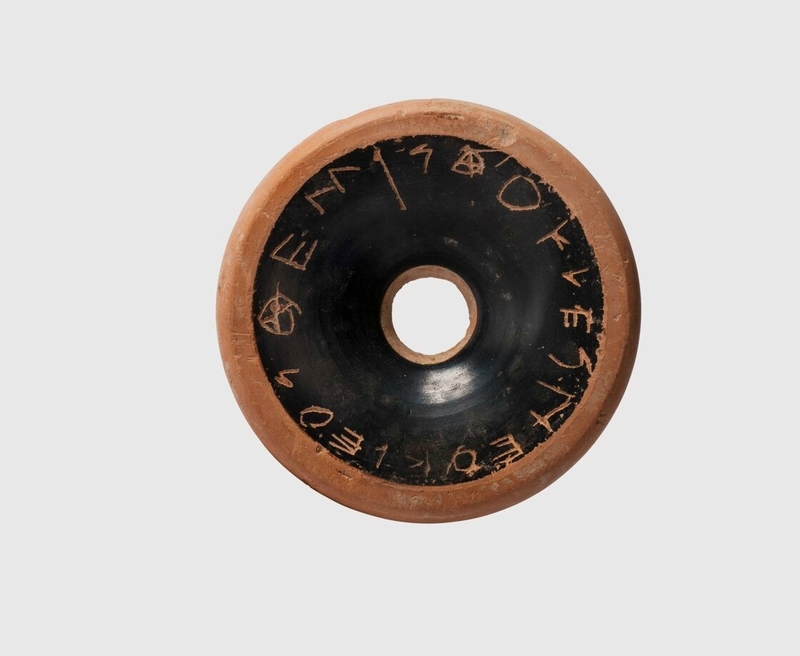 In the first quarter of the fifth century BC, 190 ostraka inscribed with the name of Themistokles, who dominated the Athenian political scene for more than twenty years, were thrown into a well on the northern slope of the Acropolis. The ostraka, primarily made from the bottoms of recycled drinking cups for wine, seem to have been mass-produced by a small number of engravers and intended for distribution to illiterate or undecided Athenian citizens. Themistokles, leader of the Athenian democrats, was a candidate for ostracism on many occasions in the 480s, but was only finally ostracized in 471 BC, due to rumors of his excessive ambition and the choices he had made with regard to foreign policy. Dinos with the Symposium of the Gods, attributed to the Dinos Painter, 420-410 BC. Terracotta, Red-figure. Archaeological Collection of Acharnes, MM 818 © Hellenic Ministry of Culture and Sports–Archaeological Receipts Fund 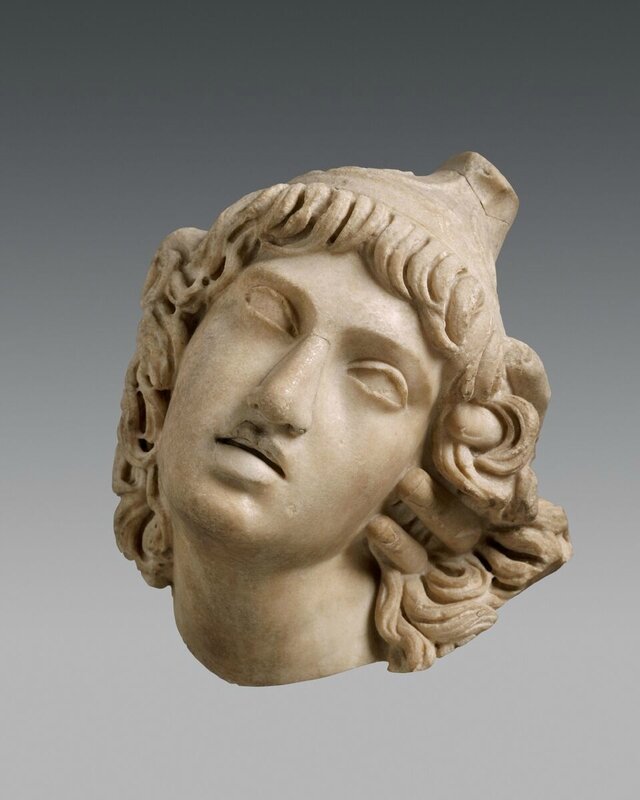