DRESDEN.- The Staatliche Kunstsammlungen Dresden is showing three exhibitions under the heading “Dresden • Europe • World” in the Residenzschloss from 3 March to 5 June 2017. They are the result of intensive research which has been realised in recent years, thanks to the significant support provided by the Museum & Research Foundation.

With the title “Stories in miniatures”, the “Collection of Indian Paintings in the Dresden Kupferstich-Kabinett” is being shown to the public for the first time. Both of these extensive collections offer insights into the world of Indian miniature paintings from the late 17th and 18th centuries. The collections are presented in the context of the European reception to Indian culture and testify to the curiosity of foreign cultures in Dresden.

In addition to this main exhibition, there are two more presentations. “Women Cross Media. Photography, porcelain and prints from Japan and China” is dedicated to the visual construction of femininity in Japanese and Chinese art. Using a cross-media approach, the relationship between traditional iconography and western influence is explored on both porcelain and early photographs.

The “Global Player” presentation sketches out the interconnection of Dresden with the world from the 16th to the 18th century. The exhibits are examined as indicators and actors of trans-cultural movements under the main heading “Transfer”. Using individual objects as examples, it is possible to shed light upon different aspects of the complex transfer processes which occur – in the past as well as today – when different cultures encounter one another. STORIES IN MINIATURES. THE COLLECTION OF INDIAN PAINTING IN THE KUPFERSTICH-KABINETT
Dresden Royal Palace, Kupferstich-Kabinett, 3 March to 5 June 2017
The starting point for this comprehensive research and exhibition project on the cultural exchange between Germany and India are two virtually unknown collections of Indian miniatures in the KupferstichKabinett, which are now being put into the spotlight in cooperation with the Chhatrapati Shivaji Maharaj Vastu Sangrahalaya, the former Prince of Wales Museum in Mumbai. The miniatures provide colourful insights into courtly imagery, workshop practice and traditional forms of depiction on the Indian subcontinent.

The Heucher Inventory of 1738 displays many collections of Indian prince portraits and other works, later consolidated as “Indika”. Even in India, comparable volumes have mostly been broken up and the miniatures separated into individual items, meaning that the six surviving Dresden albums are exceptionally rare. Originally mostly from India’s Deccan Plateau at the end of the 17th and early 18th Century, part of the collection came to the Baroque Court of Saxon ruler Augustus the Strong. The albums are evidence of the early reception of Indian art at the Dresden Court, where they have been awarded a special place in the context of the collection of Asian and Chinese artworks.

A second group of 78 miniatures comes from the estate of philosopher August Wilhelm Schlegel (1767-1845), who was a figure of great importance in Dresden Romanticism and the first German Indologist. In 1848, August von Buttlar, Schlegel’s heir, presented the KupferstichKabinett with eight engraved boxes of these works. In contrast to the “Indika” purchased during the 18th century, this inventory shows a greater variety of motifs with many scenic representations.

The exhibition brings together around 200 objects, including valuable loans from the British Museum in London, the Rijksmuseum Amsterdam, the Albertina in Vienna, the Bibliothèque Nationale in Paris and the Museum of Asian Art in Berlin.

WOMAN CROSS MEDIA. PHOTOGRAPHY, PORCELAIN AND PRINTED GRAPHICS FROM JAPAN AND CHINA
Dresden Royal Palace, Sponsel-Raum, 3 March to 5 June 2017
“Women Cross Media” is an interdisciplinary approach to the question of how femininity was constructed and staged in East Asian art from the early 18th to the late 19th century. Selected objects of the Porcelain Collection, the Photography Collection of the Museum of Ethnology and the Kupferstich-Kabinett enter into a dialogue. Representations of beautiful women are among the central themes of both Chinese and Japanese art. In the early development of Chinese painting, the teaching of moral didactic values played an important role. With the growing interest in everyday life during the Tang Dynasty (618-907), women became a decorative motif. In contrast, Japanese porcelain from the Genroku Dynasty (1688-1704) or souvenir photographs from the Meiji Dynasty (1868-1912) put a strong emphasis on women from the entertainment milieu. In Japan, the Geisha attained almost iconic status towards the end of the 19th century. By no later than 1900, traditional East Asian iconography and the fantasies of Western recipients as potential collectors of these objects merged into a visual language on its own. Japanese fashion and the growing ethnographic interest in Asia at the end of the 19th century increased the production of images. Aspects such as commercialisation, ideals of beauty and the formation of stereotypes resulting from these are explored critically in media comparison. 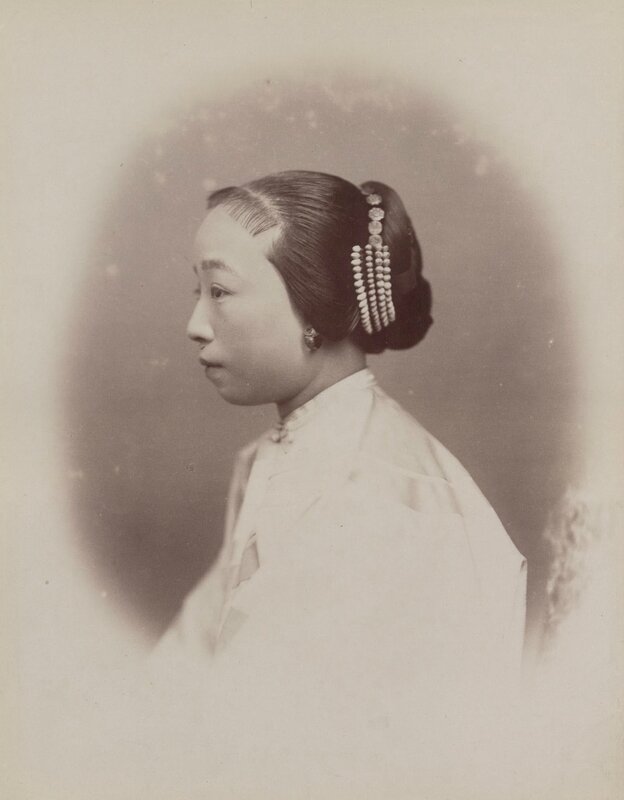 GLOBAL PLAYER
Dresden Royal Palace, Studiolo in Georgenbau, 3 March to 5 June 2017
The “Global Player” exhibition in the Studiolo is dedicated to Saxony’s interconnections with the world. Selected objects are deployed to explore the trans-cultural interrelations that are found even as early as in the art of the 16th century.

The central object of the presentation – a globe from the 17th century – not only represents the the transfer of geographical knowledge; it is also the entry point to the objects presented in the space.

Starting from the central object of the presentation, a 17th century globe, it is possible to reveal the most diverse transfer processes; these offer the visitor surprising discoveries. Exotic materials such as ostrich eggs were successfully worked into artistic vessels at the Saxon Court. Not only do they represent a material transfer; a transformation of iconography can also be identified. The sketch for a costume for “August the Strong as Chief of the Africans” is, in turn, not only an example of the festive culture at the prince-electoral court of the early modern period, but also an indicator for the perception and acquisition of foreign items. The fact that this interplay was never a one-sided process is made clear from the example of the export of linen from Saxony: it was used as a trade commodity in the transatlantic slave trade as far as West Africa and the Caribbean. Overall, the presentation opens up a wide panorama of transfer processes that demonstrate the interconnection of Dresden with the world during the early modern period. Unknown artist, August the Strong as the head of the Africans, 1709, pen and brush in water and colors, gold over graphite, 464x277 mm (leaf), Kupferstich-Kabinett, © SKD