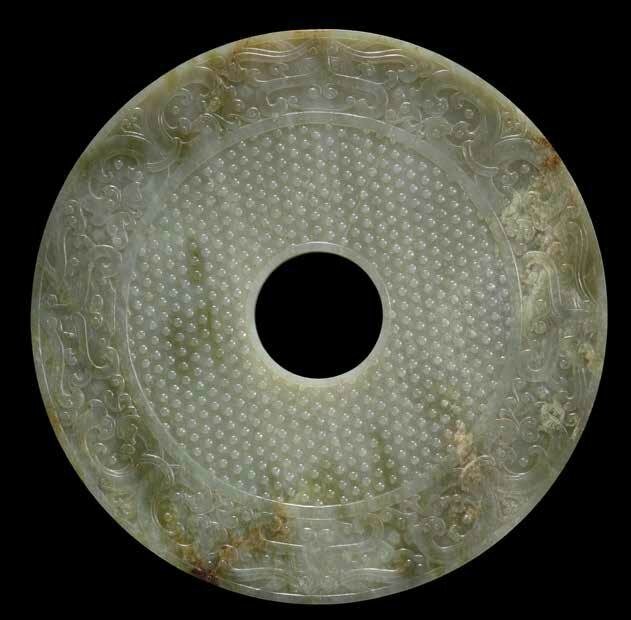 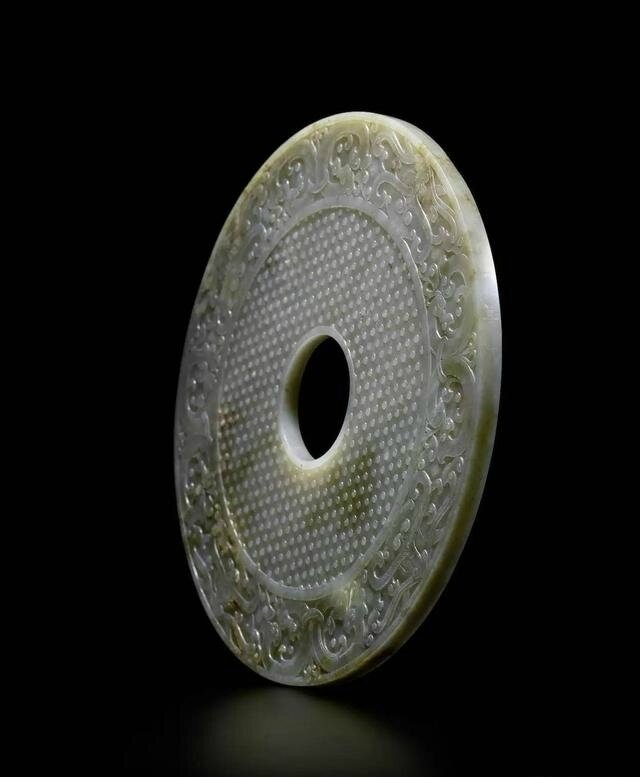 Carved on both sides, the disk centers on an aperture delimited by a plain border, encircled by a wide interior band of circular studs arranged in a grid, surrounded by an outer band decorated with four taotie masks linked by archaistic phoenixes, the edge of the disk carved with a inscription in regular script. 9in (22.9cm) diameter