LONDON.- Nine superb works by Carl Fabergé and two by the eighteenth-century goldsmith, Johann Christian Neuber, have been donated to the Victoria and Albert Museum by Nicholas Snowman OBE from the Kenneth and Sallie Snowman Collection under the Cultural Gifts Scheme. The Scheme was introduced by the Government in 2013 as a major initiative to encourage life-time giving to UK public collections. This is the second gift under the Scheme to be allocated to the V&A. The V&A has one of the finest and most comprehensive collections of jewellery in the world, and these treasures are now on display in the Museum’s William and Judith Bollinger Gallery, which tells the story of jewellery in Europe from prehistoric times to the present day.

Very few Fabergé items are held in British public collections. These nine items of exceptional quality, including some of fascinating provenance, constitute a major benefit to the study of European jewellery in the UK. Kenneth Snowman CBE FSA (1919-2002) was the pre-eminent authority on the Russian goldsmith Fabergé and was even called on by James Bond for his advice on a Fabergé problem in The Property of a Lady, a short story published by Ian Fleming in 1963. Snowman published his first book on Fabergé in 1953 and the works presented to the V&A reflect a career of fifty years as scholar, dealer and curator.

The Fabergé pieces include four carved animals from the collection of Queen Alexandra, who, with her husband King Edward VII, was an important patron of the London branch of the famous Russian goldsmith. The animals are masterpieces of carving in chalcedony and agate, and include a baboon hissing in defiance, a sturgeon, a kangaroo and a chinchilla. The other Fabergé animals include an obsidian seal, in which skin texture and stone are perfectly matched, and a highly stylised smoky quartz hare which shows the influence of Japanese netsuke on Fabergé’s work. The most evocative of all the Fabergé objects is a rock crystal letter opener, mounted in gold and set with a diamond. This was a present from the Tsarina Alexandra of Russia to her former English governess, ‘dear Miss Jackson’, at Christmas in 1900. Miss Jackson had been Alexandra’s support after the early death of her mother. Kenneth Snowman was also a distinguished authority on eighteenth-century goldsmiths’ work. The Cultural Gift also includes two exquisite examples that were once in the legendary collection of King Farouk of Egypt. Both are made of gold and inlaid hardstone by Johann Christian Neuber, the most famous of the court goldsmiths at Dresden in the late eighteenth century. One is a circular box mounted with 77 numbered specimens of different stones from Saxony – a miniature museum of geology which could be carried in the pocket. Each stone and the location of its source are identified in a book inside the box. The other piece by Neuber has been described as the finest chatelaine he ever made. It is a declaration of love in French, richly decorated with amatory symbols and words of passion.

The donor, Nicholas Snowman, said: “In 1977 my father, Kenneth Snowman, curated a major Fabergé exhibition at the Victoria and Albert Museum to honour the Queen's Silver Jubilee. He was devoted to the V&A, lending a rare enamelled ring mounted with a cameo of Elizabeth I in 1975 and a selection of eighteenthcentury gold boxes after my mother died in 1995.

“Following his death it seemed a fitting tribute in 2003 to their connoisseurship to extend the loan from the Kenneth and Sallie Snowman Collection to include work by Fabergé. They would have been delighted that the spiral display of Fabergé pieces has become one of the best-loved features of the jewellery gallery. It includes four of Queen Alexandra's Fabergé animals and a rock crystal letter opener which was a present from the Tsarina Alexandra to her English governess.

“Now, fourteen years later, it gives me great pleasure that a major part of the Kenneth and Sallie Snowman Collection has been accepted by the Cultural Gifts Scheme for donation to the V&A. I am delighted that in addition the Elizabeth I ring, on loan for over forty years, will find a permanent place in the V&A, presented through Art Fund. Consequently the Museum now possesses the most significant public collection of Fabergé in Britain and its important collection of gold boxes has been enriched enormously.” 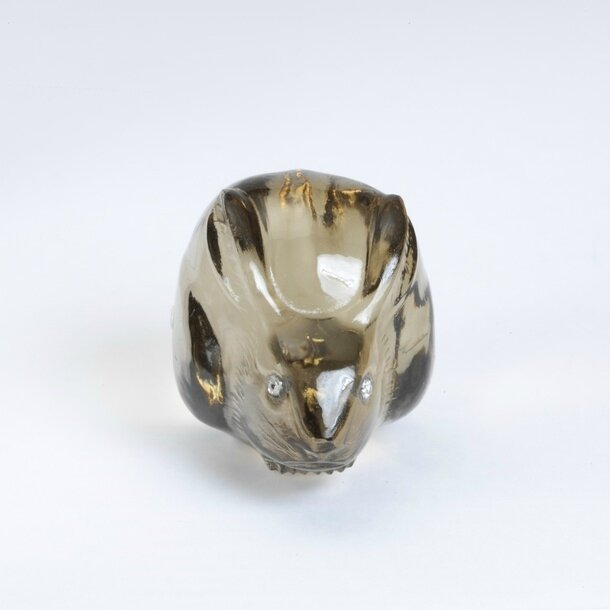 Edward Harley, Chairman of the Acceptance in Lieu Panel, said: “The eleven objects accepted under the Cultural Gifts Scheme illustrate the extraordinary workmanship of some of the finest jewellers and goldsmiths of the eighteenth, nineteenth, and early twentieth centuries. Many of the objects are of great charm and some have truly fascinating provenance. I am very pleased that the Cultural Gifts Scheme has been able to help these items find a home in a public collection where visitors and scholars alike can study their history and marvel at their beauty.” Matt Hancock, Minister of State for Digital and Culture, said: “It is fantastic that this outstanding collection from world-renowned jewellers and goldsmiths will be on public display at the V&A.

“The Cultural Gifts Scheme is a great success and last year alone works of art worth almost £50 million were acquired for the whole nation and our visitors to enjoy.

“It has brought great benefits for museums and everyone can visit and enjoy many more wonderful treasures in our national collections as a result.” Tristram Hunt, Director of the Victoria and Albert Museum, said: “Nicholas Snowman’s Cultural Gift is the most important donation of Fabergé ever made to a British public collection and will greatly enrich the V&A’s jewellery holdings. It is an act of great generosity and cultural philanthropy. The collection evokes the Russia of Nicholas and Alexandra as well as court life in Edwardian Britain. Like the box and chatelaine by Neuber, and the Elizabeth I cameo ring, which has been presented through Art Fund, their virtuoso craftsmanship will be inspirational.” Stephen Deuchar, Art Fund Director, said: “We're immensely pleased that Nicholas Snowman, a treasured Art Fund supporter, has gifted this very special Elizabeth I cameo ring to the V&A through us - in recognition of our recent campaign to save the Armada Portrait for Royal Museums Greenwich. We're delighted that this beautiful piece of jewellery has found a permanent public home at the V&A.”