LONDON.- The dramatic bronze sculpture, An Athlete Wrestling a Python by Frederic, Lord Leighton, sold at Bonhams Important Design Sale today (Wednesday 5 April) for £106,250 against an estimate of £50,000-80,000. This, the inaugural Important Design Sale, made a total of £1,443,750.

An Athlete Wrestling a Python is a very rare bronze reduction by Leighton, a revered Victorian painter and sculptor. The full-scale work, dated 1877, is now part of the Tate Britain collection in London.

Bidding was fierce when a porcelain bowl by Dame Lucie Rie crossed the block. The bowl, of wide conical form raised on a slender circular foot, sold for an impressive £106,250 against an estimate of £20,000-30,000. Lot 64. Holme Cardwell (British, 1813-1895): A monumental carved white marble figure of 'Diana About To Bathe', the large than life-size barefoot nude goddess resting against a draped rustic tree stump, her bow and quiver and sandals to one side, on naturalistic integral square base, signed to one side HOLME CARDWELL OF MANCHESTER, Sculpt. ROME 1862, and raised on a later green marble moulded stepped square plinth, the figure, 187cm high, the plinth, 42cm high (2). Estimate £30,000-50,000. Sold for £85,000 (€99,403). Photo: Bonhams. 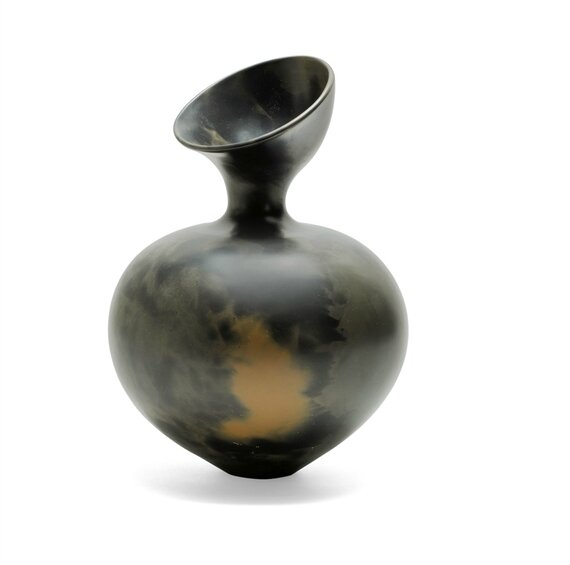 Jon Baddeley, Managing Director, Bonhams Knightsbridge said, “This was the first in our Important Design series at Bonhams showcasing some of the very best sculpture, ceramics, furniture and silver in their respective fields. We were delighted with the results which demonstrate that buyers want tightly curated sales that offer fine quality, good provenance and items that are fresh to the market. We are looking forward to our next Important Design Sale on 25 October for which we have already had some exciting consignments. It is interesting to note that buying across collecting categories is a trend that’s here to stay.”