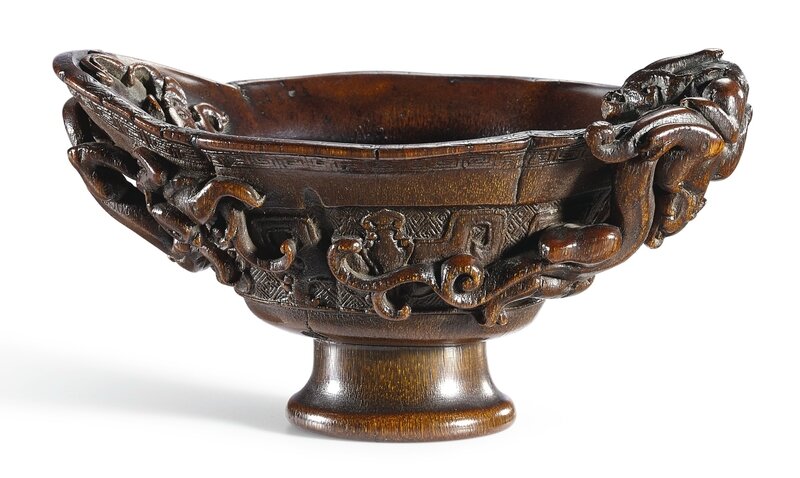 well patinated and carved with a quatrefoil rim tapering to an oval splayed foot, the exterior decorated in low relief with a frieze of taotie masks against a diapered ground below a key-fret band, one side of the vessel with three clambering chilong, the reverse with a handle modelled as two sinuous chilong, one depicted clambering onto the interior, facing a further mythical beast on the other side, the base with an apocryphal two-character Xuanhe seal mark

Note: The seal on the base reads Xuanhe, which is the reign mark of Emperor Huizhong of the 12th century; the penultimate ruler of the Northern Song dynasty. Huizhong was a keen collector and connoisseur of arts and is known to have sent his officials all around the country to find pieces for his imperial collection. The Xuanhe reign mark can be found on a number of rhinoceros horn vessels which are discussed by Jan Chapman in The Art of Rhinoceros Horn Carving in China, London, 1999, pp. 217-224. Chapman notes that the seal was widely used on examples of decorative art from later periods in Chinese history.