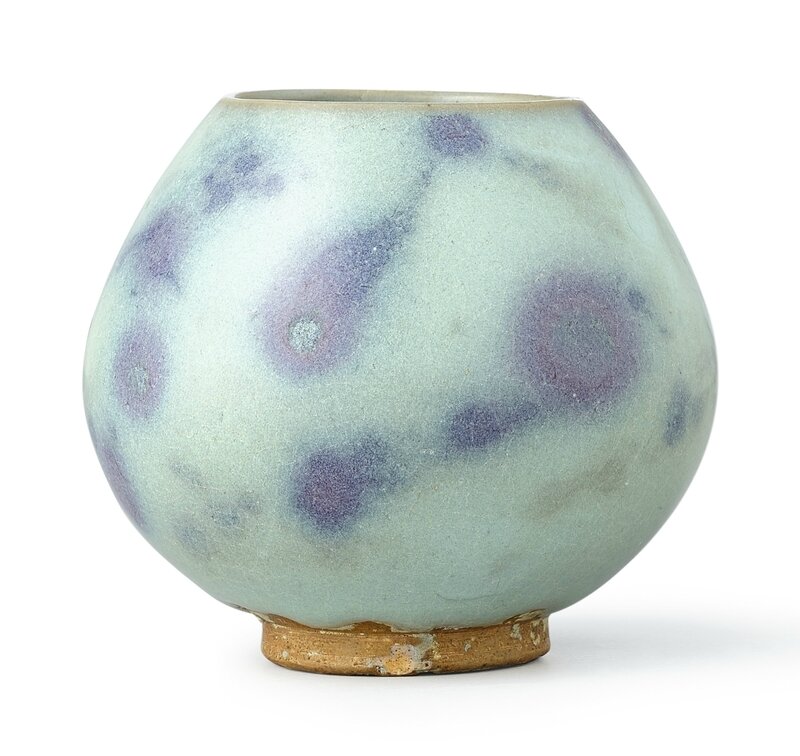 with deep rounded sides supported on a neatly cut footring and tapering to the mouth, the exterior and base unctuously applied with an opaque blue glaze thinning to a mushroom tone at the rim, the exterior further accentuated with liberal splashes of purple, the glaze falling short above the foot revealing a greyish body burnt to orange in the firing

Note: A Junyao lotus bud waterpot of this shape and size, from the British Rail Pension Fund and exhibited on loan at the Dallas Museum of Art between 1985-88, was sold in our London rooms, 12th December 1989, lot 85.