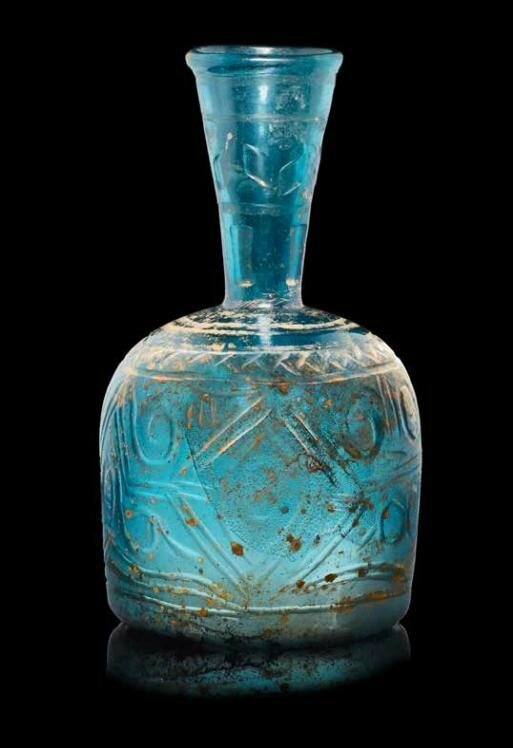 Note: Fragments of glass showing freely drawn half-palmettes and vegetal motifs stemming from a base have been excavated in Samarra and Nishapur and an important nearly complete example is in the Al-Sabah Collection, Kuwait (LNS 113 KG). More stylized and formal vegetal motifs are present on 10th century relief cut glass and on late 10th-11th century Fatimid rock crystal. A comparable piece in the Khalili Collection displays similar engraved decoration (see Goldstein 2005, p.201). A number of sherds and vessels with related decoration were unearthed during the excavation at Nishapur and have been subsequently published by Kröger in 1995. Kröger classified the designs according to three techniques; linear, intermediate and slant-cut. The current lot displays the linear style (Kröger 1995, pp.163-164).