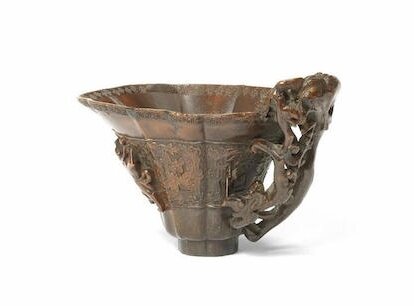 Boldly carved in high relief around the body with two powerful and dynamic chilong, another three chilong forming the handle, the largest biting the lip and confronting a smaller chilong drawing back in the interior, the exterior with a band of stylised dragons on a leiwen ground, key-fret borders around the inner and outer lip.