CHICAGO, IL.- The April 23 ­ 25 auctions at Leslie Hindman Auctioneers included a two-day Important Jewelry auction followed by Fine Silver Jewelry and Fine Timepieces. The auctions realized over three million in sales with international participation, especially online and in the room. The Important Jewelry sale featured sessions from top designers such as Tiffany & Co., Van Cleef & Arpels and Bulgari. Among designer highlights, Tiffany performed particularly well. Other items that were highly in demand included diamonds, of fancy shapes, and coral.

Among top selling diamonds was a platinum marquise cut Golconda-type diamond ring that sold for $227,000 against an estimate of $175,000 ­ $225,000. Overall, results for diamonds showed renewed enthusiasm and strong prices realized, especially for fancy shapes. Diamond buyers participated globally, most of the top lots selling to national buyers participating in the saleroom and via absentee bids. Accompanied by a Gemological Institute of America diamond grading certificate number 2161164340, dated May 30, 2014, stating Color: E, Clarity: VVS2 with a note that the clarity may be improved, Polish: Good, Symmetry: Very Good, Fluorescence: None.

Accompanied by a Gemological Institute of America diamond type analysis report stating that the 5.79 carat diamond has been found to be Type IIa. Type IIa diamonds comprise less than 2% of all gem diamonds and are highly prized for their purity due to their lack of nitrogen, the coloring agent which causes a yellow hue in diamonds, and their optical characteristics, often attaining the highest levels of clarity. 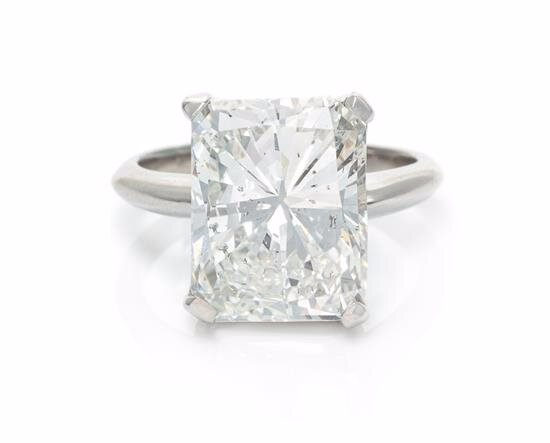 The sale had a session of Tiffany & Co. that proved strong in the market. A green gold, emerald and pearl pendant/brooch by Paulding Farnham for Tiffany & Co. sold for $21,250, well above its $5,000 ­ 7,000 estimate. This particular brooch had never been offered for sale. Alongside the rarity of its design, it drew competitive bidding both in the room and by phone bidders. Another Tiffany example is a platinum, 18 karat yellow gold and diamond articulated flower brooch by Jean Schlumberger for Tiffany that sold for $20,000 (estimated at $8,000 ­ $12,000). The strong price realized reflects the strength of mid-century signed jewels and is an example of the desire for iconic periods from known designers. 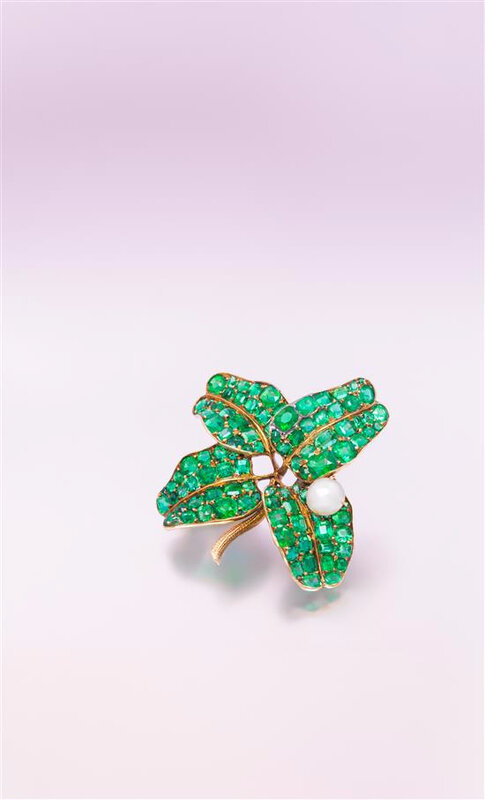 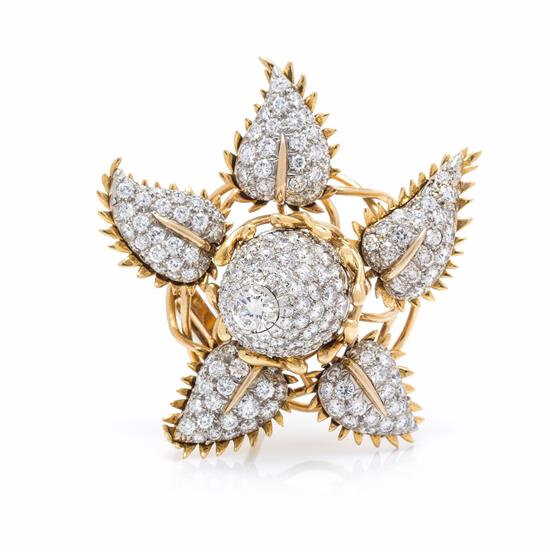 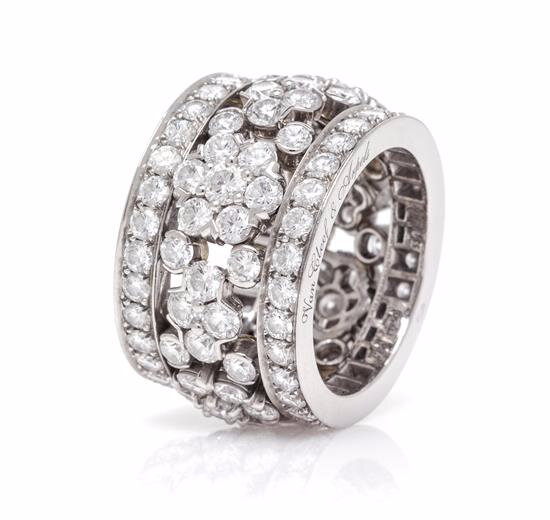 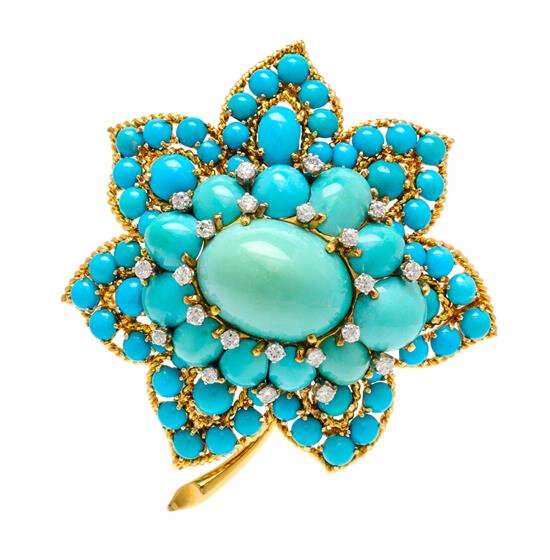 Coral proved popular among collectors, showing an all time high for demand. Of the finest color were platinum, diamond and coral pendant earclips that sold for $18,750 against an estimate of $3,000 ­$5,000. Another example of coral that drew competitive bidding was a Schlumberger for Tiffany & Co. fine platinum, 18 karat yellow gold, diamond and coral torsade that sold for $13,750. 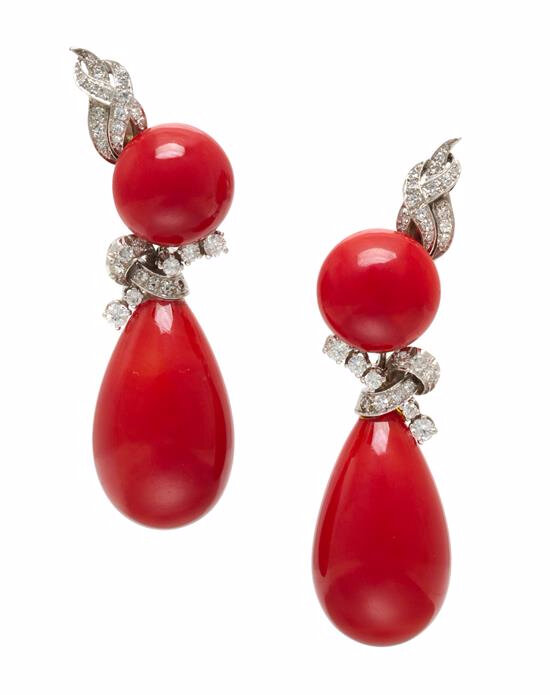 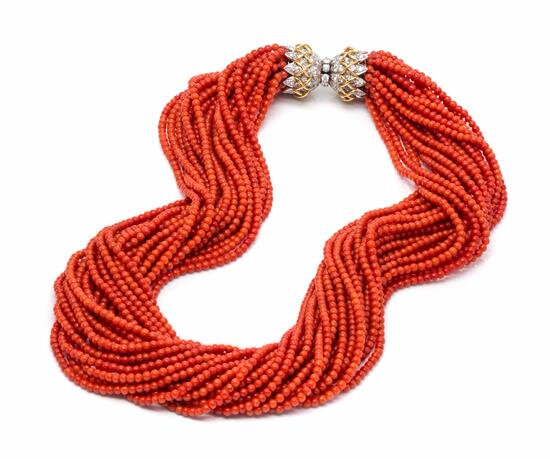 Following the Important Jewelry sale was a Fine Timepieces sale on the evening of April 25. Drawing the most significant attention was the Paul Newman Daytona Cosmograph Wristwatch. Consigned as an individual item by a private collector, the Daytona had never been polished and was offered with its original box and papers. Bidding for the timepiece drew international attention, mostly from bidder participating by phone from Hong Kong, London and across the United States. It sold to a private buyer in the U.S. for $161,000 against a presale estimate of $65,000 ­ 85,000. 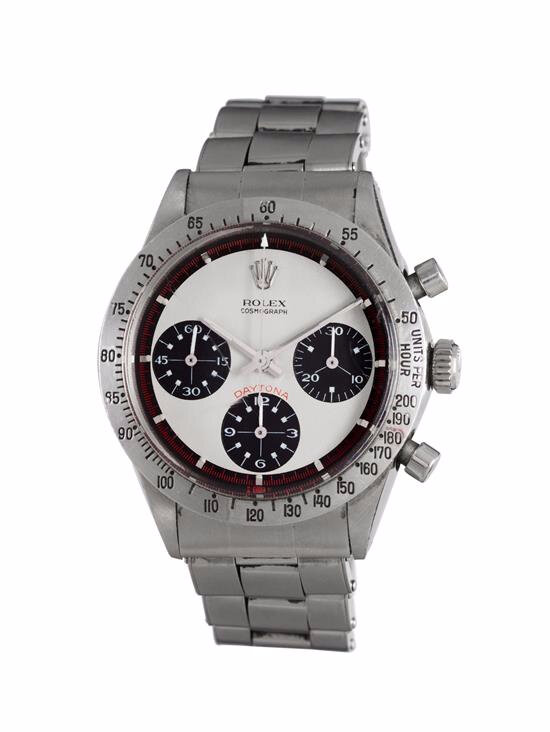 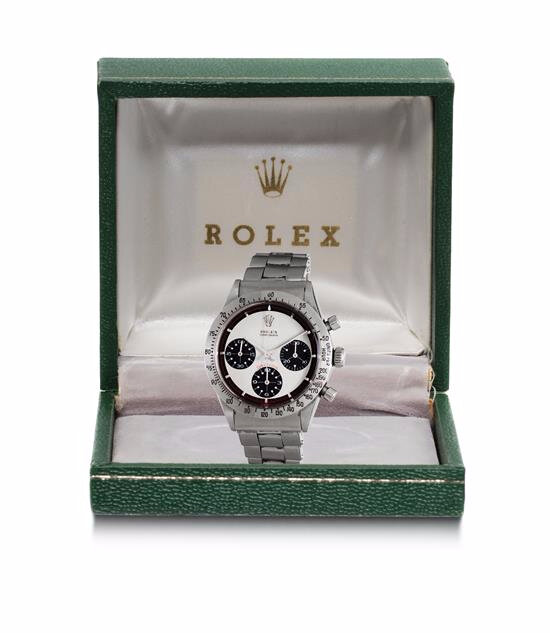 Accompanied by an original Rolex case, booklet and certificate of authenticity.