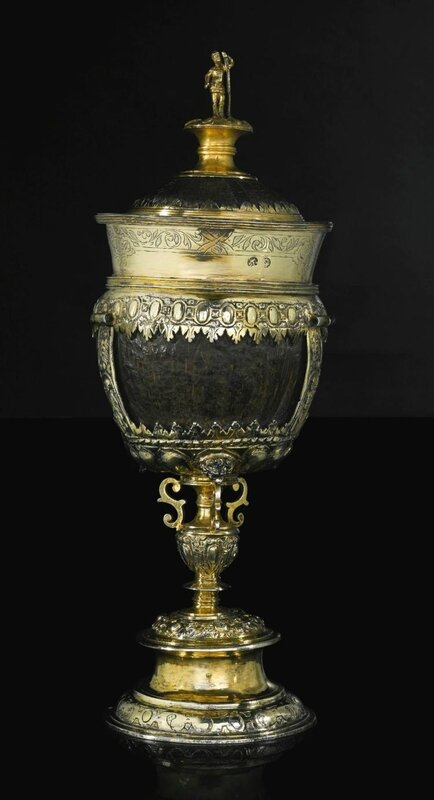 the body and cover rims engraved with hatched foliage in strapwork reserves,  mask and helmeted figure forming the straps, on a bracketed vase stem and domed foot cast and chased with fruit and strapwork, warrior figure finial  marked on body, cover and foot; 28cm, 11in. high.

Note: Several Continental European towns used a lion rampant as their silver hallmark, although those with a left-looking animal in a circular surround were fewer. One possibility for the marks on this cup is Luneburg where a maker fitting the initials, Hans Drösemann is recorded before 1591. See: Wolfgang Scheffler, Goldschmiede Niedersachsens, Berlin 1965, no. 109