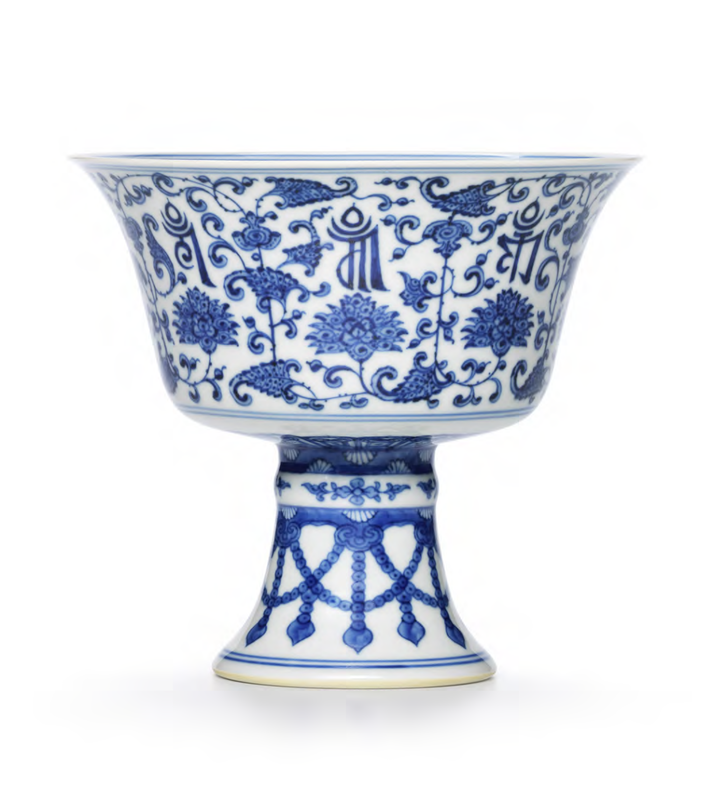 The steep flaring sides vividly painted with eight evenly-spaced lança characters enclosed within undulating lotus stems issuing stylised blossoms and acanthus leaves, the underside with a frieze of tightly bound lotus lappets, all raised on a tall spreading stem foot decorated with bands of demi-flowerheads and floral sprays on a raised rib above pendent interlinked tassels issuing from ruyi-heads, the interior further painted with a stylised peony medallion within a double-line border repeated at the rim, the interior of the foot with a six-character zhuanshu seal mark in underglaze blue, fitted box. 14.7cm (5 3/4in) diam. x 13.2cm (5 1/4in) high (2).

Note: The present stem cup, inspired by Tibetan butter lamps or chang ming deng, is remarkable for the superb painting in lighter and darker tones of underglaze blue, simulating the 'heaped and piled' effect of the early Ming dynasty' imported cobalt blue. Also noteworthy is its unusual large size, measuring 14.7cm diam. and 13.2cm high, in comparison to the much smaller standard size of 8.5-10cm high.

The Qing emperors publicly supported Tibetan Buddhism which brought both political and to varying extents personal benefits, by ensuring solidarity with Mongolian and Tibetan allies and providing personal spiritual guidance. The Qianlong emperor was particularly dedicated to the practice of Tibetan Buddhism and this is reflected in many ceramics and decorative arts produced for the court and as gifts during his reign. 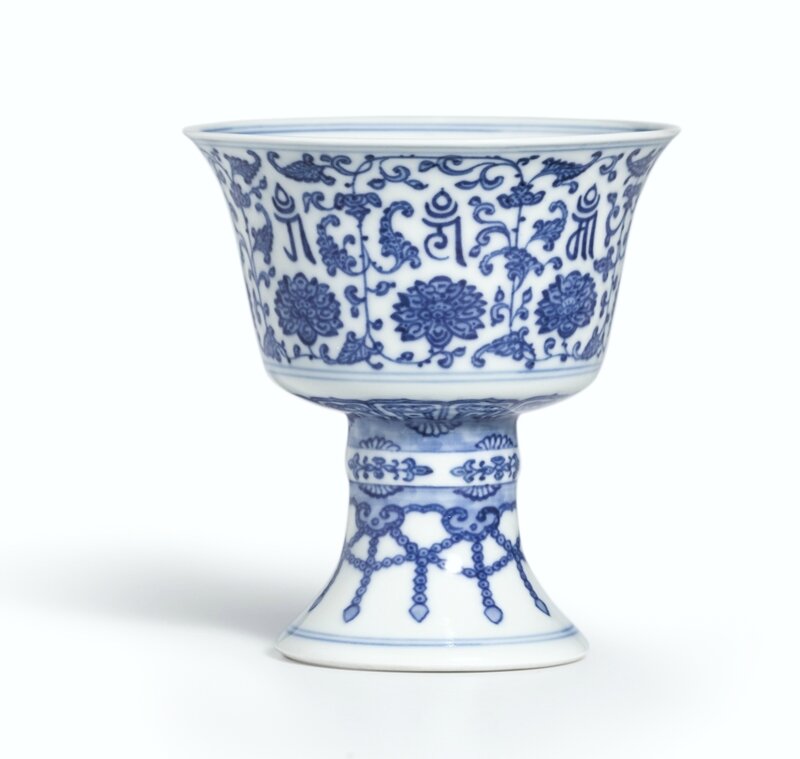