British and American badges from the 1970s onwards. Plastic, paper and metal. © 2017 Trustees of the British Museum.

LONDON.- 2017 is the 50th anniversary of the passing of the Sexual Offences Act in July 1967. This legislation partially decriminalised homosexuality in England and Wales and marks an important milestone in the campaign for equality. The display Desire, love, identity: exploring LGBTQ histories marks this anniversary. There will also be an accompanying trail highlighting fourteen key objects in the permanent galleries.

The display provides glimpses into LGBTQ experience across time and around the world through the British Museum’s collection building on Richard Parkinson’s recent ‘A Little Gay History’ book. The earliest object dates from around 9000 BC. Some objects relate to named individuals, such as the the emperor Hadrian (AD 76-138) and his lover Antinous, now one one of the better known same-sex relationships in history. The display will include a coin depicting Antinous that was issued after his death to please the grieving Emperor. Other objects reflect the experiences and lives of people whose names are not known to us, and offer glimpses into what the novelist E.M. Forster memorably described as a ‘…great unrecorded history.’ 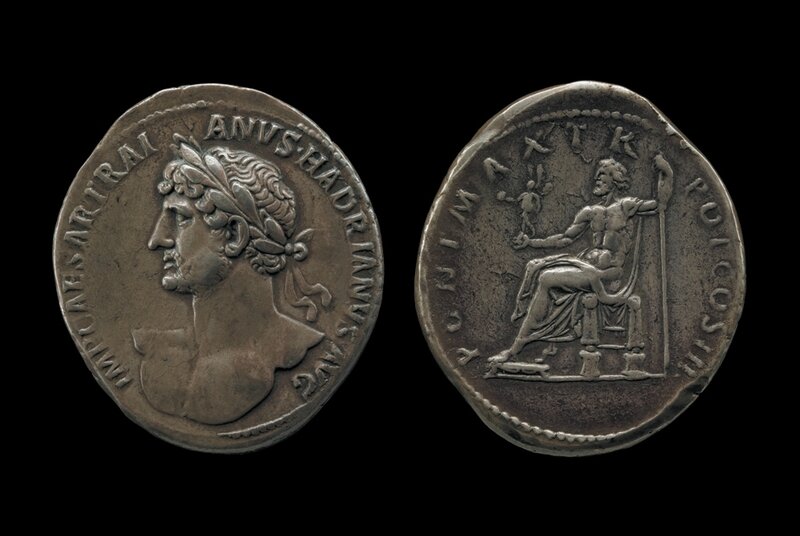 Ranging chronologically from ancient history to the present day, the objects often prompt questions, challenging the contemporary viewer to consider the assumptions that they bring to objects from other cultures, traditions or the more distant past. The display draws on material from across the breadth of the Museum’s collection including coins, medals, and prints. As well as highlighting famous figures such as the poetess Sappho, Hadrian and Antinous, the display looks beyond Europe’s past to explore less familiar themes and stories. This display will include modern and contemporary works (such as Otsuka Takashi’s Drag Queen Deck) and a selection of LGBTQ campaign badges from the 1970s to the present day.

A significant number of objects related to LGBTQ histories are already on permanent display in the British Museum’s galleries. The trail will help visitors to easily identify a selection of these objects and explore LGBQT histories in the Museum’s collection in more depth. The trail is based around 14 key objects in the permanent galleries, allowing the LGBTQ aspects of these artefacts to be explored in their particular historical and cultural context. The trail will include collection highlights, objects such as the remarkable Warren Cup, a Roman silver drinking cup dating to around AD 10 decorated with scenes showing two pairs of male lovers. The Warren Cup was acquired by the Museum in 1999; its history provides a powerful illustration of changing attitudes to homosexuality.

The British Museum has longstanding relationships with LGBTQ organisations, and many individuals shared their expertise and experiences to help shape the final display and trail. David Hockney (b. 1937), In the dull village from the series Fourteen Poems by CP Cavafy. Etching, 1966. © David Hockney. Reproduced by permission of the artist.